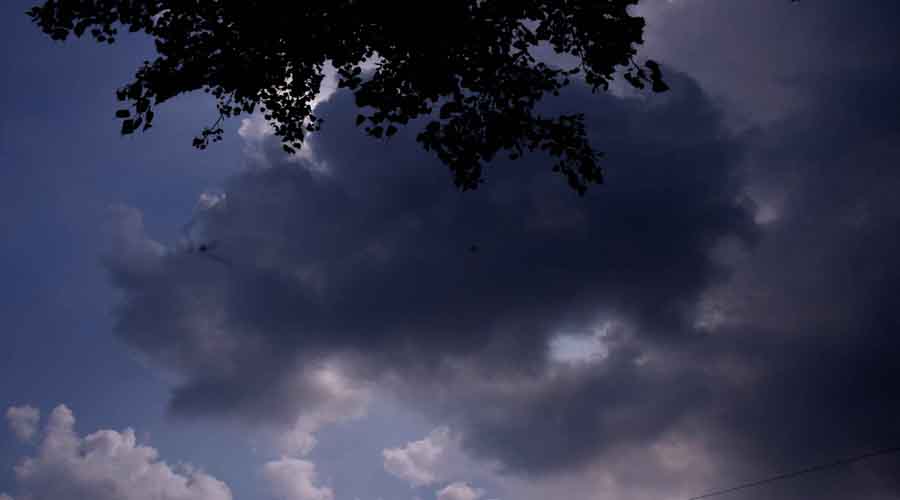 The IMD’s Ranchi Meteorological Centre on Friday afternoon issued a red alert on thunderstorm and lightning in several districts across Jharkhand during the next 24 hours.

A special bulletin issued by the Ranchi Meteorological Centre on Friday afternoon indicated moderate to severe thunderstorm and lightning accompanied by rain in  many parts of Lohardaga, Gumla, Jamtara, Giridih, Dumka and Koderma.

“People are advised to take shelter in pucca houses and avoid taking shelter under trees. Farming operations need to be temporarily suspended. People should stay away from electric poles and wires,”stated the bulletin.

It said the thunderstorm could damage thatched huts and cause minor r damages to power and communication lines.

According to the bulletin, the thunderstorm could also damage paddy crops, orchards and standing crops.

The director of the Ranchi Meteorological Centre, S.D. Kotal, said a cyclonic circulation was prevailing over eastern Uttar Pradesh extending between 1.5km and 3.1km above mean sea level.

Kotal said they have also issued an alert of heavy rain over north-east and southern Jharkhand between July 4 and July 6.

Monsoon activity was normal over Jharkhand during the last 24 hours.The northern limit of monsoon was today passing through Ganganagar,  Narnaul, Gwalior  and Daltonganj.

Met statistics revealed that several places in districts like Pakur , Gumla  and Lohardaga experienced moderate to heavy rains during the last 24 hours.

Meanwhile,  heavy moisture incursion into the atmosphere resulted in a rise in humidity and thus the discomfort index in  several parts of the state including Jamshedpur and  capital Ranchi.

People sweated and felt uncomfortable  in steel city as the discomfort index was as high as 67 degrees, 12 points above the normal.

In Ranchi, Dhanbad and Bokaro the discomfort index was around 10 points above normal at 65 degrees.