A truck from Bihar carrying potatoes had run over Anjali Kumari, 5, daughter of Manika resident Sanjay Ram, at around 8.30pm on Sunday 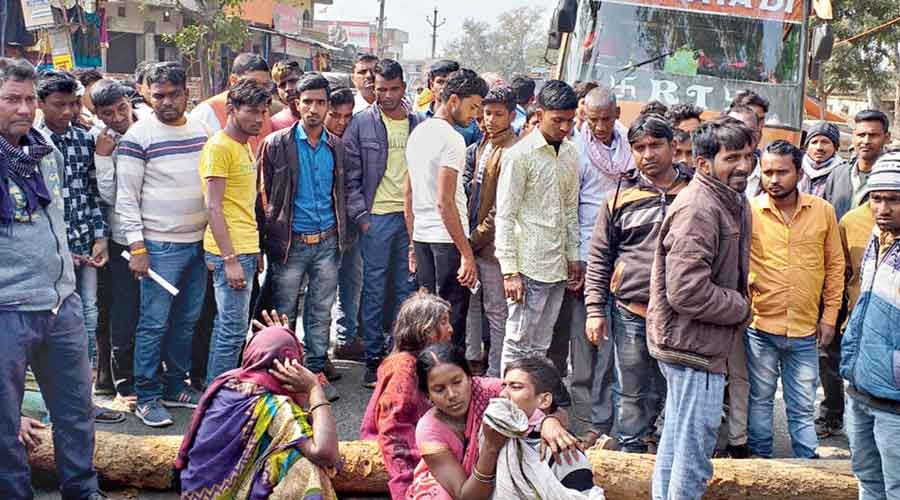 Protesters blocked National Highway 39 in Latehar district of Jharkhand for over two hours on Monday following the death of a five-year-old girl in a road accident on Sunday night.

A truck from Bihar carrying potatoes had run over Anjali Kumari, 5, daughter of Manika resident Sanjay Ram, at around 8.30pm on Sunday. The road is usually crowded as it passes near the main market and the Manika block office. The highway links Jharkhand with Uttar Pradesh and Madhya Pradesh.

“The girl had died on the spot. When her body was given to the relatives around 12.30pm on Monday after post-mortem at the Latehar Sadar Hospital, protesters sat along NH 39 and refused to budge even after the best of efforts. They were demanding adequate compensation for the parents of the girl. We arranged to pay them Rs 10,000 immediately for the last rites and have assured to pay more as part of the accidental compensation scheme from the owner of the truck,” said Manika block development officer Manoj Tewari.

Manika police have managed to apprehend the truck driver, who hails from Bihar, and have also managed to contact vehicle’s owner.

“We will arrange to pay the victim’s family more compensation from the owner of the truck,” added Tewari.