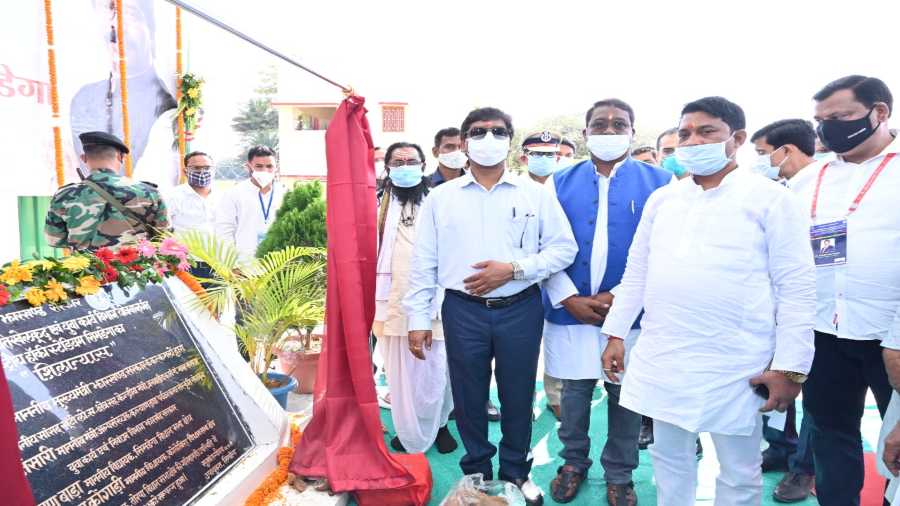 Hemant Soren during the inaugural ceremony of national hockey meet in Simdega on Wednesday.
Telegraph picture
Our Correspondent   |   Published 20.10.21, 07:56 PM

Chief minister Hemant Soren laid the foundation stone for an international hockey stadium complex, a 50-bed hostel and a host of other facilities together worth over Rs 27 crore in Simdega while inaugurating the 11th Junior National Women's Hockey Championship on  Wednesday.

The chief minister also inaugurated various welfare schemes worth Rs 32 crore and distributed assets to the tune of Rs 28 crore to beneficiaries. As many as 79 youths were also given appointment letters. 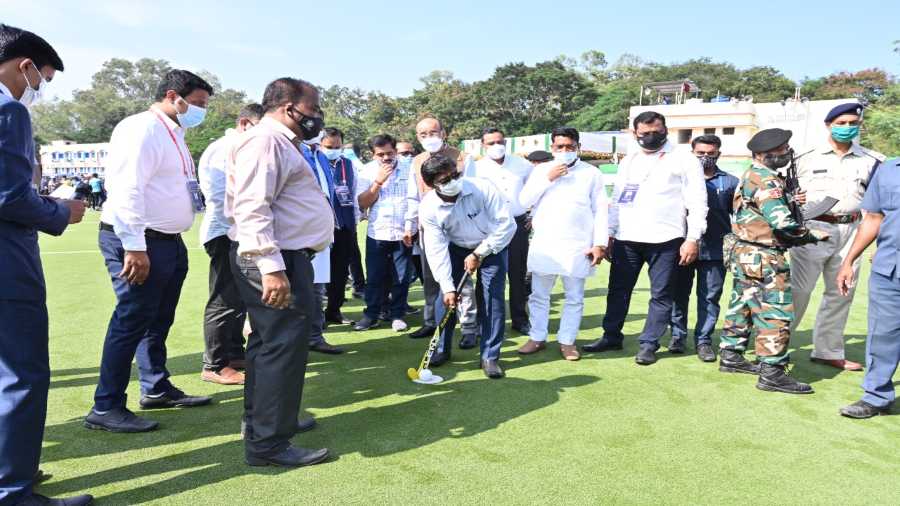 Chief minister Hemant Soren flicks a ball during the inaugural ceremony of the national hockey meet in Simdega on Wednesday.
Telegraph picture
Advertisement

In all, as many as 26 teams from various states are taking part in the tournament which will pave the way for promising players to find a place in the junior women's national squad. Hosts Jharkhand started well, beating Tamil Nadu  8-1. In other matches, Karnataka beat Bengal 16-0, Assam beat Rajasthan 6-0 and Punjab won against Puducherry 18-0.

Simdega, considered to be a nursery for hockey in Jharkhand, is hosting a national championship for the second time this year after the sub-junior national meet for women in March. Hemant spoke highly of Simdega's  reputation as a hockey hub, pointing out how it has been churning out excellent players all along. In the recently concluded Tokyo Olympics, Salima Tete from the district was part of the Indian team which put up a spirited show despite losing out on a medal.

Referring to the ongoing championship, Hemant said, "Such events will further boost the game and players prospects not just in Simdega but for entire Jharkhand. Whenever there is a possibility, the Jharkhand government will happily step in to host such competitions."

The chief minister also reiterated his commitment towards players, saying that the state government was working continuously to provide jobs for players as per a new sports policy. He said that a few months back, the government provided employment to about 39 players.