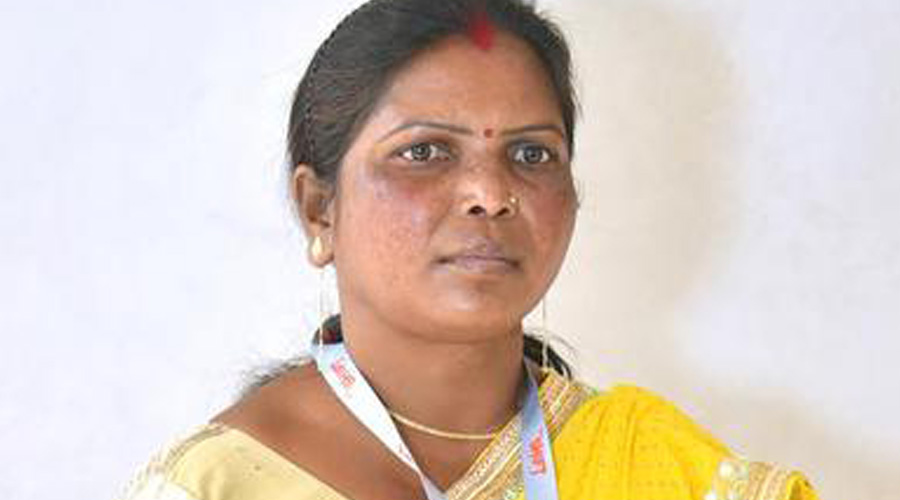 Environmentalist and Padma Shri awardee Jamuna Tudu has planned to visit villages inside Dalma wildlife sanctuary to try and convince her tribal brethren about the futility of killing innocent animals during Sendra or Bishu Shikar. Sendra or Bishu Shikar is the annual hunting festival of tribals which is scheduled at the sprawling 192 sq km elephant abode on May 9.

The 36-year-old Jamuna, also known as Lady Tarzan for ferociously fighting the timber mafia to protect forests, said she was totally against killing animals in the name of Sendra. "I have no objection to celebrating Sendra. But it should be symbolic sans the killing of animals. I and some members of Van Suraksha Samiti (VSS) have plans to visit villages inside Dalma sanctuary to convince tribals to not kill animals in the name of tradition," she added.

Van Suraksha Samity, formed in 1998, has been actively protecting the forests from the timber mafia. It has committees in Dumka, Pakur, Godda and Giridih.

Jamuna, who lives in Maturkham village in Chakulia block of East Singhbhum, said will also speak to the Dalma forest authorities and seek their help in reaching the villages."Awareness in this regard is essential. I had launched an awareness campaign in Chakulia villages against bloodless Sendra last year," she recalled.

Though Dalma forest authorities will be keeping a strict vigil to keep tribal hunters at bay during Sendra, the green crusader also wants to do her bit. She added anyone caught killing animals should be prosecuted.

Originally from Odisha, Jamuna who got married as a teen to mason Man Singh Tudu in Muturkham, could have been just another young village homemaker had she not felt “violently angry” over how the timber mafia near her village targeted trees with impunity. “I was very young when I realised people chop trees almost as a matter of right, forests thin and disappear and no one says anything,” she said.

Jamuna has over 20 years grouped over 300 women vigilantes, to track the timber mafia in shifts and stop them. Van Raksha Samiti members not only tie rakhis on trees but also take up the bow-and-arrow and file police cases against those who fell trees illegally.

Foresters from different forest ranges in Jharkhand will be on duty a day before Sendra to prevent the animal killing. The Dalma foresters are already scanning the hills to seize nets, traps and tree felling.

Awareness campaigns through short films are also being screened in villages with a message against the futility of killing animals in the name of tradition. Posters have also come up at strategic locations with similar messages.