Govt assistance for kin of youth killed by CRPF 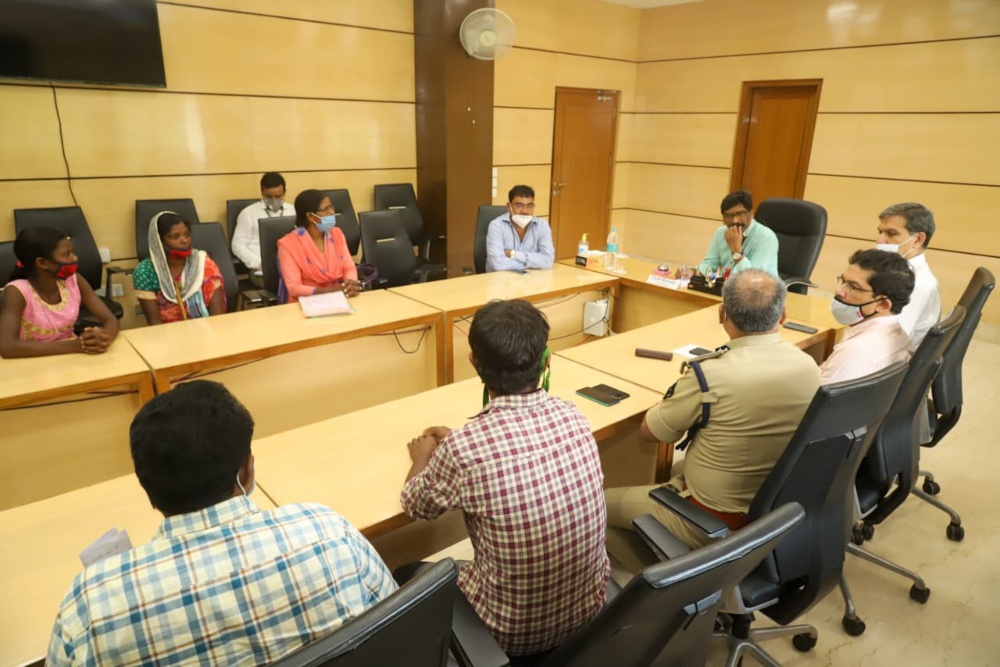 Chief minister Hemant Soren on Wednesday met the family of Roshan Horo, who was killed by CRPF jawans at Murhu in Khunti.

“This incident is sad. No one can bring back someone... The matter has come to the notice of the state government. It will try to help the family of the deceased with all possible assistance,” the chief minister said.

Roshan was a resident of Kumhardih village in Muruh police station area. On March 20, 2020, the CRPF was conducting an intensive operation against Naxalites near Utrudit Middle School, 2km from the village, following reports of Naxal activities. He died after being shot by CRPF personnel during the operation.

A 54-year-old police officer was killed in a crash on the Ranchi-Patna highway (NH-33) in Barhi, 40km from Hazaribagh, on Wednesday afternoon.

Assistant sub-inspector of police Ravindra Kumar Singh, who was posted in Deoghar, had come to Hazaribagh for some departmental work on his scooter. A speeding truck hit him near the 203 cobra battalion camp. He was taken to the hospital but was declared brought dead.

Singh’s identity was confirmed by a card found in his shirt pocket. The body was later brought to the Hazaribagh medical college where the post-mortem was performed. Singh is survived by a son and a daughter.

Thirty-five people were caught violating different norms of the motor vehicle act on Wednesday during a traffic drive conducted by Dhanbad police under the leadership of DSP (law and order) Mukesh Kumar near Jharkhand More in Bhuli. An interceptor vehicle was used for detecting speeding vehicles. The violators were booked for various offences like driving without helmets, speeding, driving without wearing seat belts, etc.

Congress leaders of the district led by the Dhanbad district executive committee president Raivindra Verma on Wednesday carried out a symbolic protest against the increase in diesel prices during which they demonstrated by holding placards, banners and posters bearing slogans against the price hike. Verma told the media that the hike in petrol and diesel prices has greatly affected the common people grappling with the Covid-19 crisis.

The Dhanbad district administration has launched intensive contract tracing after the medical officer in charge of Nirsa primary health centre of Dhanbad, Dr S.K. Gupta, and his seven family members, including his wife, mother-in-law and son, tested positive for the coronavirus on Tuesday night and admitted to the Covid-19 hospital in Dhanbad.

The doctor has returned from Calcutta along with his son and daughter on June 18 and was tested for Covid-19. But he had attended the primary health centre of Nirsa as well as a private clinic and attended the district health department meeting between June 18 and June 20.

Swab samples of 35 people from Nirsa who came into contact with the doctor have already been taken by the health department.

A 25-year-old man was arrested on charges of sexually exploiting a teenager by promising to marry her.

The accused, Naushad Ali, of village Kudhiya under Dhurki police station, was booked under Section of 376 (rape) of the Indian Penal Code and 4/8 of the POCSO Act . He has been sent to jail.

The officer in charge of Dhurki police station, R.V. Singh, said: “The accused had been exploiting the victim for about two months promising her marriage.”

“Yesterday, he took her into a forest and raped her and left her there.”

When the girl did not return home after being away for long, her parents reached the forest searching for her, Singh said.

“The girl’s family then lodged a complaint, on the basis of which the arrest has been made,” Singh said.