From food delivery boy to dancing star in Jamshedpur 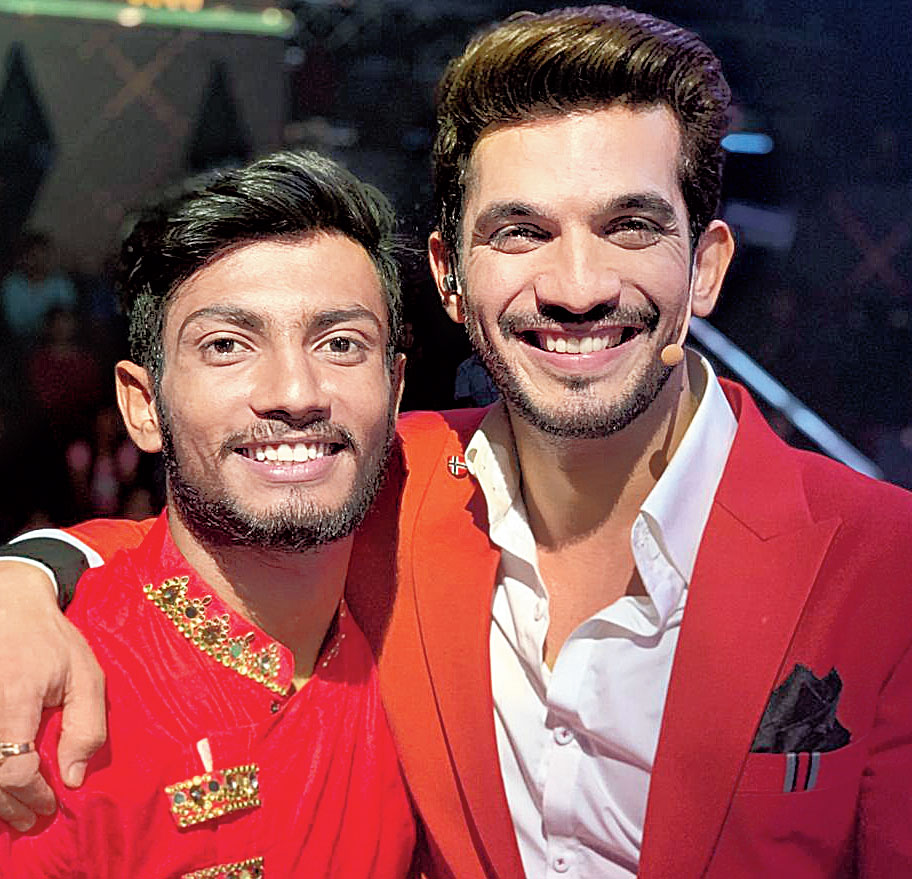 A few months ago, he was a Zomato delivery boy, delivering you your food and requesting a nice rating. Today, he’s a celebrity winner of a dance reality show.

On Saturday, Vishal, a resident of Tamolia on the steel city’s fringes, was crowned the winner of Dance Deewane 2, a dance reality show aired on a popular TV channel. When Salman Khan announced his name, the boy “went blank”, he said. “I just remembered my mother,” he added later.

Vishal, who won the trophy and a cash prize of Rs 15 lakh, couldn’t believe that judges such as Madhuri Dixit, choreographer Tushar Kalia and director Shashank Khaitan, loved his dancing.

In fact, Vishal’s performance on Yeh Honsla and Aashayein from the film Iqbal during the grand finale earned him kudos from Madhuri herself, who called him a real-life hero.

“I’m self-taught. Maybe I should say YouTube (dance videos) has been my greatest teacher,” Vishal said over phone from Mumbai, adding he was grateful to choreographers in Mumbai such as Pratik Utekar and Dharmesh Yelande for their tips. “I am thankful to every viewer who has voted for me. Really, really thankful. It’s a big thing for someone from a small town to win big,” he added.

But Vishal was in fine company. Apart from being the favourite of judges, he was also told by Priyanka Chopra, who was on the show to promote her upcoming movie The Sky Is Pink, that even she was born in Jamshedpur.

A commerce dropout from Jamshedpur Worker’s College, Vishal had to support his widowed mother and two sisters, and so worked at the canteen of Brahmananda Narayana Multispeciality Hospital at Tamolia. Later, he joined Zomato as a delivery boy.

“Things were tough at home after my father’s death 10 years ago,” he said. “I have two sisters, one of whom is married now. But I loved dancing, and my mother somehow understood my passion, that I was made for dance,” he said.

His luck took a U-turn when he decided to participate in an audition for Dance Deewane Season 2 held in Ranchi in April this year. It was a big gamble, leaving his job to chase his dream, but he did it.

“I never imagined I would go on to win the trophy. Before Dance Deewane, I only knew some stunts like cartwheels, flips and backflips,” he said.

His journey has just started, he added.

He added that he was thankful to “Pratik sir” who taught him how to hold the audience. “When I came here (Mumbai), I knew nothing about technique or expression or showmanship. All I know is that I gave my 100 per cent.”