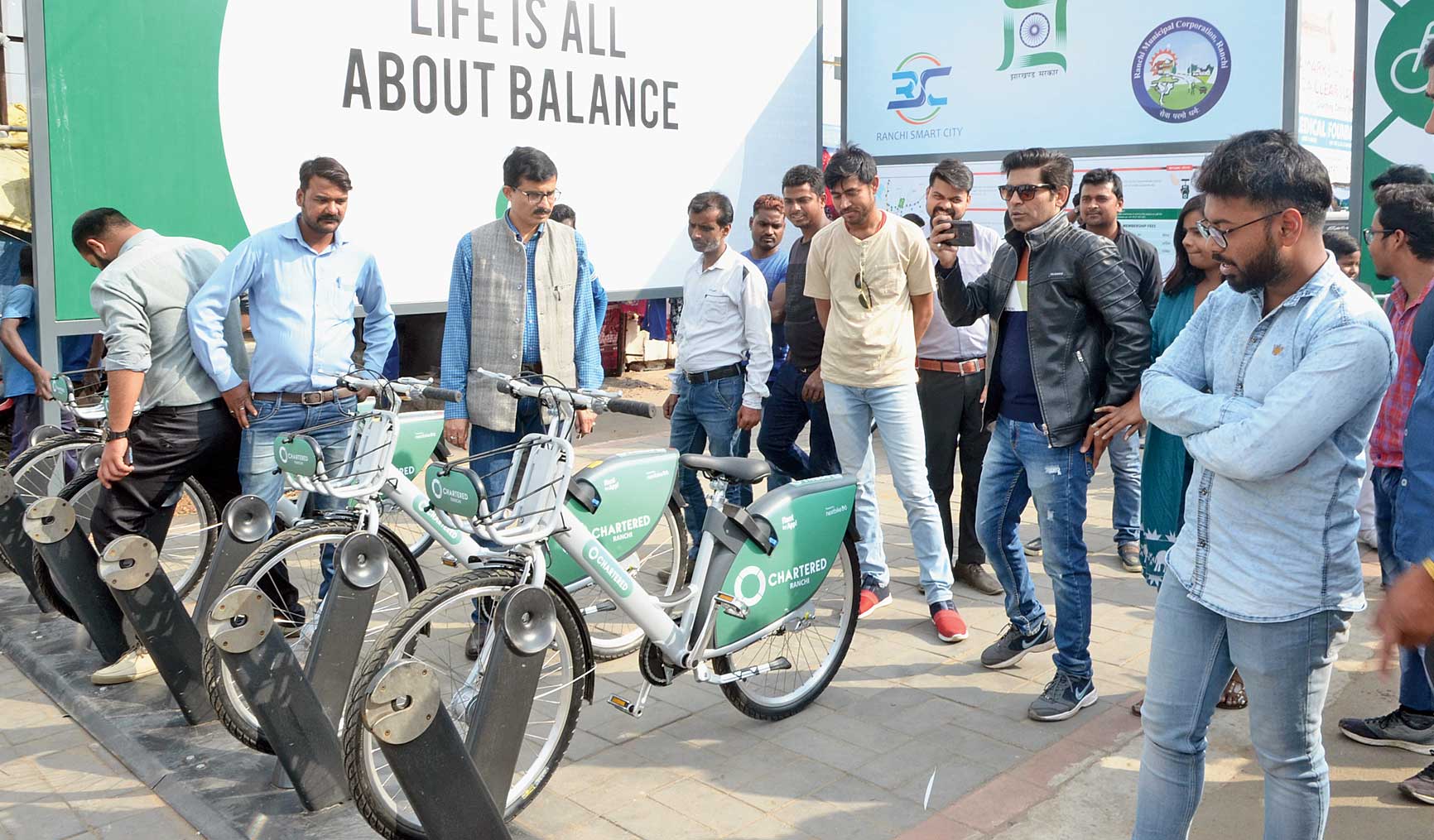 The eco-friendly app-based public bicycle sharing system will roll out in Ranchi on Sunday with free rides till March 9.

General manager (technical) of Ranchi Smart City Corporation Rakesh Kumar Nandkeolar said a 4.5km cyclothon would be flagged off from Morabadi at 9am.

“State urban development minister C.P. Singh will flag off the cyclothon. We will provide 600 cycles in the first phase. There will be no user charge till March 9 to encourage residents to opt for this environment-friendly mode of transport that will go a long way in keeping them fit. We expect over 400 participants. Each bicycle is fitted with GPS,” Nandkeolar said.

Anyone can download the charteredbike app, available on Android and iOS platforms, and register himself to join the 4.5km cyclothon for free.

Ahmedabad-based private agency Chartered Speed will run the scheme for six years from the day of launch.

The bikes can be booked through the app by paying a subscription fee — Rs 30 a day, Rs 200 a month and Rs 1,000 a year — and nominal user charges. The first 30 minutes is free. There will be a few counters for those who do not have access to smartphones and will need to purchase tickets.

“After completing the ride, users will have to park the bicycles at the docking stations. In case the user parks it somewhere else, a fine of Rs 5,000 will be levied,” the spokesperson added.

The state cabinet had okayed the project in August 2017, the plan being to roll out 1,200 cycles from 120 docking stations in two phases from November last year.

However, the plan could not take off owing to a delay in the assembling of spare parts and installation of software control room.