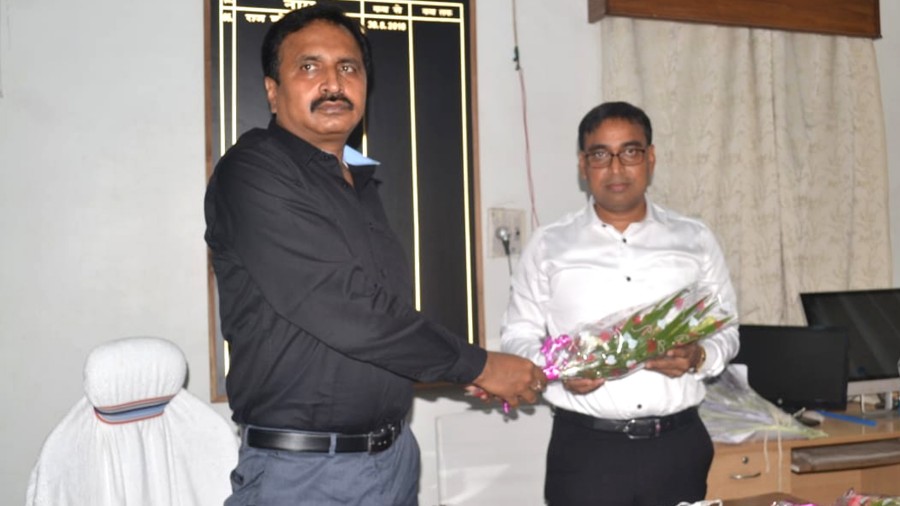 A 24-year-old woman, who went missing from Hazaribagh on September 2, was found dead in a lodge in Baralota, Medninagar, in Palamu. Police, who found Salina Yasmeen’s body after a tip-off, spotted poison in the room. Yasmeen’s body was found hanging from the ceiling fan.

She was a resident of Pelawal in Hazaribagh town.

Her family alleged that she had been raped by the man she was having an affair with and his friends.

The police has started an investigation and are on the lookout for the man.

Four members of a gang of snatchers were arrested by police in Ormanjhi on Saturday. The men allegedly belong to the notorious Bihar-based Koda gang. The gang members use high-speed motorcycles to swoop in and snatch money from people while they leave bank branches.

The arrests followed a case of snatching three days ago. The accused snatched Rs 1 lakh from two persons who had withdrawn money from a HDFC Bank branch. The accused kicked the motorcycle of the victims and when they had fallen down, the accused fled with the money. The police lodged an FIR in the case.

Meanwhile, 107 Covid-19 cases were detected on Saturday in a special rapid antigen test drive conducted by the Dhanbad district administration. Around 3,700 people were tested during the drive.

IPTA national secretary Shailender Kumar said: “We all gathered today to ask people to rise as there is a deliberate and systematic assault on their rights and their liberties.

“On this day three years ago, veteran journalist Gauri Lankesh was killed as she had dared to challenge right-wing radicalism.”

The campaign will be on till September 10.

Gym owners and trainers, hit hard by the pandemic, on Saturday met Hazaribagh Sadar MLA Manish Jaiswal and requested him to brief the state government about their condition.

The owner of Royal Fitness Gym in Hazaribagh, Rajkumar Thapa, said that since March, he has been struggling financially. He said that though the government has allowed several kinds of businesses to reopen, gym owners have been left in the lurch.

Abhijeet Guha, of A to Z Gym, said gym owners are having trouble paying off their loans and clearing their bills.

Jaiswal assured them that he would take up the matter with the state government.

The dead body of a 71-year-old resident of Gend Nawadih village in the Topchanchi police station area was found lying in a pool of blood at his home. Cash and jewellery were missing from Vijay Mahto’s home.