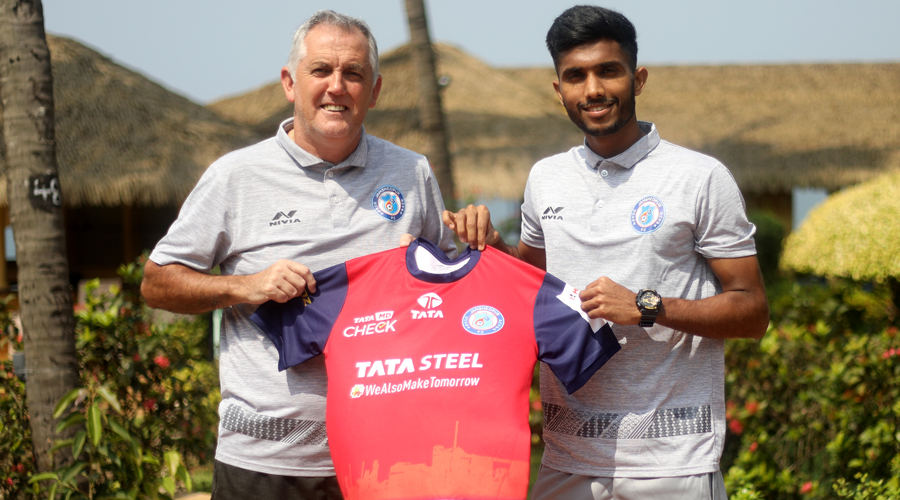 Jamshedpur FC completed the signing of Farukh Choudhary in the ongoing transfer window of Indian Super League (ISL). The right-winger, who played for three years at Jamshedpur, makes a return to the club and has been signed for two-and-a-half years until the summer of 2023.

The 24-year-old forward comes after a successful season of having won the ‘Player of the Match’ award four times with a goal and four assists to his name and has been a regular feature in the Indian national team recently.

“Farukh is a fantastic player with a scope of developing even further. He is already an Indian team player and has the pace and ability to create and score goals and is an outstanding addition to our squad. He will help us immediately to challenge for the coveted play-off positions and long term to build a team that will be challenging for honours on a yearly basis,” said head coach Owen Coyle.

Farukh, who made 47 club appearances for Jamshedpur in his three-year stint with the club, was ecstatic about his return. “Jamshedpur is like home to me and I am happy to be back here. I spent three amazing years with the club. The coach’s trust in me was one of the biggest factors to come back to the squad. I hope that I will give my best to help the team qualify for the play-offs,” said Farukh.

The Tata Steel-owned club, which is desperate to make it to the playoffs after losing three matches on the trot, is making wise moves to draft in players who can help them achieve the target. Last week JFC had signed Manipuri winger Seiminlen Doungel to make their intentions clear.