Even Ranchi Municipal Corporation is fed up with dug-up spots 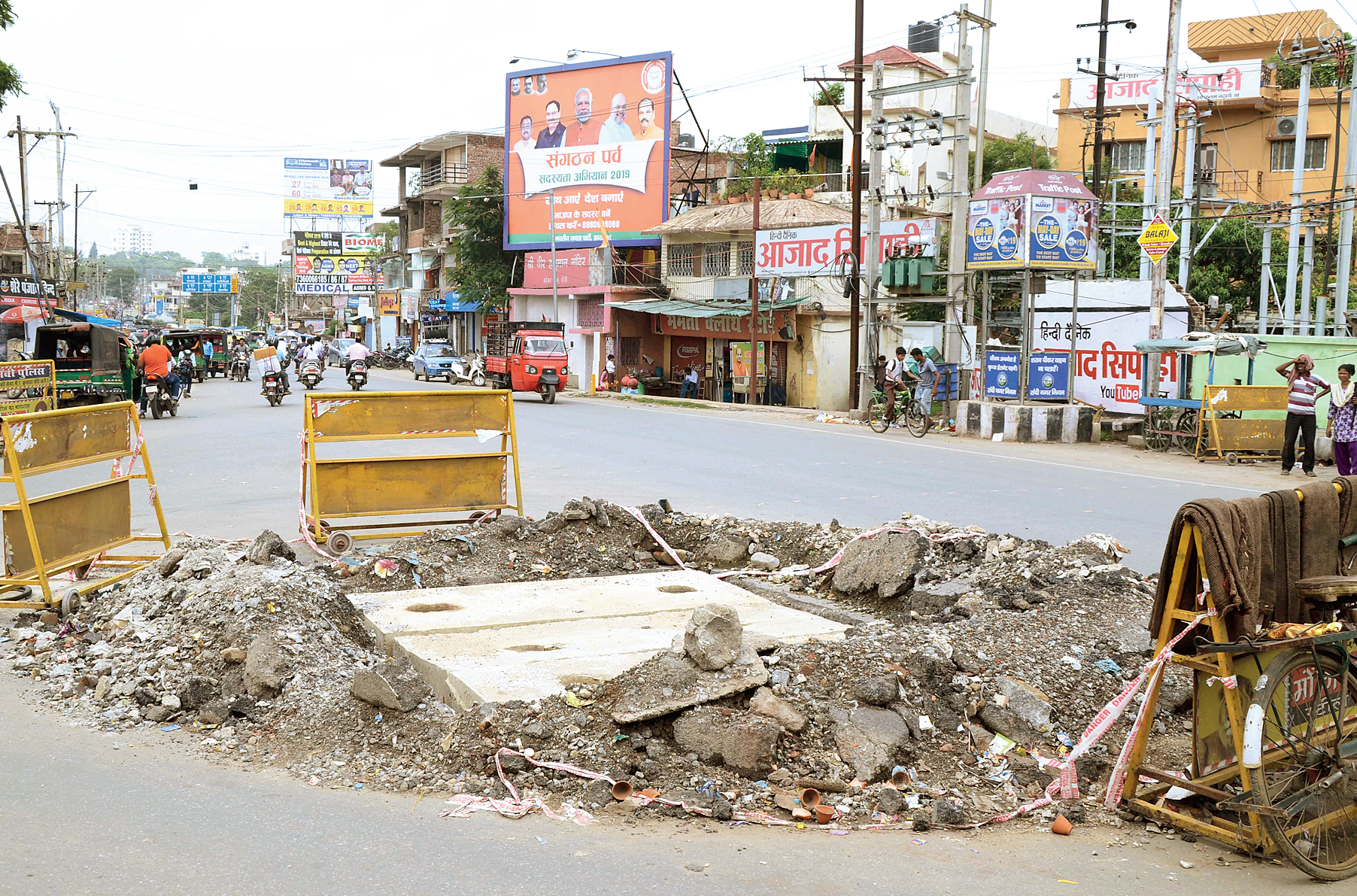 Traffic snarls and people falling into dug-up stretches of roads — welcome to monsoon in the state capital.

The situation has become so bad that senior officials of Ranchi Municipal Corporation (RMC) are set to meet Ramchandra Sahis, the minister of drinking water and sanitation, to lodge complaints about the number of trenches dug by the department across the capital for repairing water pipelines and giving domestic water connections.

“In the last one-and-half months we have received over two dozen complaints from residents that trenches were dug on the road and on the flanks many months back by the department that are yet to be filled up,” deputy mayor Sanjeev Vijayvargiya said on Monday.

“This causes multiple problems like disruption in traffic and people falling in the trenches. The RMC has to face public criticism irrespective of the fact that the drinking water and sanitation department is responsible for this. The RMC is not responsible if the drinking water department does not have sufficient funds or if officials have no control over contractors. Now we have decided to meet minister of the department to seek his intervention.”

A pothole on HB Road
Picture by Manob Chowdhary

Vijayvargiya, a resident of Kokar, said that on Kokar Chowk the road was dug up three months back. The department has finally covered the trenches with cement slabs. “But debris is yet to be removed and proper levelling work has still not been done. You can see a similar situation on the Kantatoli stretch. Due to such unplanned work, traffic remains affected and people face problems,” he said.

Rakesh Raman, a resident of Bandhgadi, complained that stretch was dug in one of the lanes of his locality a month ago.

“This lane is narrow and has no streetlight, hence people frequently fall in it. I had lodged a complaint with the RMC but there has been no solution so far,” said Raman.

Morabadi resident Vimal Krishnan said contractors executing the works leave the dug-up portions unattended. “As per the rule such stretches must be barricaded with reflective danger sign till the work is finished. But in Ranchi such procedures are not followed. There is risk of accident especially at night for those who are not aware,” Krishnan said.

Hiralal Prasad, chief engineer of the drinking water and sanitation department, admitted that such complaints have come from various parts of the capital.

“These trenches were dug up mainly for repair and to give domestic connections. But they must be filled up after the work is done. During periodical review meetings contractors were asked to properly fill the dug-up stretches with soil. We are going to issue a final warning to all contractors after which departmental action will be taken against them,” Prasad said when contacted.