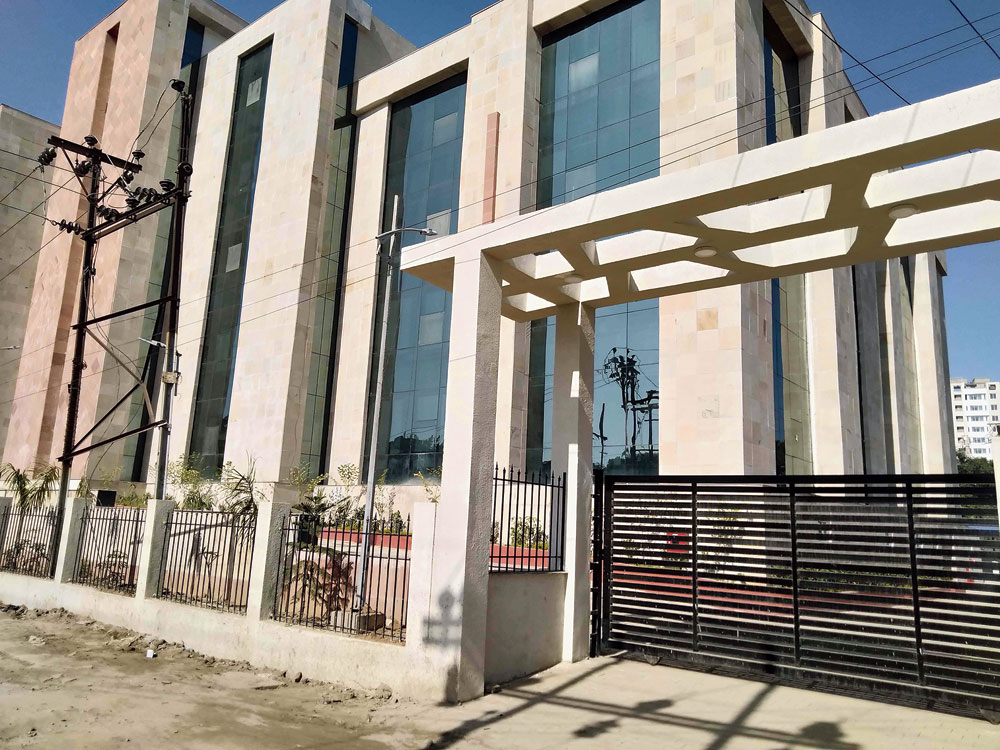 The Raghubar Das government wants the Enforcement Directorate (ED) to investigate all important money laundering cases in the state, especially those involving chit funds and rebels, but at the same time seems oddly disinclined to provide office space to the central agency.

On April 25, the Ranchi sub-zonal unit of ED was offered a 5,000sqft office on the fourth floor of the new excise building on Kanke Road, a stone’s throw from the CM’s residence.

Last week, the building construction department issued a letter to ED, saying the allotment had been cancelled on “administrative ground”. The cancellation order, a copy of which is in this newspaper’s possession, is endorsed by chief minister Raghubar Das, but the ground remains unexplained.

“The Kanke Road office would have been very suitable for our needs. We are surprised at the sudden cancellation,” said an ED official in Ranchi.

According to government insiders, secretary of excise and prohibition Rahul Sharma is opposed to the allotment of a floor to the ED in the new building.

Sharma apparently wants the central agency to shift to the not-so-spacious old building of the department in Dhurwa to “save excise officials major inconveniences”.

It may be interesting to note that CM Das himself had, in October last year, expedited allotment of the Kanke Road office after then ED director Karnal Singh had shot a letter to the government, saying the agency needed a roomier office given its increasing workload.

At meetings that followed, the state authorities had even obtained a verbal promise from ED that the latter would investigate every case of money laundering that the government referred.

Currently saddled with around 45 cases, the agency with a staff strength of 42 operates from a small office on Pepee Compound on Main Road. The office was rented in 2013.

Of the 45 cases, 11 were referred by Jharkhand police and involve Maoists, cyber thugs and chit fund operators. The agency is also probing money laundering charges against former chief minister Madhu Koda and his then cabinet colleagues, the medicine scam, the coal and iron ore scam and the Sanjeevani Buildcon realty scam, among others.

Allotment of government office space is decided by the state building committee, which is headed by the chief secretary. In April, chief secretary Sudhir Tripathi had chaired a meeting after which allotment was made to the agency. The ED director had personally visited Ranchi to thank Tripathi.

The chief secretary on Sunday offered a not-so-convincing explanation on why he cancelled his own order.

“We have to provide space to Jharkhand Electricity Regulatory Commission (JERC) in the same building (on Kanke Road). There is not enough room to accommodate both ED and JERC. Hence, the allotment to ED was withdrawn. We will soon find the agency alternative officer space,” Tripathi said.

Excise secretary Sharma dodged queries on the allotment being revoked. “As far as I know, the JERC, the cyber security lab and others also require office space,” he said.

Notably, the government has already provided office space to the National Investigation Agency (NIA) in Ranchi. At the last cabinet meeting, it also allotted 0.14 acres worth Rs 1.06 crore in Hehal area of the capital to the Union home ministry for construction of a regional office of the Narcotics Control Bureau (NCB).

But, the ED has unsuccessfully been scouting for two acres in Ranchi for the past few years. All proposals so far have been spurned by the land and land revenue department.