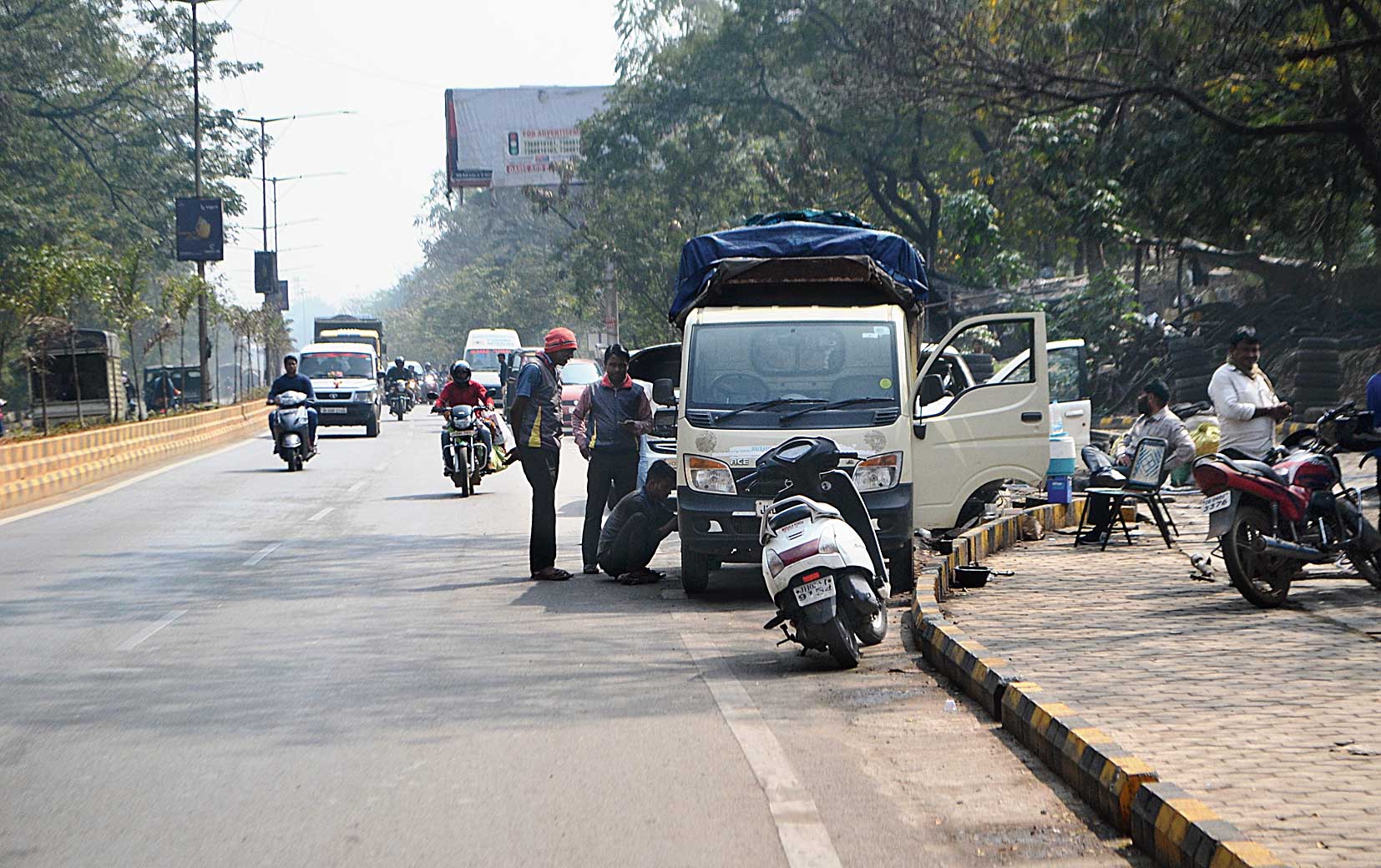 Jugsalai-Station Road, jogging tracks along which have been usurped by motor mechanics, is suddenly feeling orphaned with no civic body exactly willing to fight against the encroachment.

A year ago, when Jusco began laying the tracks on either flank of the artery, residents of densely populated Jugsalai had hoped for a better fitness routine, but the unauthorised stalls soon threw a spanner in their works.

Currently, the jogging tracks are encroached upon by half a dozen makeshift garages. Vehicles stopping by for repairs also lead to traffic snarls on the road.

Worse, neither Jugsalai Municipality nor Jamshedpur Notified Area Committee (JNAC) seems concerned over this mushrooming business bane. Even the traffic police are not forthcoming in evicting the squatters who have conveniently turned a beautification drive into an eysore.

“There is not much open space in Jugsalai. Hence, we were thrilled when the jogging tracks were laid. Many morning and evening walkers were also benefited. But now, most of the stretch is encroached upon and the authorities are doing nothing at all,” complained resident Sarabjeet Kaur.

For the past one month, Kaur has been travelling 3km to Jubilee Park for her fitness fix. And, she is not alone. The mechanic stalls have prompted most people of Jugsalai to look for alternatives.

Special officer of Jugsalai Municipality Surendra Prasad said they couldn’t do anything about the matter because the stretch of road in question was beyond their jurisdiction.

“Jugsalai-Station Road largely comes under JNAC. Only a small stretch from Raj Hotel to Pradeep Mishra Chowk is part of Jugsalai municipal area,” he washed his hands of the case.

Special officer of JNAC Krishna Kumar, on the other hand, said he was not aware of encroachment on or along Jugsalai-Station Road. “If there is encroachment along the road, we will remove the same with the help of Jugsalai Municipality and police,” he quickly added.

DSP (law and order) Alok Ranjan said traffic police in Jugsalai had been instructed to remove the stalls from the jogging tracks. “We are aware of encroachment. It is the responsibility of the traffic department to fix the problem.”

DSP (traffic) Shrivendra Kumar promised to look into the matter.

East Singhbhum deputy commissioner Amit Kumar agreed that jogging tracks should be free of encroachments. “We will ask Tata Steel (read Jusco) to remove the unauthorised shops,” he said.