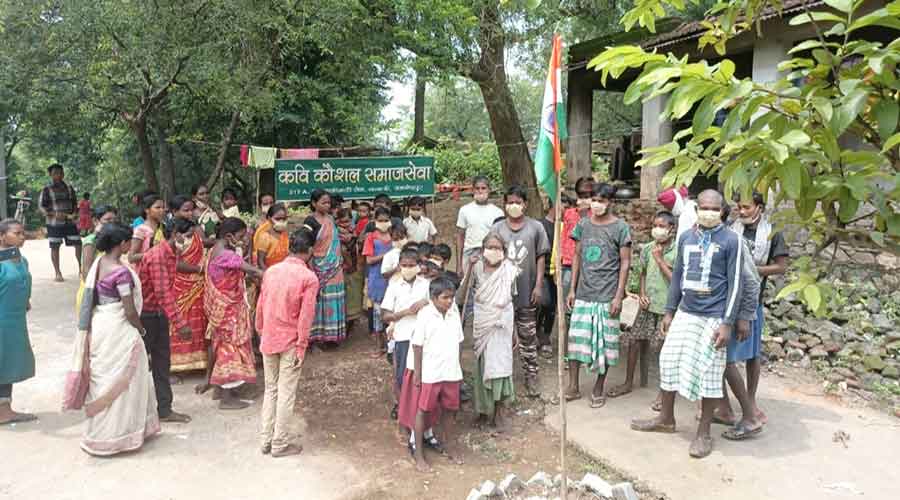 Patipani village in Bodam block of East Singhbhum district on Sunday, witnessed flag-hoisting for the first time after the country’s independence.

Patipani village, located about 25km away from Jamshedpur, is inhabited by Birhor which is a primitive tribe, the people belonging to which prefer to stay in the trees.

Patipani is one of the most remote and neglected villages in the district. Though the administration has off late started providing the basic necessities like house, drinking water and medical facility beside supplying food-grains, due to lack of proper education, the residents of the village tend to earn a living by venturing into forest for collecting firewood and saal leaves that's they sell in the local market.

Organised by a Jamshedpur-based social organisation, Kabi Kaushal Samaj Seva, the flag-hoisting was attended by over 50 Birhors, including women and children.

"But it is the first time that we felt proud as the flag-hoisting for the Independence Day was held at our village," observed Madhab after the tricolour was unfurled.

Bali Birhor who is the eldest resident of the village could not say anything due to the language problem.

On this occasion, the functionaries of the social outfit distributed sweets among the villagers. The outfit also gave out sarees to the woman folks for making the occasion special.