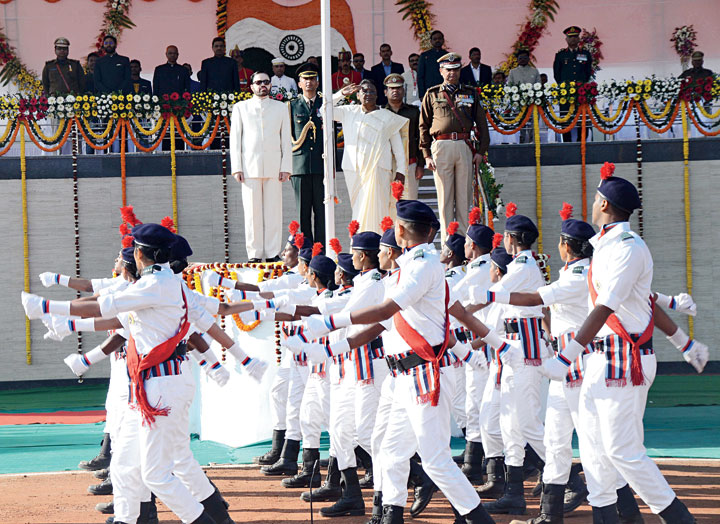 Jharkhand governor Droupadi Murmu on Republic Day, Sunday, said government was committed to ensure the supremacy of law in Jharkhand and at the same time vowed to protect the land rights and the identity of tribals.

Murmu hoisted the national flag at the main state R-Day function at Morabadi for the first time after the change of guard in the state government currently led by the JMM’s Hemant Soren with allies Congress and RJD.

“To establish supremacy of law is the priority of the government,” she said in her address, but it was not clear if she meant the murders in West Singhbhum and the communal unrest in Lohardaga, as she did not mention names.

The governor said that the state government was committed to ensure jobs in a state with 65 per cent youths, and start filling up vacant posts from panchayat to state levels. She promised the government would train youths in skills for self-employment.

She said the tribal sub-plan to be shaped according to the community’s expectations. “The government will follow the traditional administrative system of tribal society,” Murmu said. “Water, land and forest are Jharkhand’s identity. Land tenancy acts, the CNT and the SPT, will be strictly implemented.”

Murmu said government-run schools would be developed on a par with private English-medium schools.

Curfew, on since Thursday when a pro-CAA rally was attacked in Lohardaga town, was relaxed for two hours in five police station areas on Sunday to enable people to purchase essential commodities. Also, people were allowed to hoist the national flag and sing the national anthem, but gatherings had to be limited to 10 persons.