No constituency for old men, says the BJP, but five-time party MP won’t quit without a fight 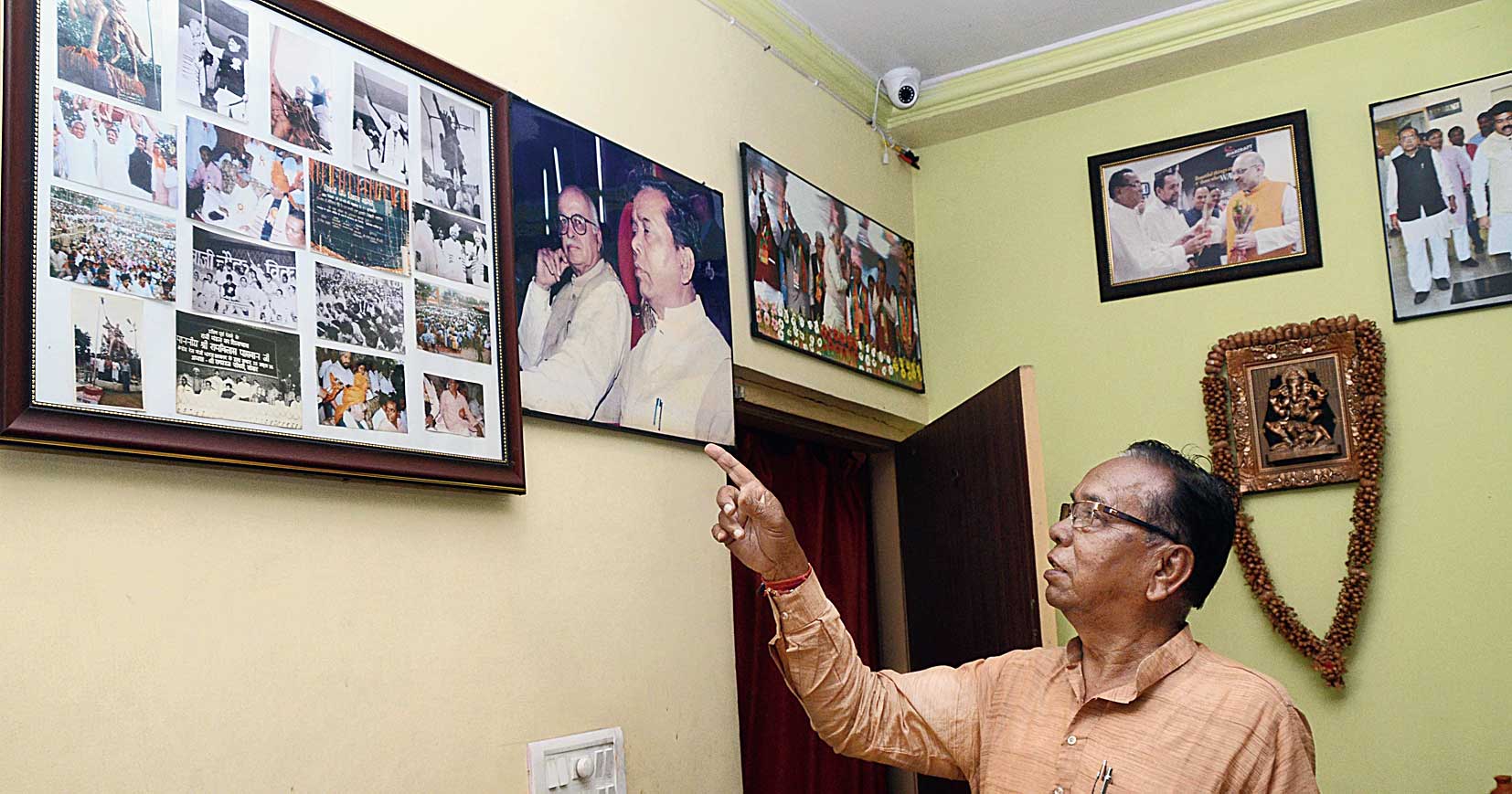 Bundles of BJP poll pamphlets are stacked on the verandah of Ram Bhavan at Ormanjhi, the BJP banner flutters on the main gate and the owner of the house still serves tea to visitors in cups embossed with his picture and the lotus.

The externals might be unchanged, but Ramtahal Choudhary (77), five-time BJP MP from Ranchi is not the same man, he is hurt and angry even as he greets hundreds of supporters on a megaphone, answers his phone, feeds his pigeons and a dog on the sprawling premises.

A party veteran from Jan Sangh days, over the past 10 days or so he had been getting “disrespectful” feelers that he wouldn’t get the Ranchi ticket because he was “too old”. Not one to take things lying down, Ranchi’s most powerful Kurmi leader will fight this Lok Sabha polls, BJP or no BJP.

Jhukna nahin hai, he tells The Telegraph on Thursday:

TT: You seem to be angry and bitter?

RC: My 52 years of association with the Jan Sangh and then the BJP is now coming to a sorry end. It is going to be painful for me. But I will scratch out everything about my life with the BJP from memory (he waves at pictures of his political milestones framed on the walls, banners and posters). All these will be removed. Many political parties have contacted me, even the Congress, to contest elections. I will contest the election even as an Independent to teach a lesson to the BJP for the way it has insulted a committed worker like me

Has there been any official word?

There’s no official word as such, the BJP has not announced the name of its candidate. But I am given to understand neither I nor my son Randhir are probables. I will wait till tomorrow (Friday) to see how the party high command treats my demand for a ticket and then act. Karia Munda (octogenarian Khunti MP also denied a ticket this time) might be silent but I am not

What will be your next step?

If nothing positive happens, I will start preparing for polls. If required I will resign (from the BJP). But I don't think my resignation will be required because if I will contest (as an Independent). The party will automatically expel me for a minimum of six years Aditya Sahu’s name seems to be doing the rounds?

They seem to be giving the ticket to Aditya Sahu whom I brought into politics. I even gave Aditya the job of lecturer at my college. I never believed people who warned me that Aditya, with the help of the CM (Raghubar Das), was back-stabbing me. CM played caste politics with me (Sahu is a Vaishya like Das and Choudhary a Kurmi). CM has personal grudges against me as I always pointed out his wrong policies

What are your chances of victory minus the BJP?

I’m a five-time Ranchi MP and two-time Kanke MLA. I represent the dominant landholding Kurmi caste with around five lakh voters in Ranchi. I’ll win even if all my relatives vote for me! I also have supporters beyond my caste base. I may be a simple matriculate but I run some 25 schools, BEd and engineering colleges. People love me for my social work and for the fact that I am there for them. There’s no Narendra Modi wave in the country this time. If I win from Ranchi, it will be because I have cultivated my constituency. Those in the BJP who are cornering me will realise their mistake on May 23 when the results are declared

BJP claims it is against promoting dynasties.

The same party that denied my son Randhir a ticket gave the ticket to Jayant Sinha (son of Yashwant Sinha, who was then in BJP) in 2014. Yashwant was not in politics then. Randhir is a committed BJP worker

Do you think the party is looking at your age?

Do you find me lying on the bed? I am healthy, active and hardworking

Is this the way to treat a devoted worker like me who raised the party in this region? The BJP and its ethics completely changed after 2014. There is no place for democracy now. Old leaders and workers are sidelined. Ticket distribution is being done in the most erratic manner all across the country.