Doctor on duty at Bokaro hospital dies of heart attack 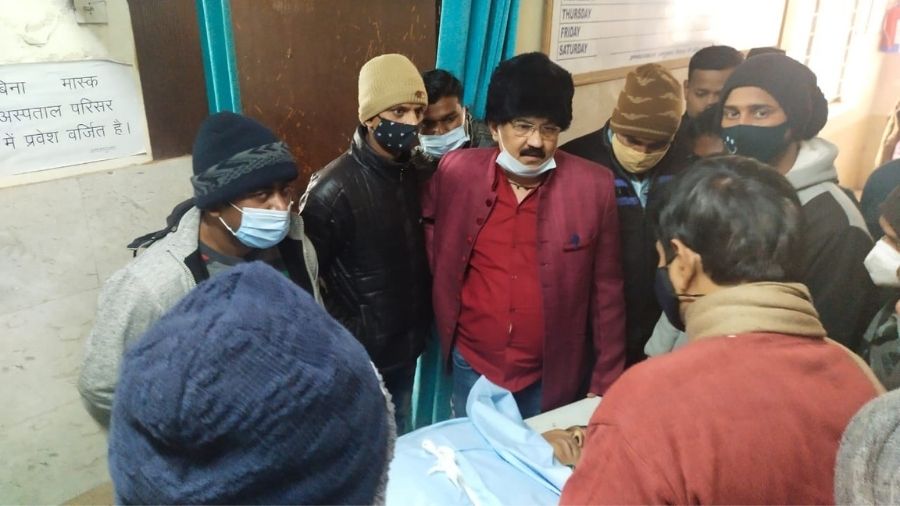 Doctors and health workers gather at the Sadar Hospital, Bokaro after the death of the doctor
Gautam Dey
Praduman Choubey   |   Dhanbad   |   Published 14.01.22, 05:36 PM

A doctor on duty at Bokaro Sadar Hospital died of a heart attack early on Friday morning after which his family members, accompanied by local residents of the Shivandi area, accused the hosptal of negligence and held a demonstration to demand a job and compensation to his next of kin.

The district administration has constituted a medical board, comprising senior doctors, as per a  directive of Bokaro deputy commissioner Kuldip Chaudhary, to investigate Dr Nasim's death and perform a video-recorded autopsy.

Bokaro civil surgeon Dr Jitendra Kumar denied charges of negligence. He said that he was monitoring the Dr Nasim's treatment and that he had died during the course of treatment. 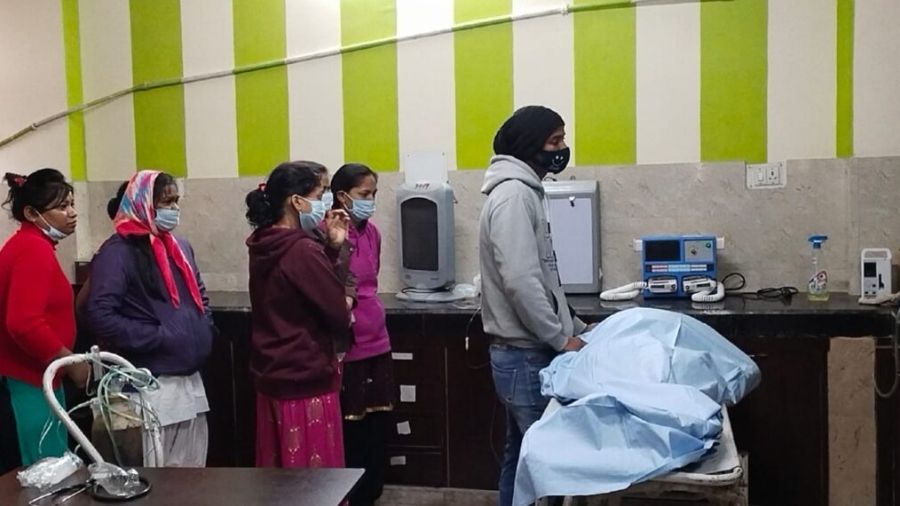 A glimpse of the Sadar Hospital after the incident
Gautam Dey

According to hospital sources, Dr Nasim, a resident of the Shivandi area of Balidih,  was working at the hospital on contract. He was on night duty on Thursday. Around 7am on Friday, he felt pain in his chest while coming down the stairs from the third floor. He took a medicine and was heading towards the doctors' chamber on the ground floor, but fell down and became unconscious.

Hospital staff then admitted him to the ICU of the hospital. Dr Nasim died while being treated, the sources said.

The protesters, comprising family and local residents, alleged laxity in his treatment and demanded a high-level probe. They were pacified aound 11.30am after senior officials of the district administration, led by Chas subdivisional officer Dilip Singh Shekhawat arrived there, accompanied by a posse of policemen and the Bokaro civil surgeon. They assured Dr Nasim's familiy members that a fair investigation would be conducted.

“The doctor in-charge at the time, Dr Sanjay Singh, fled the scene  instead of talking to the family members of the deceased. This raised doubts about the treatment that Dr Nasim was administered," said a local resident.

He said Dr Nasim was a dedicated phyisician and had been felicitated by district administration for his service towards Covid patients last year. "We want a high level probe into his death as we suspect foul play," he added.

Chas SDO Shekhawat said, “We will extend the best possible help to the family of the deceased doctor. If the rules call for a job as compensation we will ensure there is no delay in this regard. Let the post-mortem be conducted."

Civil surgeon Kumar said that since Dr Nasim was a contractual doctor, there was no provision of a job to his family members. "But we may offer contractual appointment to a dependent on the recommendation of Bokaro deputy commissioner," he said.