Day One in House resonates with unity call

Ansari takes oath in the name of Ishwar 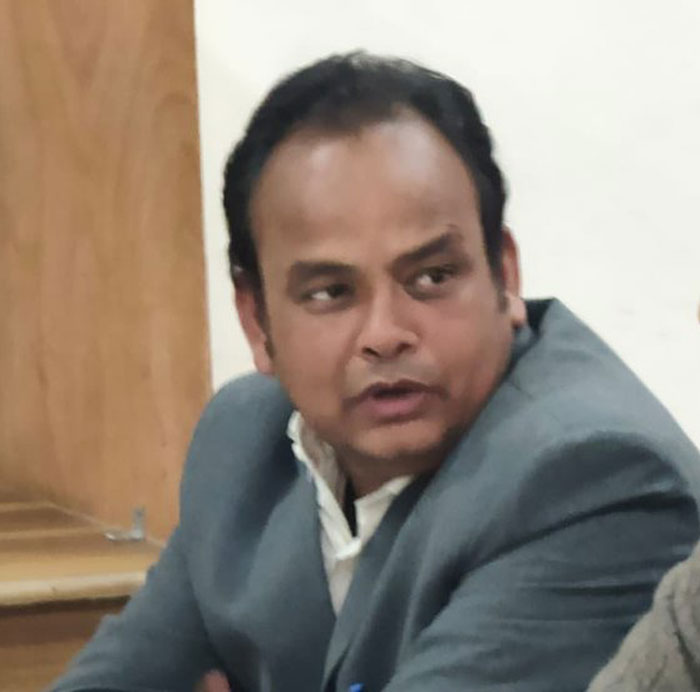 I would also to convey the message to the people of Jharkhand that despite being a Muslim, I have constructed several temples in my constituency: Irfan Ansari
(Picture: Twitter/@IrfanAnsariMLA)
Raj Kumar   |   Ranchi   |   Published 06.01.20, 10:30 PM

The first day of the first session of the fifth state Assembly on Monday was all about setting an example with Congress Jamtara MLA Irfan Ansari taking the oath of office in the name of Ishwar unlike JMM’s Madhupur MLA Haji Hussain Ansari, who took the pledge in the name of Allah.

When asked why in the name of Ishwar, Ansari quoted Mahatma Gandhi: “Ishwar Allah tero naam, sabko sanmati de bhagwan (God and Allah are your names. God bless everyone with wisdom).”

He added: “My constituency is Hindu dominated. During the recently held election campaigning, Uttar Pradesh chief minister (Yogi Adityanath) visited my constituency and asked voters whether people like me can help construct Ram temple in Ayodhya. Despite all this, I emerged victorious with a margin of over 1.15 lakh votes. I would like to request my party chief to give me some assignment in UP where I can convey the message to the people that a Muslim in the country can also win from a Hindu-dominated area. I would also like to convey the message to the people of the state that despite being a Muslim, I have constructed several temples in my constituency.”

To sum up, the atmosphere in the House on Day-I was conducive and, legislators, cutting across party lines wished each other good after taking oath of office.

A glimpse of unity in diversity could be seen after some of the MLAs took oath in their native languages such as Mundari, Khortha, Kurukh, Maithali and Angika, a dialect of Maithali, besides Ho, Urdu, Khortha and Santhal.

Former sports minister and Chandankyari BJP MLA Amar Kumar Bauri took oath in Bangla and though he was sitting in the Opposition, he appeared happy.

“I will move forward without playing any foul game like a true sports person sitting in the Opposition,” Bauri said when asked about his role in the new House.

BJP MLA Anant Ojha, who took oath in Sanskrit, said he would play a proactive role to ensure that the House becomes a place where the problems of the common people could be solved.

“The Opposition will show the mirror to the ruling party and ensure that the issues of common people are taken seriously in the House,” Ojha said.