Dalma Wildlife Sanctuary gets ready to welcome its elephants

Roads mended, bushes trimmed by around 200 daily wagers for safe entry of tuskers 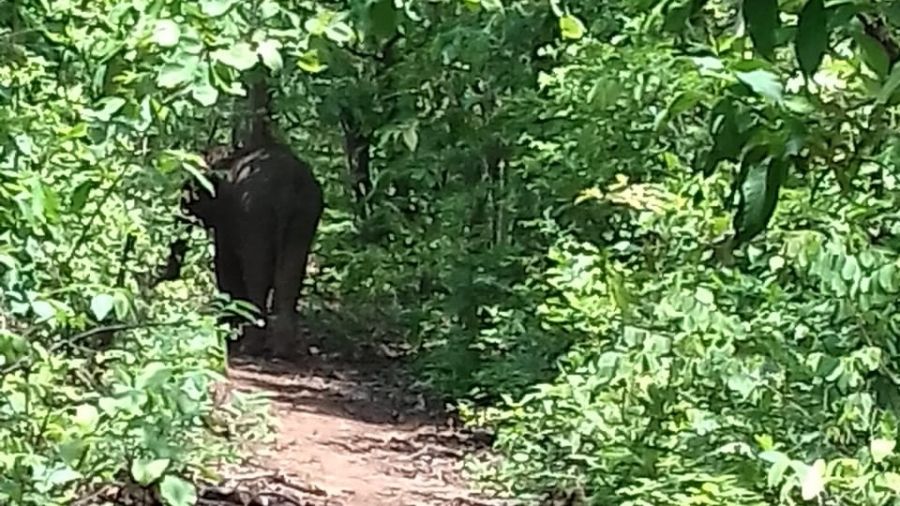 Authorities at the Dalma Wildlife Sanctuary are making all arrangements -- right from mending roads to trimming bushes -- to ensure elephants coming back to the forest face no problem.

Groups of tuskers, which had left for their annual sojourn in August-September last year, are on their way from the jungles of West Midnapore and Bankura in Bengal to Dalma. Some of them had returned home earlier and are presently stationed in Suklara.

Around 200 daily wagers remain engaged in various kinds of work throughout the year at the 192 sqkm reserve, 30 km from Jamshedpur, dotted with 80-odd villages and hamlets.

Besides getting the forest better, authorities have taken steps to ensure a smooth ride for the forest patrol parties to reduce man-animal conflict.

The workers are now in the process of getting the bushes trimmed and would be completed in a  week’s time.

A forester said they have mended roads in all the six beats of the reserve, including Bhadodih, Dalma, Mango, Nutandih, Chakulia and Patamda, and trimmed bush as a safety measure for labourers and villagers.

“Our patrol parties can swiftly reach spots in case of emergency if the roads are in a proper shape. Overgrown bush too poses hurdles for patrol parties,” he added.

Damla range officer (West) Dinesh Chandra they were serious to minimise man-animal conflict in the sanctuary.  “We are also concerned about the  safety of daily wagers and villagers employed by us. These measures were important,” he added.

Roads inside the sanctuary had developed craters during monsoon and it was essential to mend them before the return of elephants.

The Dalma range office has also distributed crackers among villages spread in the sanctuary. It’s a precautionary measure from the authorities. Trackers have also been alerted.

According to foresters, the elephants normally start their journey towards Dalma after the end of the harvest season in Bengal.

Both the corridors merge at Mirjadih from where the jumbos cross Haludbani, Bhadodih, Bota and Dimna to reach Dalma.