Father, a retired jawan, says he’s proud of Kuldeep Oraon, daughter-in-law, who is with Bengal police 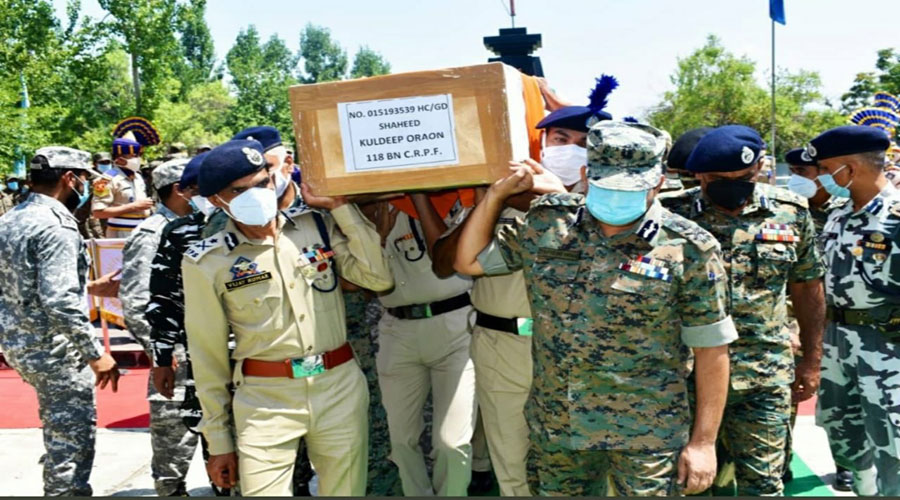 Kuldeep Oraon of Sahebganj, who was a head constable with the 118 battalion of CRPF, was killed in an encounter with militants in Malbagh area on the outskirts of Srinagar late on Thursday night.

Kuldeep, 38, was from Azadnagar area in Sahebganj district and was a part of the CRPF’s quick action team (QAT) performing search and cordon operations in Srinagar.

Kuldeep joined CRPF in 2001. He was posted in Srinagar two years ago after he was promoted as head constable. His wife is a constable with West Bengal police. They have two children, a nine-year-old boy and a five-year-old girl.

“They are on way to Sahebganj from Calcutta. The mortal remains of my son is expected by Saturday morning,” said Ghanshyam Oraon, a retired CRPF jawan.

As news of Kuldeep’s death reached his village, local residents who knew the family gathered together to offer their condolences. Father Ghanshyam, who lives in Sahebganj with his elder son and his family, did not allow himself to be overcome by grief.

Instead, he said he was proud to be Kuldeep’s father.

“Dukh toh hai saab beta khone ka. Usse bhi jyada iss baat ka garv hai ki jo baap nai kar paya, wo beta ne kiya desh ke liye shaheed hoke. (More than being sad about losing my son, I am proud of him that he attained martyrdom for the country, something I as a father couldn’t do,” Ghanshyam, a ward councillor, told The Telegraph Online over phone.

Ghanshyam said he learnt about his son’s passing around 11.15pm Thursday night. “A CRPF official called me to inform me that my son suffered bullet injuries during an encounter with terrorists and was being rushed to hospital. But I sensed that he was no more. So, I asked him when we could expect his mortal remains and he replied that we had ‘lost a brave jawan’,” he said. 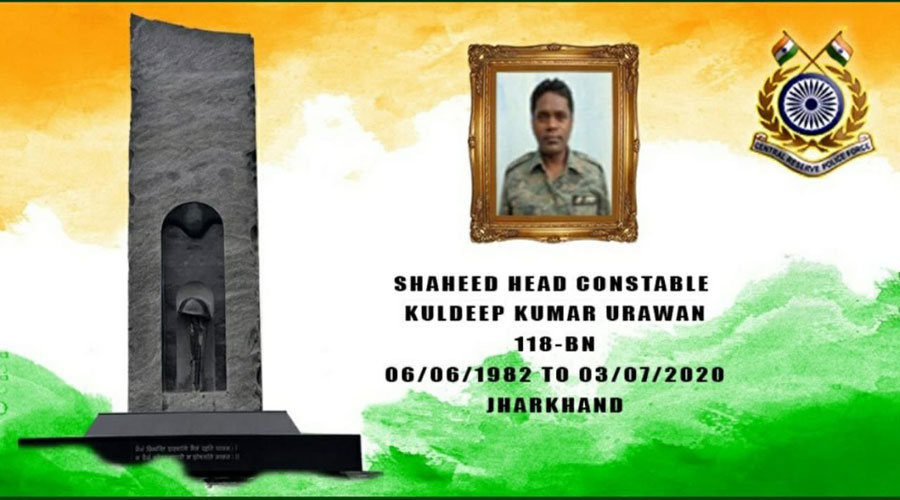 “The entire country is proud of the supreme sacrifice. The state government is firmly behind the bereaved family,” the chief minister said.

This is the second recent instance of a Sahebganj jawan being martyred. Last month, Kundan Kumar Ojha was among 20 jawans who died during violent skirmishes with Chinese troops in the Galwan Valley.