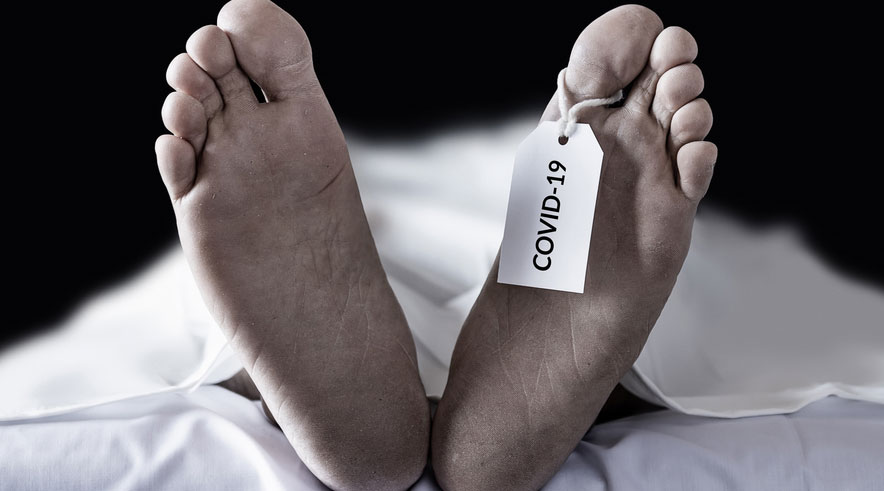 Dhanbad residents objected to the preparation of a plot for performing the last rites of the Covid dead.
Shutterstock
Achintya Ganguly   |   Ranchi   |   Published 20.07.20, 04:56 AM

The Dhanbad district administration in Jharkhand had to impose prohibitory orders under CrPC Section 144 at a village on Sunday after residents objected to the preparation of a plot for performing the last rites of the Covid dead.

The authorities had on Saturday engaged some workers to level the vacant 3.5-acre government land that is half a kilometre from Amjhar village, about 20km from Dhanbad.

When villagers began to object on Sunday, police tried to chase them away. The protesters allegedly hurled stones, injuring a policewoman and breaking the windscreen of a JCB machine.

Although the local people alleged that the police resorted to a lathicharge, Dhanbad sub-divisional officer (SDO) Raj Maheshwaram denied it.

“There was no need for a lathicharge. We had cautioned them through the public address system and asked them not to obstruct the government work,” he said, adding that work resumed after a few hours when the situation was brought under control.

The preparations are being done in keeping with the norms specified by the Indian Council of Medical Research and the guidelines issued by the government, Maheshwaram added.

“The villagers threw stones, injuring a policewoman and two residents,” the official said

Some of the protesters have been detained for questioning.

Maheshwaram said some residents had created panic in the area by claiming that the coronavirus infection would spread if the place was used for performing the last rites of Covid patients, adding that the administration would initiate action against such persons.

“Section 144 was imposed in view of the pandemic as people were not following social-distancing norms (during the protests),” Maheshwaram said, adding that the situation was under control.