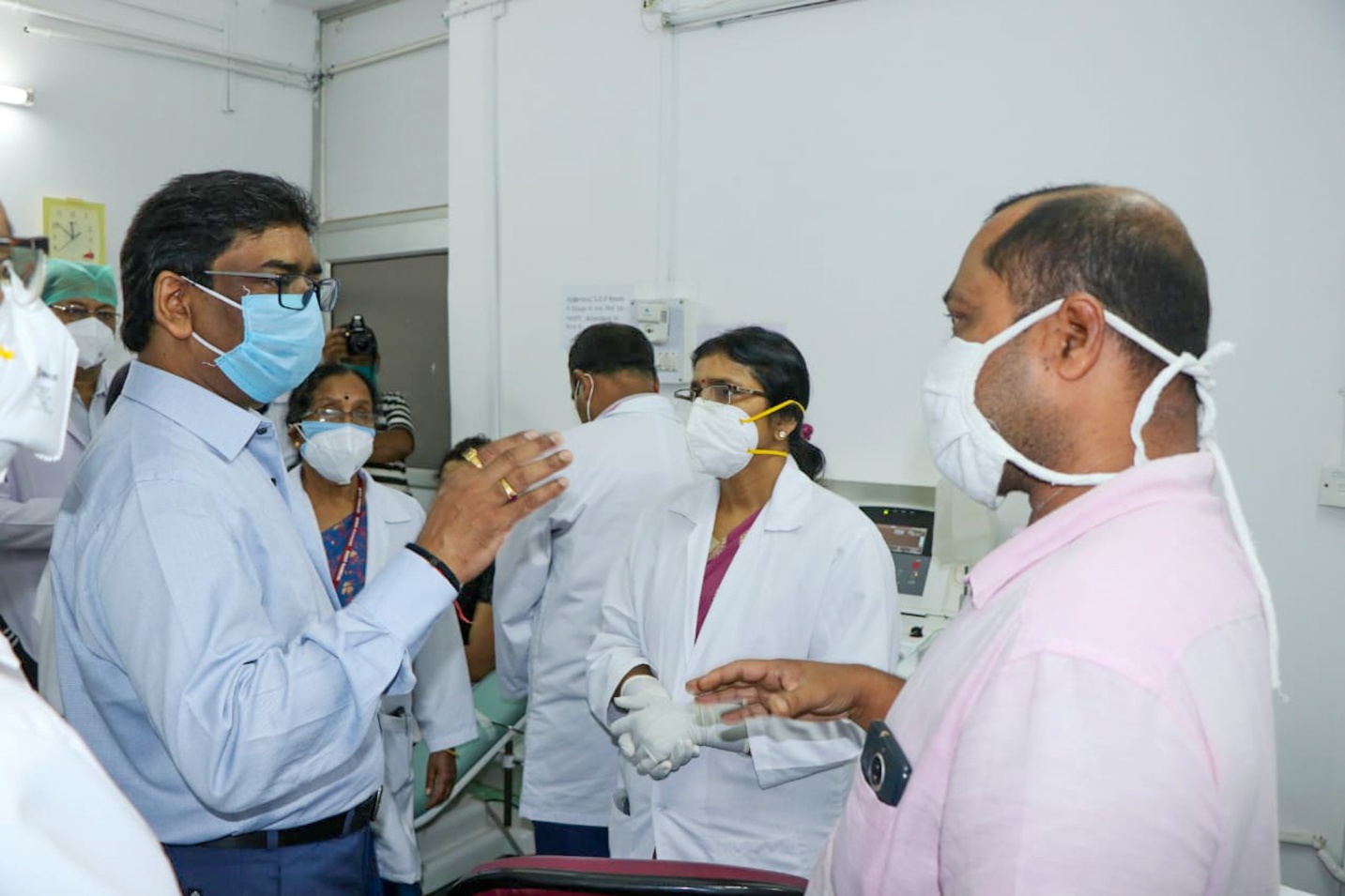 Members of the Soren family were tested for the first time on July 11 after contact tracing of a cabinet minister and a Jharkhand Mukti Morcha (JMM) MLA led to the chief minister.

Swab samples were collected from Hemant and his family members on Tuesday morning, after at least 19 staff at the chief minister's office and residence were found Covid positive.

“The chief minister and his family members have tested negative for Covid-19 for the second time,” Ranchi civil surgeon Dr V.B.Prasad confirmed.

Kalpana Soren's driver and a personal secretary were among the people who came in contact with the Soren family after getting infected, sources from the chief minister's office revealed.

Meanwhile, at least 18 prisoners, including two former MLAs, at Birsa Munda Jail tested positive for Covid-19 on Tuesday, taking the total count of Covid-infected inmates in Jharkhand's largest jail to 30.

While jail authorities have informed the Ranchi district administration about the development, they have been directed to keep the infected prisoners in isolation inside the jail premises.

“All infected prisoners have been put in isolation in the jail premises. There was no immediate need to hospitalise them as all of them are asymptomatic,” jail superintendent Hamid Akhtar informed.

The Covid tests, Akhtar said, were carried out on the basis of contact tracing of prisoners who were found infected earlier. As per protocol, authorities cannot disclose the identity of Covid patients. However, officials said that both the VIP prisoners, who tested positive for the virus on Tuesday, are former MLAs and have held important positions in political parties.

Jharkhand's Covid-19 tally reached 14070 on Tuesday as 398 fresh cases surfaced. A bulletin released by the National Health Mission (NHM) stated that the Covid death toll in the state jumped to 129 on Tuesday as one patient died during treatment.

The NHM bulletin highlighted that 383 patients recovered in the past 24 hours, and the state recovery rate was 36.95 per cent. The mortality rate stood at 0.93 per cent on Tuesday.

The government has so far collected samples of nearly 3.6 lakh people and tested 3.45 lakh of them. Around 2.4 lakh people have been put in home quarantine in Jharkhand and nearly 6000 have been sent to institutional quarantine.