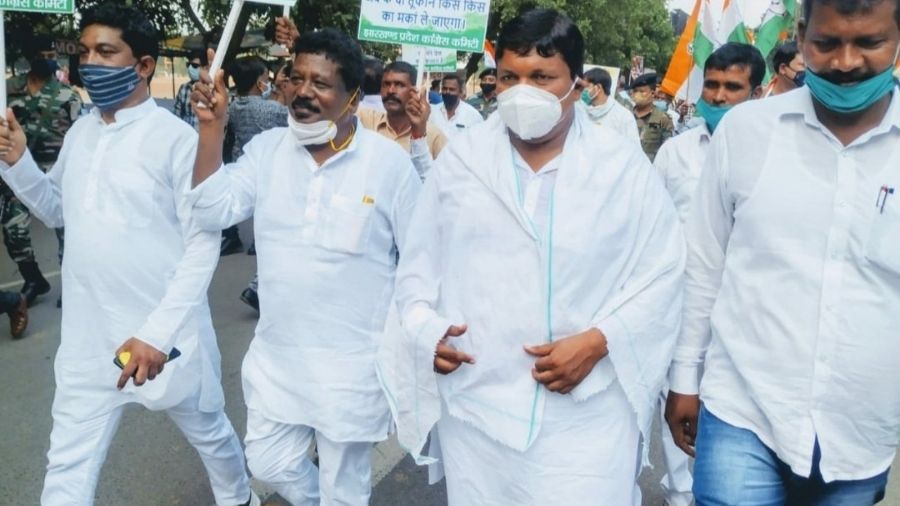 State finance minister Rameshwar Oraon has welcomed the Supreme Court’s decision to halt the implementation of the three farm laws but called for a repeal of all the contentious legislations.

Oraon, who is state Congress chief, told reporters on the sidelines of a get-together organised for the media at Rock Garden at Kanke Road, said, “It’s a victory of farmers. But the fight is still not over. We stand with farmers and their demands. Farmers want complete repeal of the laws, which are against their interests and the Union government now must take it back.”

Last week, the Congress, which is a part of the ruling JMM-led alliance in Jharkhand, had spoken of holding another round of agitations across the state against the laws on January 15.

Oraon said that even after the SC’s decision, they would continue to go ahead with their agitational programme to force the Centre to reconsider its decision. “All preparations have been done for the January 15 stir, which will be even bigger than the earlier agitations,” he said.

Party spokesperson Alok Dubey dubbed the apex court’s verdict as a slap on the face of the Union government. “Despite over seven rounds of negotiations with farmers, nothing has come out so far because the government is not ready to shed its ego.

“The laws were passed illegally without proper consultation with states. The apex court’s directive is a kind of a slap on the face of the Union government. It is high time, the government learns to listen to its people,” Dubey said.

JMM has also spoken out against the new farm laws with chief minister Hemant Soren criticising the Union government as “anti-farmer” and “pro-capitalists”.