Vehicle-parking passes in Morabadi grounds to be of 4 colours—white, yellow, blue and green 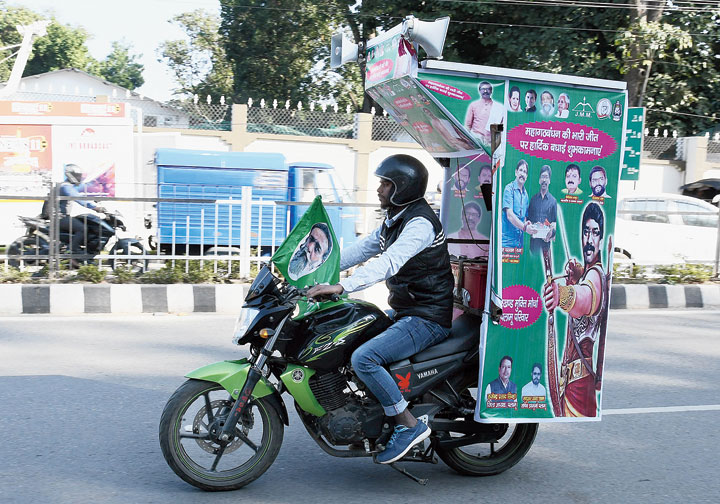 As preparations for Hemant Soren’s swearing-in at Morabadi grounds on Sunday were on in full swing in the capital on Saturday, the colours chosen for vehicle-parking passes sparked chatter.

Passes of four colours —white, yellow, blue and green — were issued, the arrangement aimed at helping commuters and pedestrians.

White passes were issued to “VIP and VVIP” vehicles, which will be parked behind the main stage where the swearing-in will take place.

The route used for vehicles with white passes will be properly sanitised.

Vehicles with yellow passes will be parked on the western side of stage, that one can reach via the Ranchi senior superintendent of police’s residence and the road connecting it with Morabadi.

Vehicles with blue passes will be parked on the police outpost campus at Morabadi and the open space beside army ground, where one can reach via the same route specified for vehicles with yellow passes.

Vehicles with green passes will be parked near the Tribal Museum and the northern side of army grounds.

Apart from this, the roundabout near Morabadi ground will be manned by traffic personnel to ensure that movement of people not participating in the swearing-in does not get disturbed and traffic can be diverted according to the need at the time.