14-year-old tribal athlete from Ranchi, first woman to qualify for the world championships 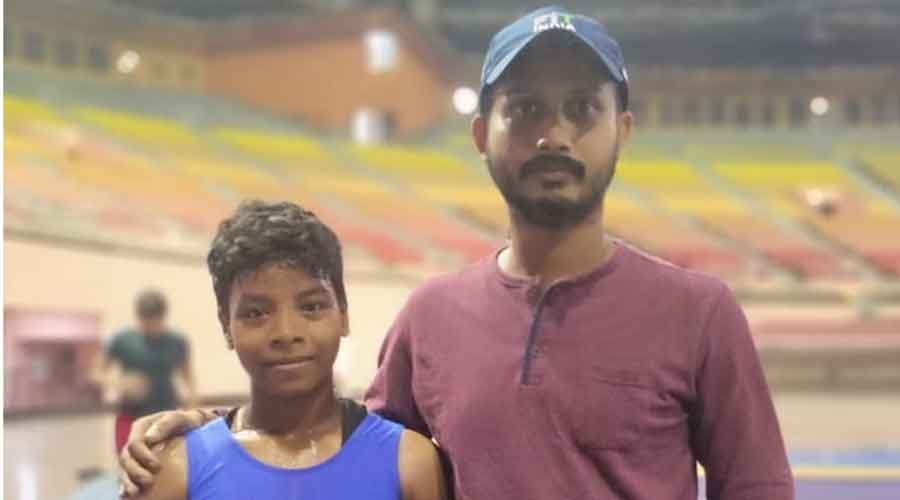 A tribal athlete from Ranchi created history on Monday by becoming the first woman wrestler from Jharkhand to have qualified for the world wrestling championship.

Fourteen-year-old Chanchala Kumar of Hotwar village in Ranchi achieved the feat by clinching gold in the trials held in Delhi earlier in the day to book her berth in the sub-junior category (40 kg). The world championship will be held in Budapest, Hungary, between July 19 and 25.

Chanchala belongs to Jharkhand State Sports Promotion Society (JSSPS), a joint venture between Central Coalfields Limited (CCL) and the state sports department, which runs various academies at the mega sports complex in Hotwar to hone skills of budding players. JSSPS officials said that Chanchala belongs to the first batch of JSSPS which stared training in 2016.

Jharkhand State Wrestling Association president Bholanath Singh said, “It’s a momentous occasion for the entire wrestling fraternity of the state as Chanchala has become the first ever wrestler to have qualified for the world championship.”

Singh said Chanchala had the potential to scale heights and since the start of her career, she has been gradually taking high strides. “She has already won a few medals at national meets. For example, she won silver in SGFI games in 2017 and went on to clinch two successive golds in these meets which were held over the next two years,” he said.

She inducted to the India camp about a year back to hone her skills. “She was picked up by Sports Authority of India (SAI)-Lucknow where she was training for about a year now,” he said.

Chanchala was ecstatic after her qualification. “I am hoping to do better for my country in the upcoming meet. The last one year was a challenging period in terms of training due to Covid-19 as we resorted to online training on technique more than physical action. But I kept practicing on my own even when I was at home for many months during lockdown. Fortunately, my parents never discouraged me to leave the game even though there were times when there was huge strain on my father's earnings due to the lockdown,” she said.

Chanchala's father, Narendra Pahan, is a small time farmer, while her mother is a home maker. She has three siblings—an elder brother and two sisters, one younger to her.