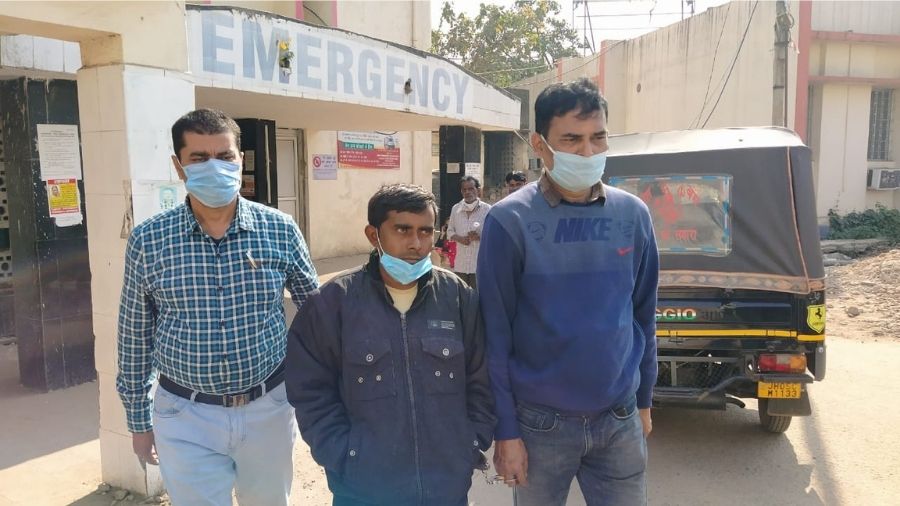 A two-member CBI team from Assam raided a house in the steel city on Friday and arrested a 35-year-old man for allegedly siphoning off over Rs 3 crore from  customers of banks in Assam.

The CBI team, in cooperation with the local police, raided the rented house of Kamlesh Pal, a contract worker, in the Govindpur area and picked him up early on Friday morning. Pal was getting ready for work when the CBI team arrived.

"Although we are not aware about the details of Pal’s cyber crime operations, but we know he was operating from the rented house in Govindpur where he was staying," Singh told The Telegraph Online.

After his arrest, the CBI team took Pal to MGM Medical College Hospital for examination and subsequently approached the local court for a transit remand. The CBI officers left Jamshedpur after they go a two-day transit remand.

According to police, the accused is a resident of Garhwa district of Jharkhand. They believe he is likely to divulge crucial information about cyber criminals active across Jharkhand and Assam.

Pal’s arrest created a sensation in the Kailash Colony neighbourhood. Local residents considered him to be an amiable person doing odd jobs as a contract worker.

"We thought Kamlesh was a decent person. We were really surprised to learn that he was a cyber criminal in the guise of a humble contract worker," quipped Vikash Srivastava, an immediate neighbour of the accused.