There were hope of a big bang Budget, but what finance minister Nirmala Sitharaman delivered left many scratching their heads 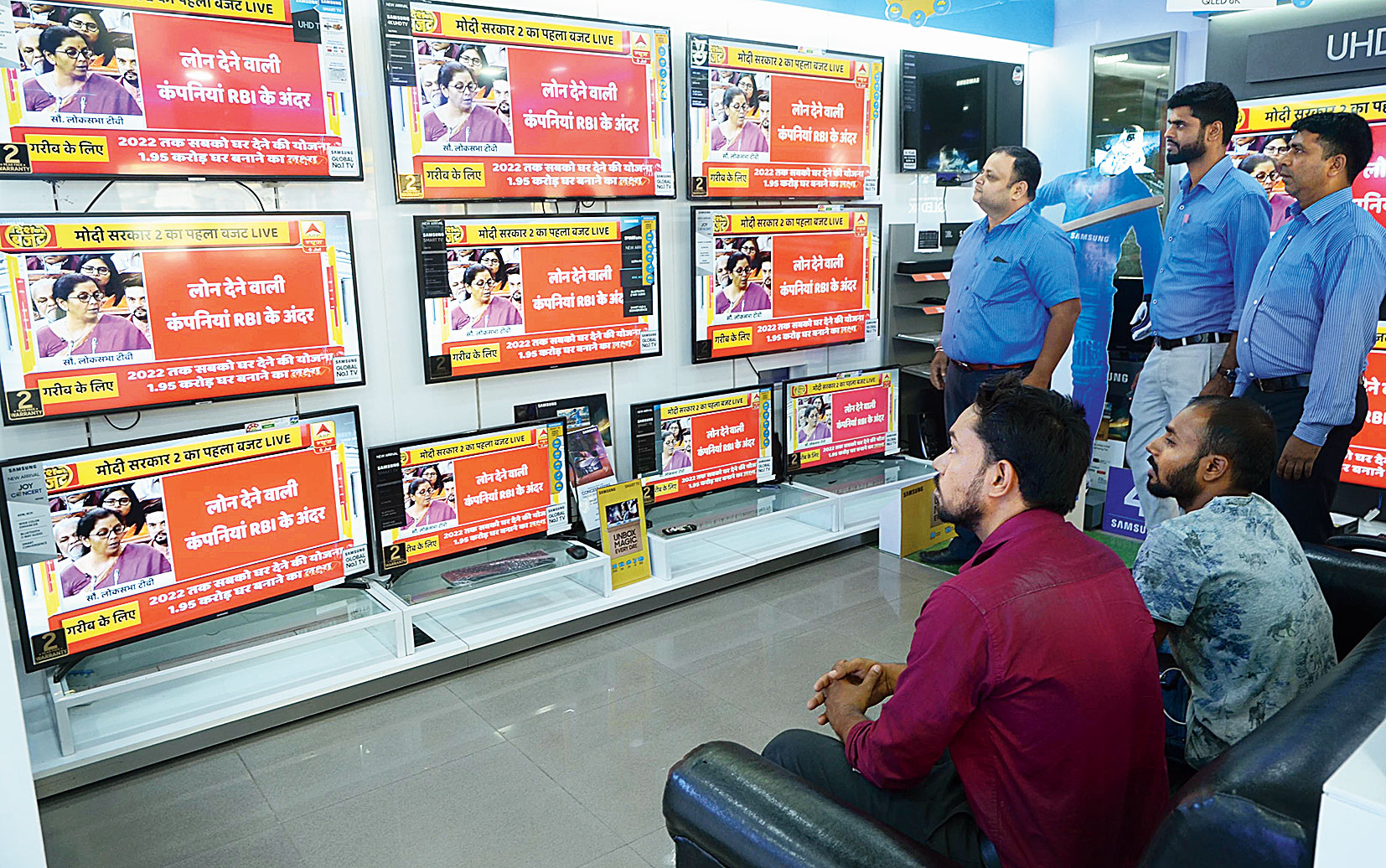 There were hope of a big bang Budget, but what finance minister Nirmala Sitharaman delivered left many scratching their heads.

The Telegraph reached out to a cross-section of Ranchiites, including a few who had outlined their expectations on Thursday, for their reaction to the Budget on Friday. The average ratings they gave tell their own story:

The Budget left me disappointed. There is no good news for the middle class. While the government announced to allocate funds and measures to improve school and higher education, on the other hand import duty on foreign books has been increased. Being a bookseller I can say that this has come as a huge setback for students who will have to pay more. I wonder how this step will help higher education.

I had expected that being a woman, finance minister Nirmala Sitharaman would take care of the interests of women. But I did not find anything innovative in the Budget. Girls have not been given any concession in higher education fees. However, there are a few things for women empowerment like Rs 1 lakh loan offered to self-help group women members and every woman of a verified SHG having a Jan Dhan account has been given overdraft facility of Rs 5,000.

The Jal Jeevan Mission is a welcome change as it addresses the need of water. Incentive on electric vehicles is a positive step. But I certainly felt bad that green/carbon tax was not discussed. Udan Yojana is also a good step besides launching of the new series of coins that the visually impaired can recognise. However, there are certain other announcements made in the Budget that the middle class may not appreciate.

The tax slab should have been increased. Though a tax relief of Rs 1.5 lakh on home loan for purchase of a house up to Rs 45 lakh has been given, that is not going to benefit a single-earning-member family which can’t afford to buy a house. Besides, custom duty on fuel has been increased which may cause price hike. We had expected petroleum products will be brought under GST.