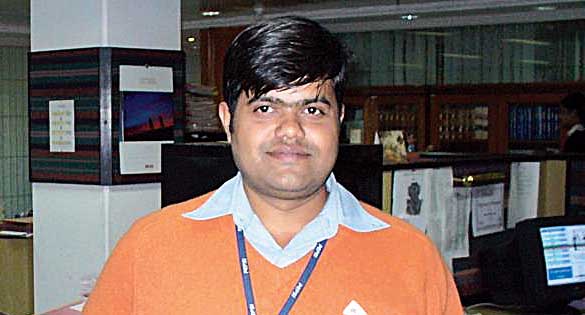 The Delhi-based brother of a deceased Timken India executive lodged a 174-page protest petition in the Jamshedpur CJM court on Wednesday in reply to the 160-page CID final closure report submitted to the same court on July 16, 2018.

The CID in its final closure report gave a clean chit to Dr Atul Chhabra and his place of work, Tata Main Hospital, on the death of Timken India executive Vishal Chand in May 2011. Vishal, then 33, died of a massive cardiac attack a day after he was allegedly misdiagnosed for hyperacidity by Dr Chhabra, a TMH senior medical officer then.

Outraged brother Shishir, fighting for justice for his brother Vishal for years now, told this paper on Thursday that he did not buy the CID report.

“The CID report is silent on many aspects of the MCI ethics committee findings on negligence and recommendation to suspend the said doctor’s license for six months. The CID report conveniently relied on the fact that it could not get expert opinion from government hospitals on Vishal’s treatment. Both RIMS (Ranchi) and AIIMS (New Delhi) refused to reply to questions given by the CID in 2016 and 2017,” Shishir said.

The CID report was silent on alleged anomalies in Dr Chhabra’s medical education records, he added.

“The CID report does not speak on grey areas of Dr Chhabra’s medical degree despite my giving sufficient evidence of contradictions in admission records of MGM Medical College and Ranchi University in 1990. The CID report rejects my RTI plea to send the MBBS degree copies of Dr Chhabra for forensic test on the grounds that Ranchi University confirmed through degree dispatch register that a degree had been issued to one Atul Chhabra in 1998, though there is no record of the degree copy, mark sheet or admission documents in the varsity or medical college,” Shishir said.

“I kept waiting for a year for the RTI reply from Ranchi University to my application dated December 12, 2017, seeking authentication of Dr Chhabra’s degree. The varsity did not comply. I filed a second appeal with Jharkhand Information Commission, but they did not confirm the degree’s authenticity,” Shishir said.

Shishir approached first-class chief judicial magistrate S.N. Lamay on April 30, 2014, charging that medical negligence leading to his brother’s death, and acting on the court’s directive, filed an FIR against Dr Chhabra with Bistupur police on May 4, 2014, under IPC Sections 304 and 304 A (culpable homicide not amounting to murder and death due to negligence). Alleging tardy probe by city police, he approached DGP D.K. Pandey, who in turn transferred the case to the CID in July 29, 2015.