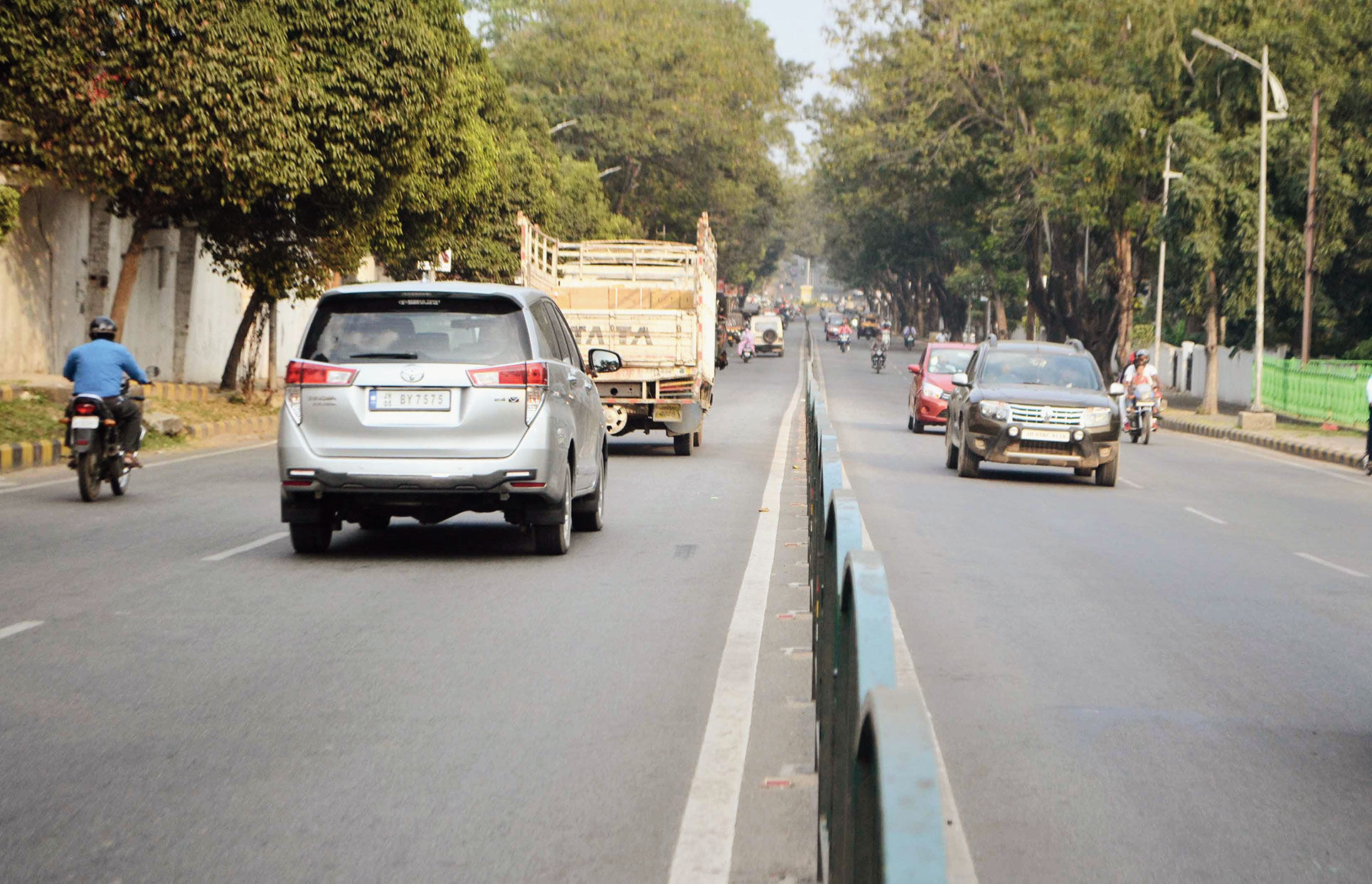 The spot near JRD Sports Complex on Straight Mile Road in Jamshedpur where Sujit Singh was killed on Saturday night.
Picture by Animesh Sengupta
Our Correspondent   |   Jamshedpur   |   Published 28.10.18, 06:26 PM

A young man and a teenaged boy lost their lives in road accidents on Straight Mile Road near JRD Tata Sports Complex in the steel city late on Saturday night and on Tata-Kandra road near Adityapur Toll Bridge on Sunday morning.

Sujit Singh (22) who died in the Bistupur mishap was a resident of Vidyapati Nagar in Baridih and worked at a mobile store in Sakchi. Ashish Kumar, 17, lived in Mirudih Bustee under RIT thana in Adityapur, 5km from here.

Sujit’s bike hit the iron road divider near JRD complex around 10pm on Saturday. He was on his cellphone when he lost balance, police said, adding that he was also not wearing a helmet. The youth was rushed him to MGM Medical College and Hospital in Sakchi, but declared brought dead.

Neeraj Kumar, to whom Sujit was talking over phone, said the youth had gone to Sonari to meet his girlfriend. “On his way home, he spoke to me for barely five minutes before the line got disconnected. He was just telling me that he would talk once he got home. After 10 minutes or so I got a call from Sujit’s number, but it was a cop saying he had had an accident,” said Neeraj, a childhood friend.

Bistupur thana OC Srineewas confirmed that the young man was speeding, was without a helmet and using his mobile phone when the bike hit the iron divider. “The body has been sent to MGM Medical College in Dimna for autopsy.”

In Sunday’s accident, which took place a stone’s throw from the toll bridge in Adityapur around 7am, Ashish was not at fault. He was merely riding an auto-rickshaw driven by his father on Tata-Kandra road when a trailer truck hit the three-wheeler from behind.

“A patrolling party had reached the spot in a few minutes and rushed both to MGM hospital. The father survived head and hand injuries, but the boy did not,” said sub-inspector Upendra Pathak of Adityapur thana.

Police are trying to identify the heavy vehicle that sped away towards Kandra after hitting the auto. The teenager’s body has also been sent for post-mortem.