Dr S. Sharan, a consultant with AIIMS, visited the MGM on request from state health minister 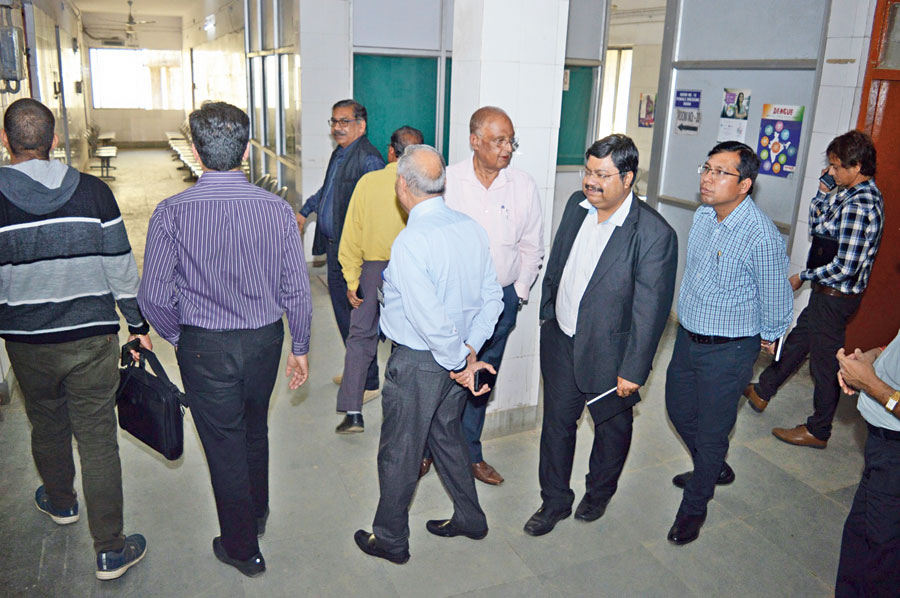 Dr S. Sharan, a consultant with AIIMS Delhi, on Friday inspected MGM Medical College and Hospital, raising hopes of a facelift for the government heal hub.

Sharan visited the MGM on request from state health minister Banna Gupta, who has been pushing for a revamp of the hospital.

The AIIMS consultant went around various departments, took stock of infrastructure and spoke to the doctors and administrative officials for around five hours.

“Dr Sharan had come here at the request of health minister Banna Gupta. He made an extensive inspection of the hospital and also met the medical fraternity,” MGM deputy superintendent Nakul Chaudhury said.

After assuming charge as health minister on February 1, Gupta, who is the legislator from Jamshedpur West constituency, has visited the MGM Medical College Hospital thrice and as many consultant teams, including Sharan’s visit on Friday, have inspected the hospital.

“Earlier, two teams from Mecon and Arogyam, a consultant company and a health hub respectively, had inspected the medical college hospital for suggesting how to improve its condition. We expect Dr Sharan will give us a blueprint of the revamp measures for the hospital shortly,” Bahadur said.

He said health minister Gupta was paying heed to every aspect of the medical college hospital, starting from quality of treatment to cleanliness, hospital security, infrastructure facility and staff strength.

“We have decided to bring a change in the medical college hospital in two phases, short term and long term. In the short term, we will strive for getting the vacant posts of nurses, ward boys, dressers, technicians and others filled up and in the long term we will try for filling up the posts of doctors and teaching faculty.