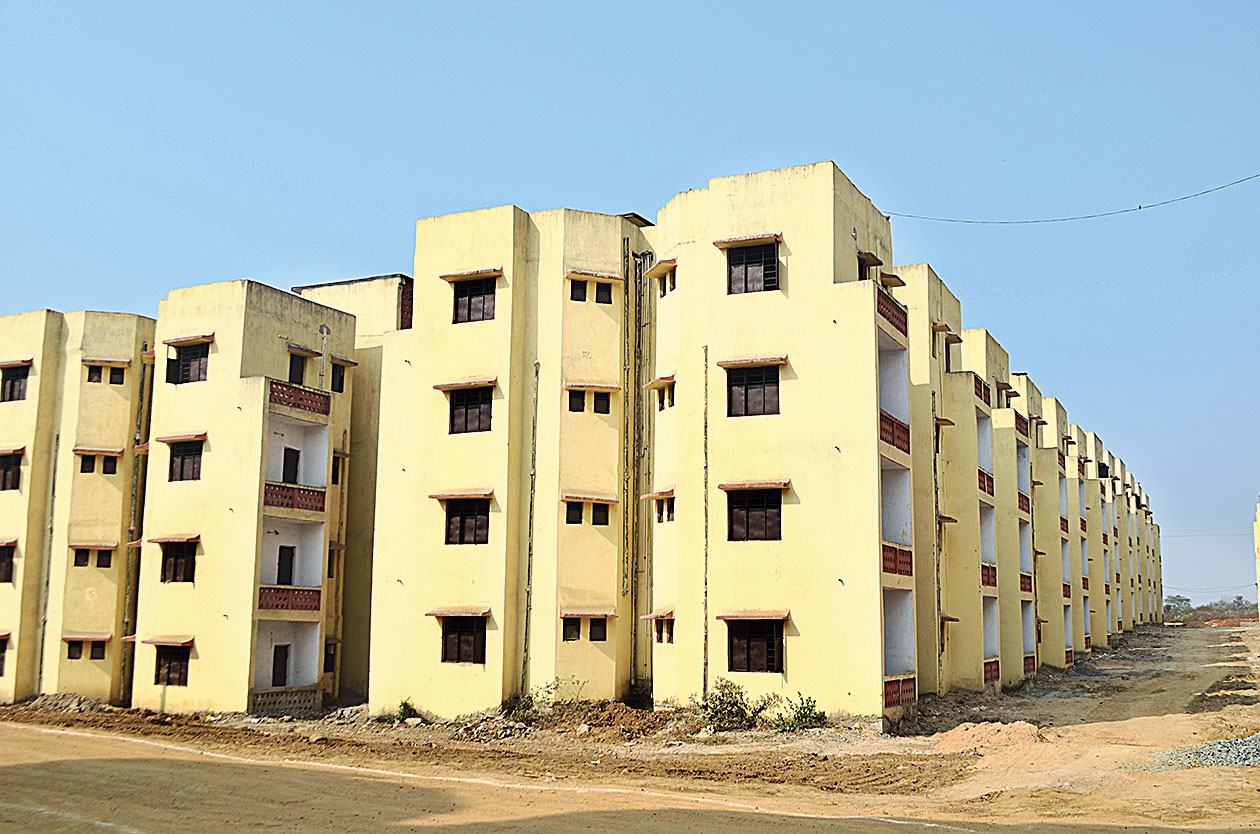 The process of rehabilitation of residents from underground fire-hit areas in Jharia to a safer place, which was stalled following the implementation of the model code of conduct, resumed on Saturday with Jharia Rehabilitation and Development Authority (JRDA) allotting 350 quarters to as many families at Belgarhia in Baliapur block.

“Currently, the JRDA has no pending cases of allotment. It will carry out more allotments in accordance with the list sent by BCCL,” Azfer Hasnain, the rehabilitation and resettlement in-charge of JRDA, said.

Hasnain said the agency had got a list of around 550 affected families in March of which 200 were provided quarters at Belgarhia.

The rehabilitation of the remaining 350 families was stalled due to the kicking in of the model code of conduct on March 10.

Notably, JRDA allots quarters on the basis of the priority list prepared by BCCL.

The rehabilitation process is likely to pick up pace after the upcoming meeting of the high power committee of the coal ministry on fire, subsidence and rehabilitation in New Delhi on May 29.

The meeting, to be chaired by coal secretary Sumanta Chaudhary, will be attended by senior officials of JRDA, BCCL and Central Mine Planning and Design Institute.

Issues like one-time allotment of compensation to legal title holders, preparation of additional modules other than Jharia master plan to rehabilitate almost 1 lakh families and verification of data on socio-economic survey of people living at 595 fire-affected sites are likely to the discussed during the meeting.

Only illegal encroachers living in fire-hit sites were being rehabilitated so far.

However, earlier this year, coal secretary Sumanta Chaudhary directed the district administration and JRDA authorities to initiate the process to rehabilitate everyone, including the legal title holders, by providing monetary compensation as part of one time-settlement.

Meanwhile, construction of around 4,000 quarters is under progress in Belgarhia. Around 6,300 houses have already been built and around 3,050 families rehabilitated since March 25, 2010.

The coal stock at Central Coalfields’ Kathara-based washery in Bokaro, which falls under the underground fire-affected zone, caught fire in the wee hours of Sunday, prompting CCL authorities to engage two fire tenders, which doused the flames after four hours.

“The fire has been controlled. However, such incidents can happen again because the area falls under the underground fire-hit zone. It is very difficult to control the fire that is razing here for several years,” project officer of Kathara Colliery R.C. Singh said.