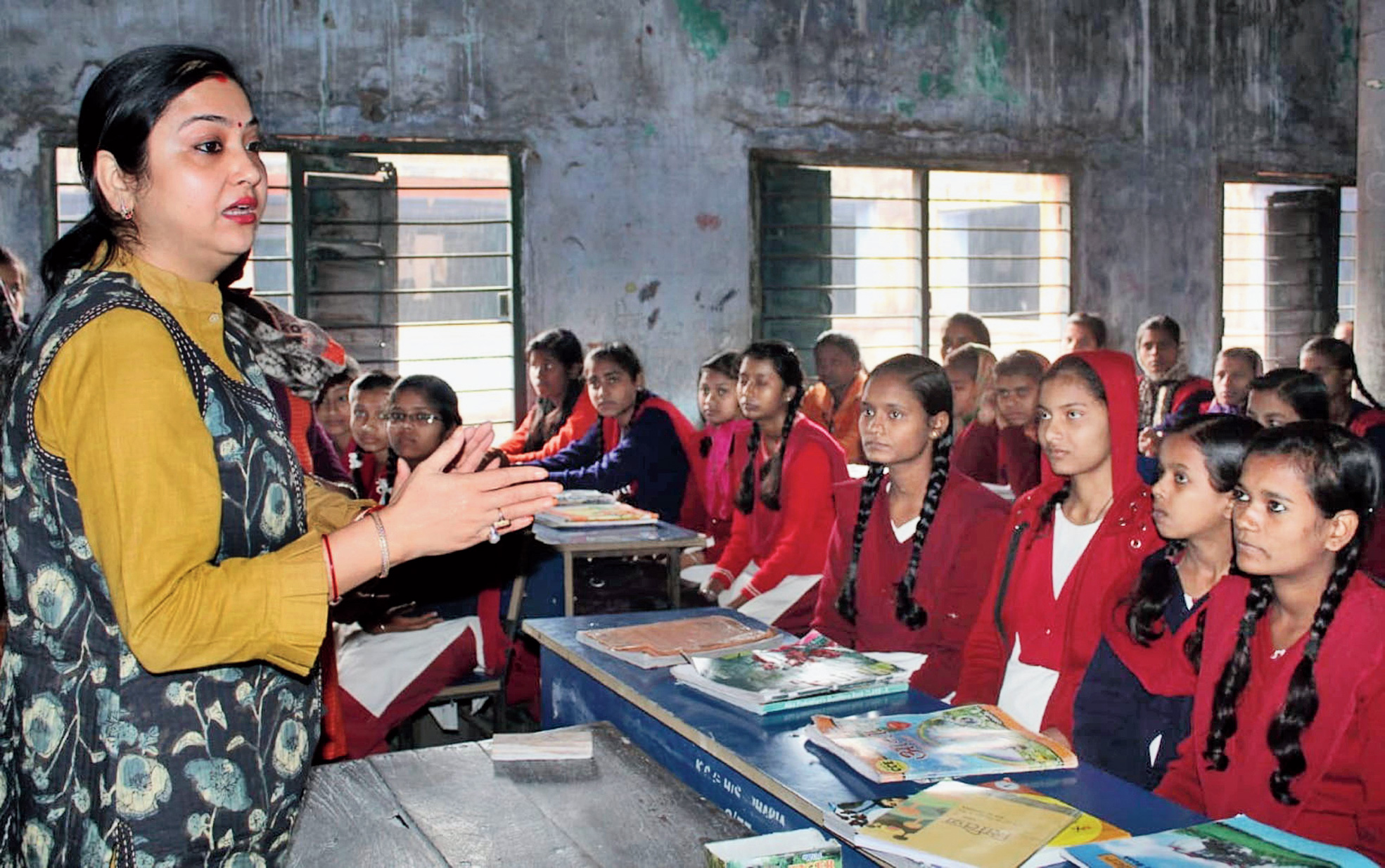 Seven-year-old Aditya Raj could have ended up washing vehicles in a garage after his father died three years ago because his mother’s income as a maid in Jharia wasn’t enough to support their family of two. But, thanks to a good Samaritan, he has been going to school for two years now.

Kaushal Thakur, 13, of Bastacola also got lucky. Expenses of his education, which his construction worker father would have never managed to shoulder, are borne by a do-gooder.

Both boys have the same person to thank for saving their future: Prachi Jha, a social worker and wife of senior divisional commercial manager of Dhanbad, Ashish Kumar Jha.

Prachi spends several thousands a year to sponsor the education of Class I student Aditya and seventh grader Kaushal at Balika Vidya Mandir (a co-ed school that was initially opened only for girls), where the base fee is Rs 600 a month.

Chandan Singh, founder of voluntary outfit Samadhan that brought the destiny’s children in touch with their fairy godmother, said Prachi also volunteered to teach over 2,000 boys and girls at the two centres of the NGO in Jharia and Dhanbad. “She readily agreed to sponsor the education of the two boys who then studied at our Jharia centre. She is like a mother to all the children she teaches,” Singh said.

A matriculate from Notre Dame Academy in Patna, Bihar, Prachi completed her graduation with a degree in journalism and public relations from Patna Women’s College in 1997. Currently, she tutors tenth graders of government schools, guiding them for upcoming exam challenges.

Speaking to this correspondent, the good Samaritan said she emphasised on topical studying and revision before tests. Time management, she stresses, is equally important at a time children are hooked to mobile phones.

“The best way to help children from modest economic backgrounds is doing something to shape their career. I have been making this effort since my college days in Patna. When my husband was posted in Assam, I teamed up with an NGO to teach poor students. I hope to continue my work as long as I can,” she said.