Advertisement
Home / Jharkhand / 180 to fly in from Mumbai 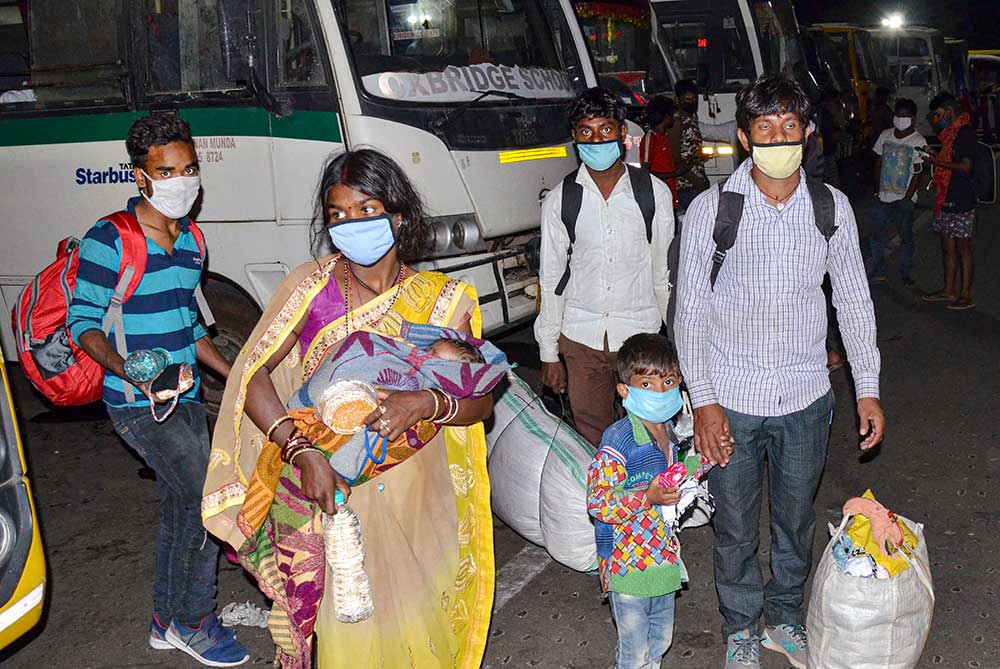 The alumni network of the National Law School of India University (NLSIU), Bangalore, has leased an AirAsia aircraft to shift 180 migrant workers who hail from various districts of Jharkhand and are stranded in Mumbai during the prolonged lockdown. This is the first instance when a group of private individuals have raised funds to lease a chartered plane and rescue stranded migrant workers during the lockdown. The flight from Mumbai airport is likely to take off on 6am and reach Birsa Munda Airport in Ranchi at 8.50am.

On why such an initiative, NLSIU alumnus Suhaan Mukerji, a practising advocate in the Supreme Court and a core team member of this initiative, said they were all “appalled at the condition of migrant workers since the lockdown”.

“We have been doing our bit through our alumni network for them, but when got to know of several migrants in great distress in Mumbai and other parts of Maharashtra, we arranged a scheduled passenger flight from Mumbai for them. That flight got cancelled. Then we decided to go for crowdfunding and collected from our alumni around Rs 11 lakh. Then, we held talks with the Tata Group and arrange a special chartered AirAsia flight of 180 capacity to airlift as many migrant workers,” Mukerji said.

The Tatas have a majority stake in AirAsia.

Another core team member who spoke to The Telegraph without coming on quote said they had considered buses for these migrants but decided against that “given the paperwork and technicalities involved in the process”.

“Apart from processing the paperwork, cross-border and interstate permits, we considered the high bus fares and the threat perspective (road accidents). Above all, we would have had no control on whether the bus actually reaches the destinations,” the alumna based in Mumbai said. “Then, we planned to arrange a commercial passenger scheduled flight to take 40 workers. However, given the restrictions imposed on the number of flights a day (25 flights), we arranged a dedicated chartered flight.”

One of the alumni members working with the Tata Group put the core team in touch with the AirAsia (a subsidiary of the Tata Group) management which agreed to lease an aircraft.

Funds were raised “almost overnight” by crowdfunding and donations made by the NLSIU alumni, said Mukerji, who has his roots in Calcutta. “We made a list of stranded migrant workers with the help of activists and NGOs,” added Mukerji. “We got in touch with Maharashtra Police, the CISF and authorities in Jharkhand. Everyone was cooperative,” he added.

The core team member who spoke on the condition of anonymity added that all the 180 migrants have valid government recognised IDs essential to gain entry to the airport. “They will also follow all security and health protocols laid out by the Union civil aviation ministry,” said the core team member. “If the first initiative is successful, we might replicate it on a larger scale for other migrants and transport them safely and quickly to their native places.”

Recently, chief minister Hemant Soren had also proposed flying in migrant workers of the state stuck in remote Ladakh, Andaman and Nicobar Islands and the northeast states. He had written to the Union home minister Amit Shah asking the latter to allow the state to go ahead with the plan.