Yasin Malik to be tried in 1990 IAF personnel killing case 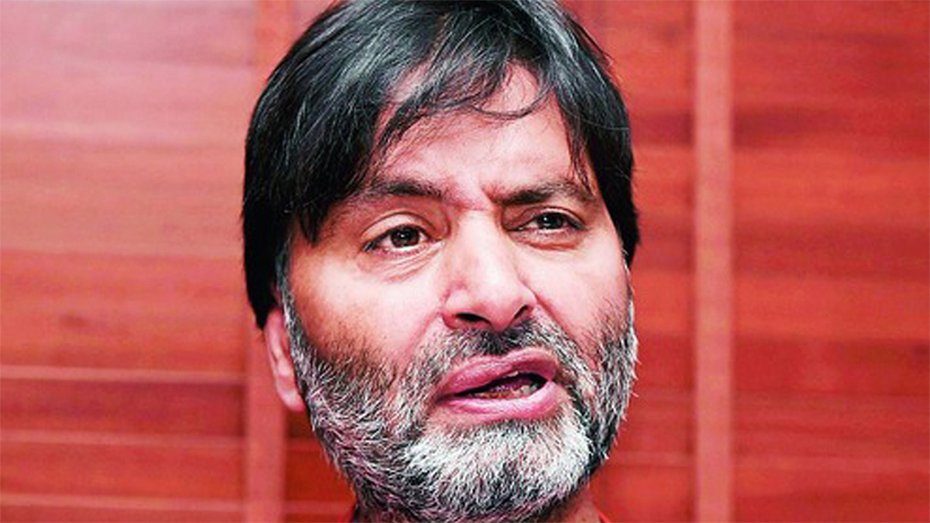 After nearly 30 years, trial in the killing of four Indian Air Force personnel in Kashmir will begin next week as a special court has issued production warrant against JKLF chief and main accused in the case Yasin Malik, officials said.

Besides Malik, who is currently in judicial custody after he was placed under arrest by the National Investigation Agency (NIA) in connection with a terror funding case, warrants have been issued against three others.

The officials said that Malik was likely to be produced through video conferencing and requisite permission was being sought for it.

Besides the killing of Indian Air Force officers on January 25, 1990, on the outskirts of Srinagar city, Malik is also an accused in the kidnapping of the then Union home minister Mufti Mohammed Sayeed's daughter in 1989.

Two charge sheets were filed by the CBI in August and September of 1990 against Malik before the designated TADA court in Jammu. In 1995, he was granted a stay on trial by a single bench of the Jammu and Kashmir High Court as there was no TADA court in Srinagar.

In 2008, Malik approached a special court saying that the trial should be shifted to Srinagar as he was facing security problems in view of the Amarnath row -- an agitation which had divided people of Kashmir and Jammu on religious lines over the issue of leasing out land to outsiders during the annual pilgrimage.

The CBI filed objections and opposed the application, which was rejected in an order dated April 20, 2009.

Finally, decks were cleared this April for the trial of Malik in Jammu in the two cases after standing counsel for CBI, Monika Kohli, argued before the Jammu and Kashmir High Court that the agency had opposed transfer of cases to Srinagar which was rejected.

She also informed the court that petitions challenging the order of TADA court were filed with the high court but these could not be heard.

Highlighting CBI's objections, Kohli also informed Justice Sanjay Kumar Gupta that the TADA court in Srinagar was abolished and the designated court in Jammu was given jurisdiction throughout the state with its headquarters in Jammu in May 1990.

In a 27-page judgment, Justice Gupta, while vacating the order by a single bench, said, '... From bare perusal of contents of petitions and relief sought therein, one can definitely come to conclusion that petitioners (Malik) have sought transfer of their cases from designated court Jammu to additional court at Srinagar, which is not permissible under law.'

Malik was a militant before he gave up arms in the mid-1990s.

The IAF case relates to an incident that occurred on January 25, 1990 at Rawalpora, Srinagar. Air Force employees were fired upon by terrorists in which 40 of them, including a woman, received serious injuries and four personnel were killed on the spot.

On completion of investigation, a charge sheet was filed on August 31, 1990, against Malik and five others before the designated TADA court in Jammu.

The second case relates to the kidnapping of Rubiya Syed, daughter of the then Union home minister Mufti Mohammed Sayeed. She was going to her house at Nowgam when she was abducted by some unidentified terrorists travelling in the same mini bus.