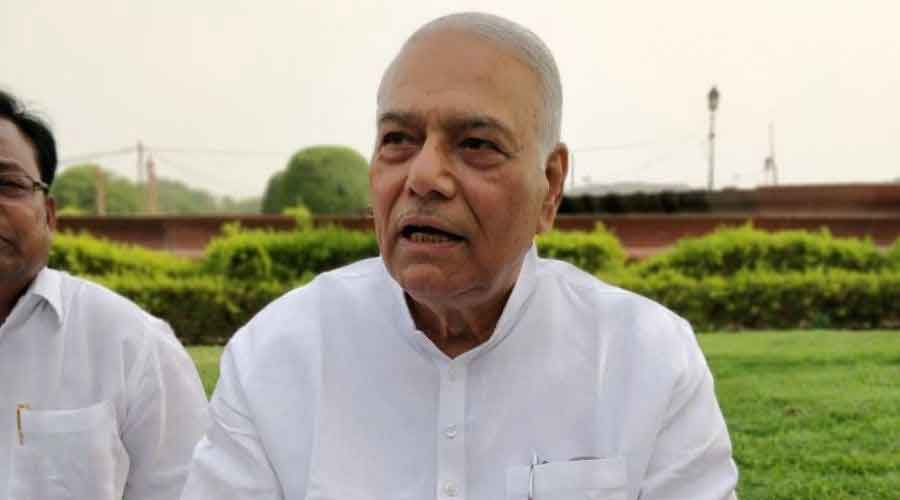 Former Union Minister Yashwant Sinha on Thursday joined the league of petitioners who have approached the Supreme Court for an investigation into the Pegasus snooping scandal, as the top court started hearing the case, noting that the allegations were “serious if newspaper reports are correct”, reports NDTV.

Seeking a court-monitored probe into allegations that an Israeli spyware - sold only to governments - was used in India to target opposition leaders, journalists and others, Sinha also called for directions for the creation of an oversight mechanism to deal with any surveillance-related request made by and to any ministry or government agency.

Besides Sinha, a batch of petitions, including by the Editors Guild of India and senior journalists N Ram and Sashi Kumar, have sought a special probe into the scandal.

Asking the petitioners whether they have tried filing a criminal complaint on the matter and taking exception that one of the pleas named Prime Minister Narendra Modi and Union Home Minister Amit Shah as parties, the court took up the cases on Thursday.

The court, which asked the petitioners to serve the copies of the pleas to the centre so that somebody from the government is present before it on August 10 to accept the notice, also questioned why the matter has suddenly cropped up now when it had come to light way back in 2019.

The judges told senior advocate Kapil Sibal, who was appearing for N Ram and Sashi Kumar, that petitioners in the matter are "educated and knowledgeable" and they should have made efforts to put more material together.

However, they said, “No doubt the allegations are serious in nature if the reports in the newspapers are correct.”

An investigation by 17 global media organisations have found that the Israeli spyware Pegasus had been used in attempted or successful hacks of smartphones using malware that enables the extraction of messages, records calls and secretly activates microphones.

According to The Wire, the Indian media outlet part of the international media consortium, phones of opposition leaders like Rahul Gandhi, Supreme Court judges, ministers and journalists were among potential targets. The controversy has fuelled abrasive attacks on the government by the opposition and brought parliament to gridlock over demands for a credible probe.

The government has dismissed this demand, saying a statement read out in parliament by IT Minister Ashwini Vaishnav - one of the potential targets of the hacking - was sufficient. For days, the BJP has laboured to label the snooping of the phones a “non-issue”.

The NSO Group, which owns Pegasus, admits this is spyware and is used to hack phones, but says it does business only with governments and government agencies. The Israeli company says it does not corroborate the list of potential targets reported by media companies around the world.

The Indian government has said there is "no substance" to the reports of Pegasus being used by it against opposition leaders, journalists and others. NDTV cannot independently verify the authenticity of the list of those who were supposedly targeted.