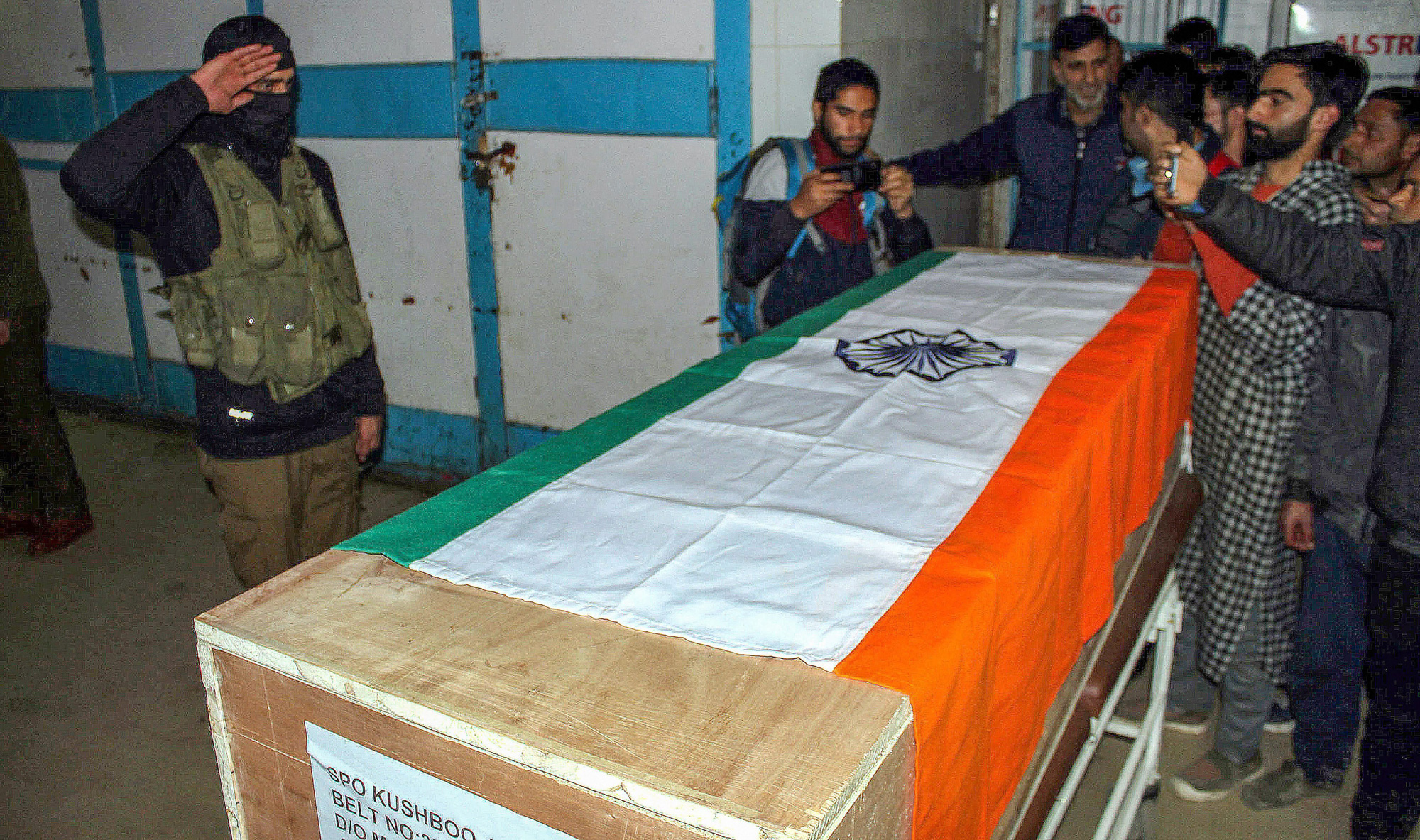 The police said SPO Khushboo Jan was shot at from close range outside her home at Vehli village in Shopian district in the afternoon. Khushboo, who was in her 30s, was in plain clothes. She was shifted to a nearby hospital where she succumbed to her injuries.

The police denounced “the gruesome terror act” and said the force stood with the family.

SPOs are hired on an ad-hoc basis and receive paltry honorariums between Rs 6,000 and Rs 12,000 depending on the number of years in service.

Militants have killed hundreds of SPOs in the Valley in the past three decades, but women officers have rarely been targeted.

PDP leader and former Jammu and Kashmir chief minister Mehbooba Mufti called the killing “a brutal act of terror” and said she strongly condemned it. “My condolences to the family. This vicious cycle of death and destruction seems to have no end,” she tweeted. The National Conference’s Omar Abdullah, also a former chief minister, denounced what he called an “act of terror”.

Militants have stepped up attacks since the announcement of the Lok Sabha elections last Sunday.

An army “deserter” and a civilian were killed and a National Conference block president was critically wounded in three suspected militant attacks since Sunday.