Several vehicles burnt on Road No. 6 at Shahdara 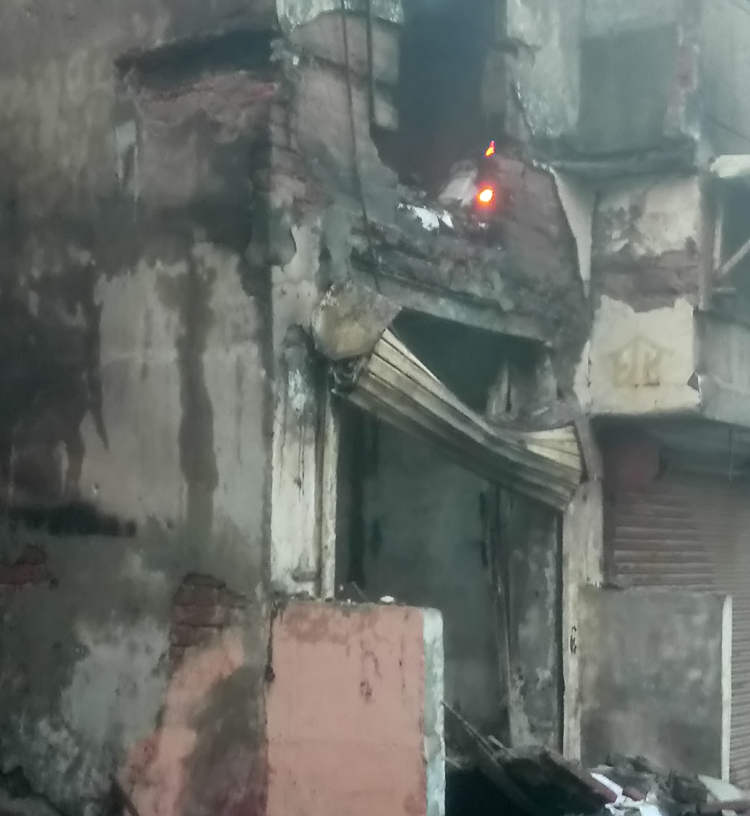 A shop in Gokulpuri in northeast Delhi burns after being set on fire by protesters on Tuesday
Picture by Vishal Narayan
New Delhi   |   Published 25.02.20, 06:30 PM

Several shops and vehicles in northeast Delhi were torched in the third day of violence over the Citizenship Amendment Act (CAA).

Violence, between communities, that began on Sunday continued to sear areas such as Chandbagh, Kardampuri, Maujpur, Gokulpuri and Yamuna Vihar.

Many vehicles on Road No. 66 in Shahdara, flanked by Muslim-majority Kardampuri and Hindu dominated Vijay Park, lay burnt all the way till the Gokulpuri flyover, a distance of a kilometre.

The windowpanes of houses on either side of the road were smashed during stone pelting by both groups early on Tuesday. An unsettling calm was restored by police later in the day, but youths from both communities were gathering at their street corners even as the police and paramilitary forces stood guard.

Instances of selective arson were witnessed in several areas. In Hindu-majority Gokulpuri, a mosque was vandalised and set on fire. In the same area, a chemist’s shop and a restaurant — Delhi Chickan — were set on fire. In Shahdara’s Babarpur area, a preponderantly Punjabi locality, a readymade clothes showroom and an electronics shop were vandalised. Several broken LCDs from the electronic shop belonging to Mohd Asif lay scattered outside the shop till evening, as agitators roamed the area on bikes shouting “Jai Shri Ram” with sticks, rods and wickets in their hands.

Shops belonging to Hindus were not spared either, and several shops were vandalised at Vijay Park.

At Jaffarabad, where the anti-CAA protesters are gathered for days, scores of youths were seen carrying rods and sticks. They stopped media persons from taking pictures. While the youths armed with sticks occupied the road leading towards Maujpur, women collected under the Jaffarabad Metro station and shouted: “NRC pe hallabol.”

As the violence played out across northeast Delhi, even reporters were beaten up by some of the pro-CAA mob participants. Two of NDTV reporters were thrashed by the crowd while they were covering the violence. Reporters were heckled by agitators who did not allow and media persons to use their phones to record their activities.

The number of people killed in the violence rose to 13 by the end of the day.