What RBI can give and what the Centre wants to take 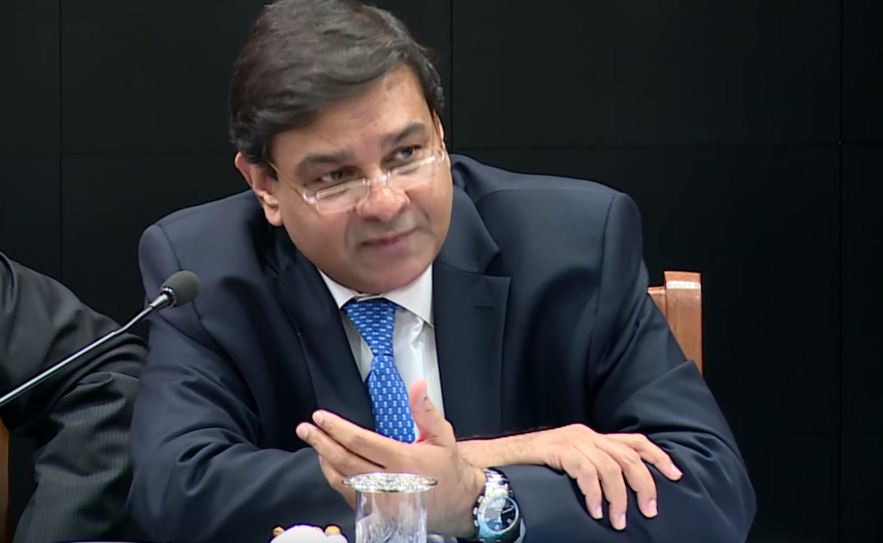 The board of the Reserve Bank of India hunkers down on Monday to discuss a raft of contentious issues ranging from relaxed lending rules for small and medium businesses to the more explosive topic of transferring the central board bank’s notional profits to the government’s coffers.

The deep rift between the RBI and the government had surfaced at a meeting of the board on October 23 that had ended in a sharp disagreement over the finance ministry’s decision to stake claim to the “excess capital” on the central bank’s balance sheet ahead of the general election next year.

The bickering, which should have been kept within the confines of the boardroom, boiled over into a very public spat when deputy governor Viral Acharya delivered a speech drawing attention to the Centre’s move to undermine the RBI’s independence and rob its wealth, which he claimed would draw the wrath of the markets.

The government had threatened to quell the RBI’s dissent over the claim on the money from its contingency capital buffers by threatening to invoke a never-before-used section of the RBI Act that empowers it to direct the 18-member board to manage the central bank’s affairs in emergency situations.

The colonial-era proviso also confers on the Centre the right to dismiss any board member, including the governor.

Governor Urjit Patel and his camp have contended that the capital buffers are necessary to ward off an economic crisis at a time the world economy is staring at uncertainty because of a potential global trade war, economic sanctions against Iran that has impacted the fortunes of oil-dependent economies and the prospect of a flight of capital from emerging markets like India.

The RBI had built the buffer on the gains from the revaluation of its holdings of gold and foreign exchange reserves at a time when the rupee has fallen by more than 16 per cent against the US dollar.

The government, however, rubbishes this argument and insists that it has a right to stake claim to the profits of the RBI. The revaluation gains on the central bank’s books are unrealised and, therefore, illusory.

RSS ideologue S. Gurumurthy, chartered accountant and a fierce advocate of swadeshi economics, has little patience with the RBI’s argument and believes that restrictions on the government’s fiscal spending have constrained growth in the economy.

At one stage, the government had demanded the transfer of a sum of Rs 3.6 lakh crore from the reserves of the RBI but seemed to back down in the face of criticism.

The central board will discuss this issue in a roundabout manner by turning it into a theoretical debate over whether there is a need to “fix an appropriate economic capital framework” for the RBI. This is financial gobbledygook to determine what the size of the RBI’s capital buffers should be.

The RBI has assiduously built up a corpus of Rs 9.59 lakh crore (including a currency and gold revaluation account worth Rs 6.9 lakh crore), which works out to 27 per cent of its assets of Rs 36.17 lakh crore.

The board may choose to focus on issues where there is a greater chance of consensus: greater flow of credit to small businesses and shadow banking agencies, and the possibility of relaxing lending restrictions on the 11 public sector banks that are bedevilled by bad loans and capital adequacy issues.

The RBI officials may be amenable to the Centre’s suggestion to increase the flow of credit to small businesses by lowering the capital risk weightage for banks. Effectively this means that banks will be required to set aside less capital while extending loans to these businesses.

The other big bone of contention is the Centre’s demand to remove lending restrictions on the 11 weak banks.

The prompt corrective action (PCA) framework was introduced in December 2002 as an early intervention mechanism and was revised in April 2017.

The Centre believes that the norms are more stringent relative to international standards, staunching credit flows in the country.

The RBI is likely to defend the current rules by arguing that they are necessary to nurse these banks back to health.

Banking sources said the RBI was unlikely to give in to demands of relaxing the norms by doing away with the condition that links the fierceness of belt-tightening restrictions to net NPA thresholds.

“It (relaxing the PCA rules) is like asking that a patient who is in intensive care to be allowed to have street food. The RBI is only saying that these banks should reduce the NPAs, increase capital and achieve a better return of assets before they come out of the rigours of the PCA framework. Their performance is reviewed every quarter,” said a former central banker.

He added that it would take at least 8 to 12 quarters before a bank emerges from the PCA process.

The central bank officials are also prepared to fight to keep tighter capital requirements for banks than that prescribed by the international standards laid down under the Basel–III guidelines.

Banks in India are now required to maintain a minimum capital to risk weighted assets ratio of 9 per cent against the Basel requirement of 8 per cent. This ratio determines the capital that banks must set aside relative to the level of riskiness of an asset (which is banking parlance for a loan).

Experts said the RBI had fixed a higher standard as the credit-default ratio (CDR) is high in India. CDR is the probability of a loan default over a period of time.

“The government is cherry picking here. The minimum capital norms are higher in some of the countries like Mexico and Singapore. In some of the other rules, we have relatively less stringent standards. For instance, the NPA provision requirement here is lower than in other jurisdictions. In India, during the first year, banks have to make a provision of only 15 per cent of the default amount whereas it is 100 per cent in some other countries,” said a source.

The crisis precipitated by the near collapse of ILFS drew attention to the vulnerabilities of India’s shadow banking system.

The growth in credit to the non-banking finance companies (NBFCs) -– which represent the backbone of the shadow banking system -– has surged 41.5 per cent year on year based on data presented till September 28. That is the highest rate of credit growth in the entire banking spectrum.

NBFCs have been a big channel for lending to small and medium businesses and the government has been keen to make sure that it doesn’t get choked because of liquidity constraints.

Since the ILFS crisis, many other NBFCs have staved off their immediate problems by rolling over their short-term borrowings. Keki Mistry, vice chairman & CEO at HDFC, had recently said the liquidity crisis faced by these firms would blow over in the next three to four weeks.

The big fight between the officials of the finance ministry and the policymakers on Mint Street, where the RBI headquarters is located, is over the issue of reducing the equity and reserves to assets ratio to anywhere between 14 and 18 per cent.

Any excess could then immediately be transferred to the Centre and spent on social welfare programmes and lollies for farmers and small businessmen — the traditional voter base of the Modi government.

The counter-argument from the supporters of the RBI is that if you exclude the revaluation reserves, the ratio comes down to a modest 7 per cent.

But any accounting sleight-of-hand that a capital transfer to the government involves is going to be fraught with problems. A raid on the liabilities side of the balance sheet will have to be matched with a concomitant decrease on the asset side through the sale of foreign currency assets and gold, which some feel could deliver a deflationary shock to the economy.

Gurumurthy believes that the government should print money at will to break out of any liquidity shortages that is holding up credit to small businesses. He also supports the idea of slapping big restrictions on imports -– a move that could also potentially shrink the economy.

There has been some talk that the government is ready to kick the ball on these hugely divisive issues down the road by setting up a committee to discuss these issues.

But if it comes to the crunch, the government will be able to call the shots, largely because it has packed the board with loyalists and economists who favour greater government influence over the RBI.

In August, Gurumurthy and Satish Marathe, a former banker who was in the student wing of the BJP, were named to the board. Last month, the government appointed retired bureaucrat Revathy Iyer and Sachin Chaturvedi, head of a Delhi-based think-tank, while removing Nachiket Mor who was close to RBI officials.

It means that of 18 current members, five come from the government bureaucracy, two are finance ministry officials, and two have close links to Modi and the BJP. Four have a business background, including Tata group chairman N. Chandrasekaran and Sun Pharmaceuticals chairman Dilip Shanghvi.

The other five are Patel and his four deputy governors.