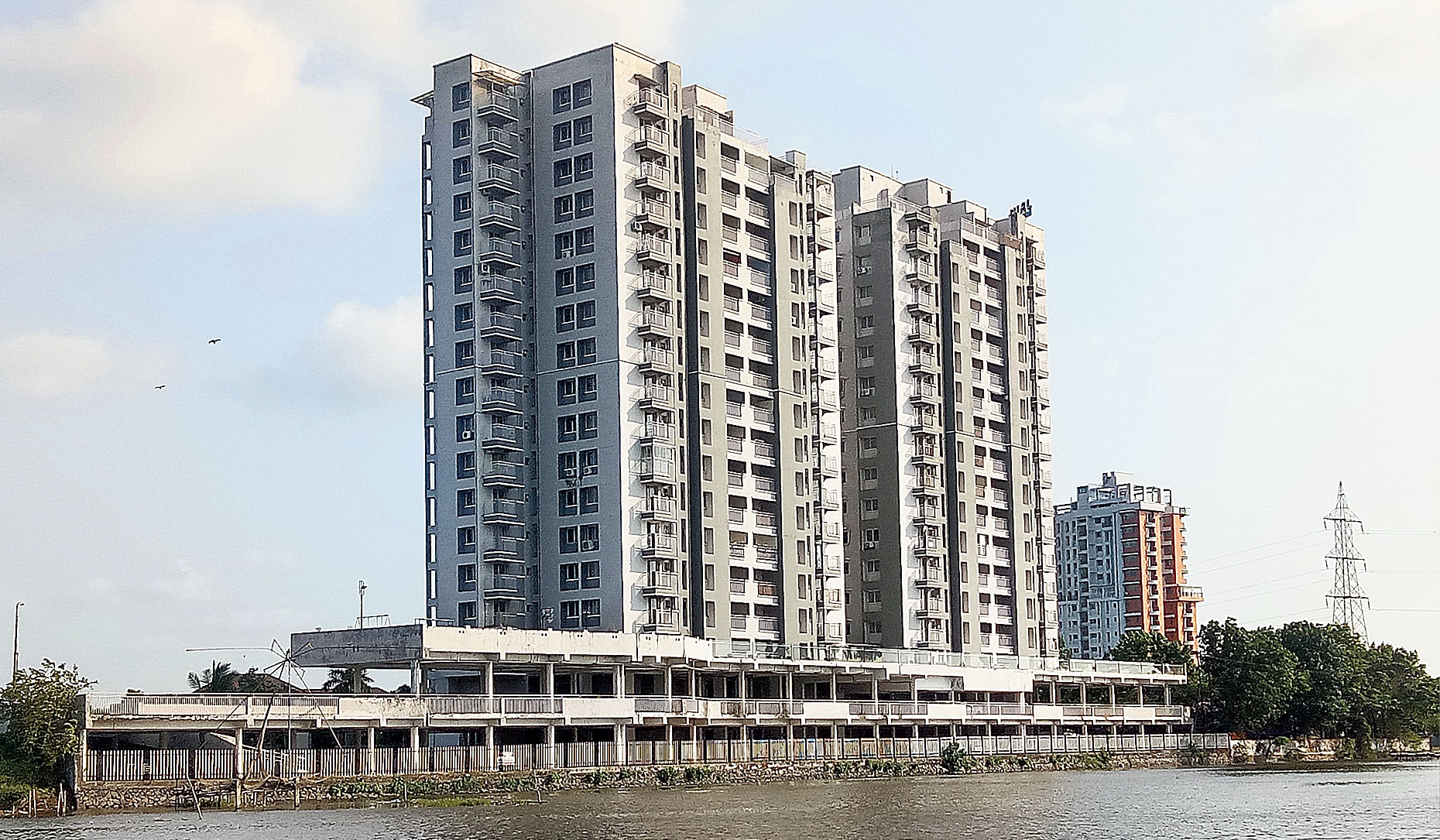 Politicians of all hues are making a beeline to a clutch of plush waterfront apartments in Kerala as the clock ticks on a demolition deadline set by the Supreme Court.

The issue has raised wider questions: whether a state government that insisted on enforcing in letter and spirit a court order that lifted a ban on the entry of women into Sabarimala temple can take a different stand now and whether affluent flat-owners should be given the leeway that was denied to the poor.

Around 350 families have refused to vacate the apartments constructed in violation of Coastal Regulatory Zone rules. The families say they had been misled by local authorities who had approved the real estate project.

The residents have to vacate the buildings by Sunday evening for the municipality to implement the apex court order to demolish the cluster of buildings by September 20.

The then Maradu panchayat, which later became a municipality, had granted permission in 2005 to construct the buildings in violation of the CRZ regulations that made it mandatory to maintain certain distance from the waterways.

Since the matter came up before the authorities, the flat owners had put their foot down and refused to vacate, saying they had no place to go.

The Supreme Court had on May 8 ordered the state to demolish the buildings in 30 days. But the residents got some relief, after which the court, on September 6, set the September 20 deadline.

The ruling Left Front, which has now thrown its weight behind the residents in an outburst of competitive populism, is facing questions on why it is not showing the zeal it displayed in enforcing the Supreme Court on the Sabarimala temple.

The principled stand of the Pinarayi Vijayan government on the temple entry was blamed when the Left fared miserably in the Lok Sabha polls.

Among the flat owners are several film personalities such as popular actor Saubin Shahir and actor-director Major Ravi.

“I bought this flat with my hard-earned money. Now I am faced with the eviction notice,” Shahir told reporters.

Shamsudheen Karunagapally, a senior lawyer and chairman of the Maradu Bhavana Samrakshana Samiti — a collective of all the affected flat owners — insisted no one would vacate.

“None of us will vacate our flats,” he told The Telegraph on Saturday amid a series of meetings as the D-Day knocked on their doors.

“The government can do whatever it wants to evict us, but none of us will move an inch. If it comes to force, we are ready to face anything,” said the lawyer, who like other residents, were waiting for the apex court to consider their curative petition.

He said the owners would file a writ petition against the eviction notice issued by Maradu municipality in Kerala High Court on Monday.

Former Union environment minister Jairam Ramesh tweeted his support to the flat owners and noted that, “in a similar case of violation it (SC) imposed on DLF (in Kochi) & regularised. It had stayed the demolition of Adarsh housing complex in Mumbai. Why such differential treatment?”

With just a day to go for the eviction deadline set by the Maradu municipality, political leaders visited apartments on Saturday and assured the flat owners of all possible help.

CPM state secretary Kodiyeri Balakrishnan assured that the residents would not have to vacate “today or tomorrow”.

“The state government will help in every legally possible way because the flat owners have not committed any crime. It is the builders and officials who are responsible for the violations. But they escaped, leaving all the responsibility on the flat owners,” Balakrishnan told reporters after meeting the aggrieved residents.

“This is an extraordinary situation. Yet, the chief minister has not uttered a word. He should speak out on this issue that affects hundreds of families,” said Chennithala. But there have been voices against allowing any concession.

Actor Shammy Thilakan came up with a contrarian view in his Facebook post on Friday. “Should the wealthy flat owners in Maradu get the compassion that was denied to the poor of Moolampilly?” he asked citing how poor families were evicted in 2008 in a nearby island.

Ten families were forcibly evicted from their homes in Moolampilly to make way for road and rail connectivity for the Vallarpadam International Container Transshipment Terminal in Kochi 11 years ago.