Goa minister Vishwajit Rane denies it's his voice in the tape 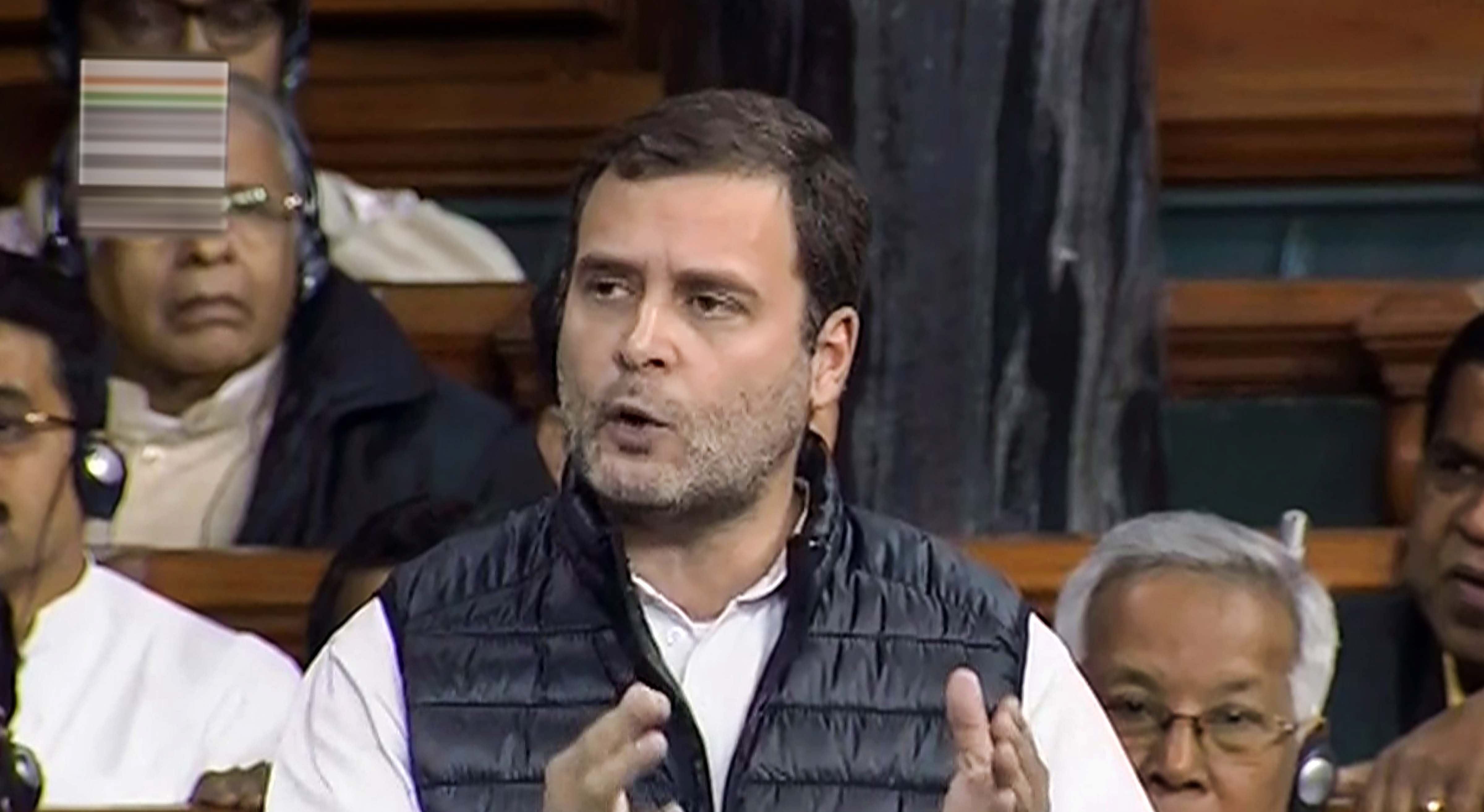 Sparks flew in Parliament over a taped phone conversation in which one of the speakers, purported to be Goa minister Vishwajit Rane, was heard telling his listener that all the Rafale deal files were lying in chief minister Manohar Parrikar's bedroom.

The voice, purported to be of Rane's, claimed that Parrikar said this about the Rafale files in a cabinet meeting. Rane later told the media on Wednesday that the tape was doctored by the Congress. Rane said he had told BJP president Amit Shah that he had asked the state government to order an inquiry into the matter.

In the tape, the voice purported to be Rane's says: 'The chief minister made a very interesting statement. That I have all the information of Rafale in my bedroom....that means he is holding them to ransom. He said it is in my bedroom here only in my flat, each and every document on Rafale.'

Finance minister Arun Jaitley said the tape was 'false and fabricated'. He said Rahul may have to face a privilege motion and even expulsion in case the tape turns out to be fabricated.

Parrikar termed the audio clip as Congress's desperate attempt to fabricate facts after the Supreme Court exposed the 'lies' of the Opposition party. He tweeted: 'The audio clip released by the Congress party is a desperate attempt to fabricate facts after their lies were exposed by the recent Supreme Court verdict on Rafale deal. No such discussion ever came up during Cabinet or any other meeting.'

Earlier in the day, the Congress demanded answers from Prime Minister Narendra Modi on the purported claim and asked if this was the reason why a joint parliamentary committee (JPC) probe was not being ordered.

Congress chief spokesperson Randeep Surjewala came out with the taped conversation between Rane and another person, whose identity is unclear. 'Now it is clear that the 'chowkidaar is chor' (the watchman is a thief),' Surjewala told reporters targeting Modi.

'Now the Prime Minister should answer. The country is demanding answers as to what secrets in the Rafale 'scam' are lying inside Manohar Parrikar's flat and bedroom,' he claimed. 'New evidence busts 'chowkidar's' worst kept secrets. What is Modi government hiding.... Is this the reason why a JPC probe is not being ordered?' he asked.

In the Lok Sabha, Rahul sought the Speaker's permission to play the audio tape, as he mounted a fresh offensive against Modi, saying he does not have the 'guts' to come to Parliament to confront questions and that he 'hides' in his room.

Amid an uproar, which caused brief adjournment of the House proceedings, Rahul said he would not play the tape or authenticate it, prompting Jaitley to say that he was 'scared' as he knew it was false. 'This man lies and lies repeatedly,' Jaitley said.