The leak that killed 11 people, came from styrene, the principal raw material at the plant 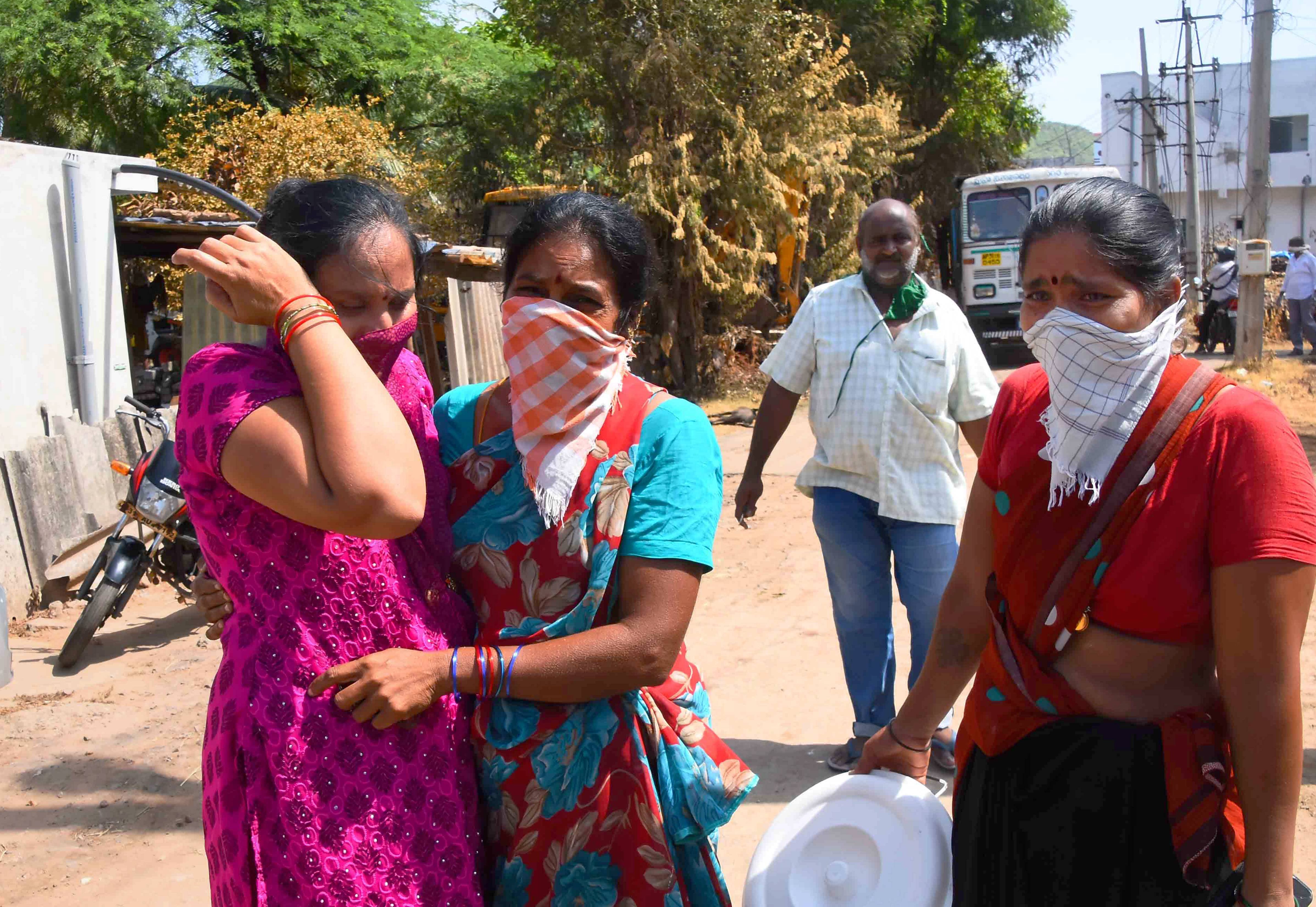 Police have filed a culpable homicide complaint against an LG Chem subsidiary over a toxic gas leak at its chemical plant in Visakhapatnam that killed 12 people and forced 800 into hospital for treatment from poisoning.

All the chemical tanks in the plant are safe as 60 per cent of the styrene vapour has polymerised so far, district collector V. Vinay Chand said on Friday.

The leak came from styrene, the principal raw material at the plant, which makes polystyrene plastic used in cutlery, cups and packaging for cosmetics.

In a report submitted to chief minister Y.S. Jagan Mohan Reddy during a video conference earlier, the collector had said it might take 1824 hours for the remaining vapour to polymerise, a process to bring down the temperature below 20°Celsius where styrene remains in its original liquid form, and turn safe.

The Andhra Pradesh government said the situation in the region was now “safe” and there was no need for panic as experts were engaged in neutralising the gas leak impact.

“We have taken all measures to plug the leak completely and experts are closely monitoring the situation. The situation is now fully under control,” the collector added.

Earlier on Friday, authorities doubled the evacuation area around the factory to a 5km radius, waking residents in the middle of the night and herding them into buses in case more poison should escape.

The police took to the streets with loudhailers to tell residents to leave their homes and board the buses, said Sheikh Salim, a 21yearold fruit seller who lives about 2.5km from the plant.

LG Chem, South Korea’s biggest petrochemical firm, said on Friday it had asked the police to expand the evacuation zone as a “precautionary measure”, because temperatures in storage tanks might rise. “We are taking necessary measures, including putting water into the tank,” the company said in a statement.

N. Surendra Anand, a fire officer in Visakhapatnam district, told Reuters that the expanded evacuation was triggered because more gas had escaped from the plant.

A copy of the police complaint filed against the management of LG Chem’s subsidiary LG Polymers, reviewed by Reuters, cited several counts of negligence and culpable homicide.

The report, which precedes a full police investigation and potential charges, refers to negligent handling of poisonous substances and causing hurt and endangering public life. An LG Chem spokesman in Seoul declined to comment on the report.

The National Green Tribunal has formed a five member committee to investigate the leak.

LG Chem shares fell 2.4 per cent in early trade on Friday, before regaining some ground to be down 0.6 per cent against the broader South Korea market’s 1 per cent gain. The stock lost nearly 2 per cent on Thursday.

The factory was in the process of reopening after a weekslong shutdown imposed by Indian authorities to curb the spread of the novel coronavirus, local officials and the company said.

The leak has led to fears of a backlash against Korean businesses in India, where Samsung Electronics, Hyundai Motor and others have a large presence. “We are very cautious and keeping a low profile,” an official at Korea International Trade Association in India said.

The trade body on Thursday sent a letter to member companies calling for “thorough” maintenances to prevent accidents, as companies prepare to reopen plants following the relaxation.