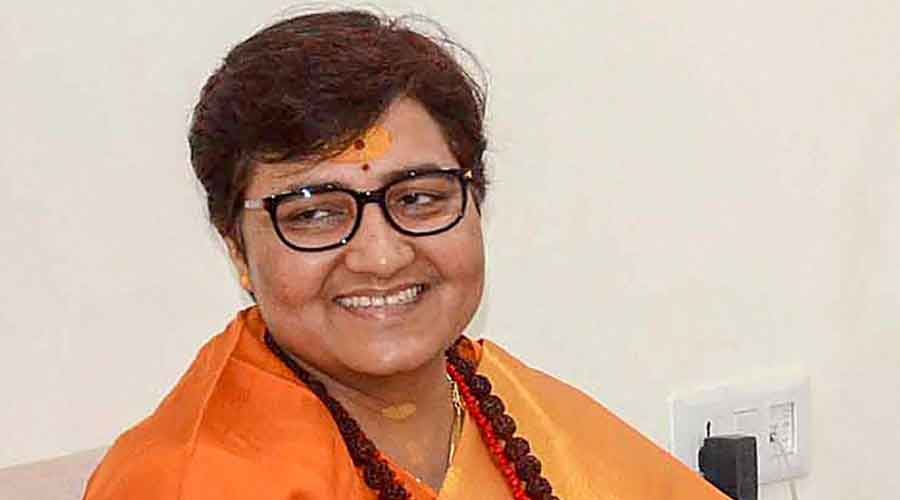 A purported video of Bhopal’s BJP MP Pragya Singh Thakur, who usually moves in a wheelchair citing health issues, walking and dribbling a ball before netting it in a basketball hoop, has gone viral on social media.

Her act has left many surprised, with the Madhya Pradesh Congress saying that it was delighted to see Thakur trying her hand at basketball  given that it was so far under the impression that she could not even stand or walk.

Thakur had gone to attend a sapling plantation event at Saket Nagar here on Thursday where she spotted some players practising on a basketball ground, sources said. The saffron-robed BJP leader went to the basketball court and showcased her skills. She dribbled the ball with right hand and netted it with perfection amid cheers as seen in the video.

Congress spokesman Narendra Saluja said: “I have seen MP Sadhvi Thakur wheelchair-bound so far. But today, I am delighted to see her hands at basketball at the stadium…. May God keep her healthy always,” he said.

Thakur’s elder sister Upama Singh described the incident as a “small thing”.  “Many of you might not know that she has done a certificate course in physical education and bachelor of physical education. She was fit and fine before her going to jail, where she was tortured and tormented,” her sister told PTI.

Thakur, an accused in the 2008 Malegaon blast case, had filed an application in court seeking permanent exemption from personal appearance on medical and other grounds.