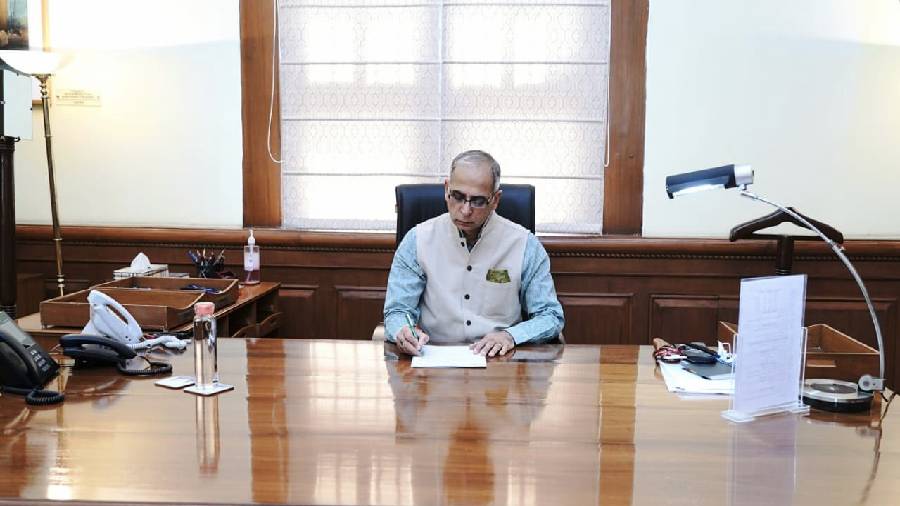 Seasoned diplomat Vinay Mohan Kwatra on Sunday took charge as India’s new foreign secretary at a time New Delhi is dealing with various geopolitical developments including the crisis in Ukraine.

Kwatra was serving as India’s envoy to Nepal before assuming the charge of the foreign secretary.

Kwatra is known to be having extensive expertise in dealing with India’s neighbourhood as well as the US, China and Europe.

He took charge as the 34th foreign secretary at a time India is dealing with various geopolitical developments including the Ukraine conflict, the severe economic crisis in Sri Lanka and situation in Afghanistan and developments in the Indo-Pacific.

Before his diplomatic posting to Nepal in 2020, he served as the Ambassador of India to France from August 2017 to February 2020.

A career diplomat with over 32 years of experience, Kwatra has also held the position of a Joint Secretary in the Prime Minister’s Office (PMO) for two years between October 2015 and August 2017.

Kwatra headed the Policy Planning & Research Division of the Ministry of External Affairs between July 2013 and October 2015 and later served as the head of the Americas Division in the Foreign Ministry where he dealt with India’s relations with the US and Canada.

China expert Naveen Srivastava is tipped to succeed Kwatra as India’s next ambassador to Nepal. Srivastava, presently Additional Secretary, handling the East Asia desk in Ministry of External Affairs is the man who has been an integral part of India-China military commanders meeting to defuse the situation in East Ladakh after PLA transgressed across the Line of Actual Control (LAC) in May 2020.

While Srivastava, a 1993 batch IFS officer, will be handle the sensitive relations with Nepal, there is very strong possibility of his batchmate Sudhakar Dalela, presently Deputy Chief of Mission in Washington, to be appointed as Ambassador to Bhutan with incumbent Ruchira Kamboj expected to take over as India’s permanent envoy to UN after incumbent T S Tirumurti attains superannuation in June 2022.