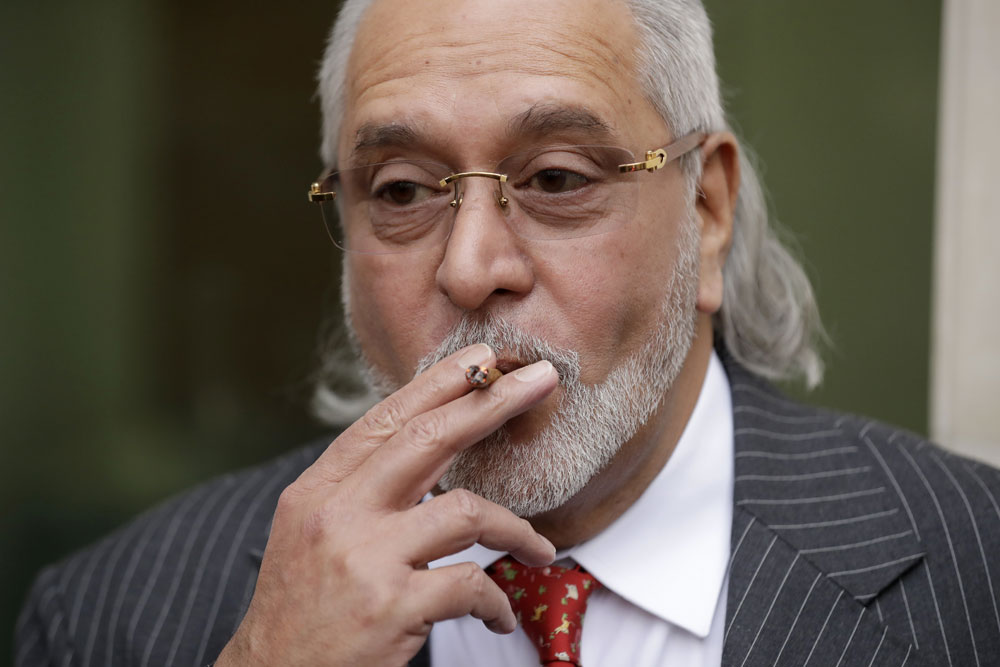 In a huge legal blow to Vijay Mallya, the embattled liquor baron on Thursday lost his application seeking leave to appeal his extradition to India in the UK Supreme Court, setting a 28-day clock on his removal from the UK.

The UK top court's decision marks a big legal setback to the 64-year-old flamboyant businessman, who last month lost his High Court appeal against an extradition order to India on charges of fraud and money laundering related to unrecovered loans to his now-defunct Kingfisher Airlines.

Mallya had 14 days to file his latest application to seek permission to move the higher court on the High Court judgment from April 20, which dismissed his appeal against a Westminster Magistrates' Court extradition order certified by the UK Home Secretary.

The latest decision, referred to as a pronouncement , means that under the India-UK Extradition Treaty, the UK Home Office is now expected to formally certify the court order for Mallya to be extradited to India within 28 days.

The court having signified its intention to refuse to certify a point of law of general public importance with a view to an appeal to the Supreme Court, notes the pronouncement by Lord Justice Stephen Irwin and Justice Elisabeth Laing, the two-member bench at the Royal Courts of Justice in London presiding over the appeal.

It sets the 28-day required period', as defined by Section 36 and Section 118 of the UK Extradition Act 2003, within which the extradition must be carried out.

The UK Crown Prosecution Service (CPS) said Mallya's appeal to certify a point of law was rejected on all three counts of hearing oral submissions, grant a certificate on the questions as drafted, and grant permission to appeal to the Supreme Court. The government of India response to the appeal application had been submitted earlier this week.

The case will now make its way back to UK Home Secretary Priti Patel to formally certify the extradition order, with Mallya's removal expected to take place within 28 days.

Earlier on Thursday, Mallya took to Twitter to reiterate his plea for the Indian government to take the money owed to the Indian PSU banks.

'Please take my money unconditionally and close,' he said.

The leave to appeal to the Supreme Court is on a point of law of general public importance, which according to experts is a very high threshold that is not often met.

As a further step, in principle, Mallya can also apply to the European Court of Human Rights (ECHR) in Strasbourg, France, to prevent his extradition on the basis that he will not receive a fair trial and that he will be detained in conditions that breach Article 3 of the European Convention on Human Rights, to which the UK is a signatory.

The coronavirus pandemic might also cause a temporary delay, due to the UK's obligations under the European Convention on Human Rights, relating to inhuman and degrading treatment or punishment.

However, the threshold for an ECHR appeal is also extremely high, with very limited chance of success in Mallya's case because he would also have to demonstrate that his arguments on those grounds before the UK courts have been previously rejected.

Therefore, the dismissal of the High Court appeal last month and the rejection for a further leave to appeal this week marks a major turning point for the Central Bureau of Investigation (CBI) and Enforcement Directorate (ED) case against the businessman, who has been on bail in the UK since his arrest on an extradition warrant in April 2017.

Mallya, declared a fugitive by India, has been based in the UK since March 2016 and remains on bail on an extradition warrant executed three years ago by Scotland Yard on April 18, 2017.

The High Court verdict in April upheld the 2018 ruling by Chief Magistrate Emma Arbuthnot at the end of a year-long extradition trial in December 2018 that the former Kingfisher Airlines boss had a case to answer in the Indian courts.

Mallya has in the past been called the 'King of Good Times' for his lavish lifestyle.

She found there was clear evidence of dispersal and misapplication of the loan funds and accepted a prima facie case of fraud and a conspiracy to launder money against Mallya, which has now also been accepted by the High Court.

The Chief Magistrate had also dismissed any bars to extradition on the grounds of the prison conditions under which the businessman would be held, as she accepted the Indian government's assurances that he would receive all necessary medical care behind bars at Barrack 12 in Arthur Road Jail in Mumbai.

India and the UK have an Extradition Treaty signed in 1992 and in force since November 1993. Two major extraditions have taken place under this Treaty so far Samirbhai Vinubhai Patel, who was sent back to India in 2016 to face trial in connection with his involvement in the post-Godhra riots of 2002, and more recently alleged bookie Sanjeev Chawla, sent back in February this year to face match-fixing charges.