Vigilance chief who took role amid cry of ‘disaster’ 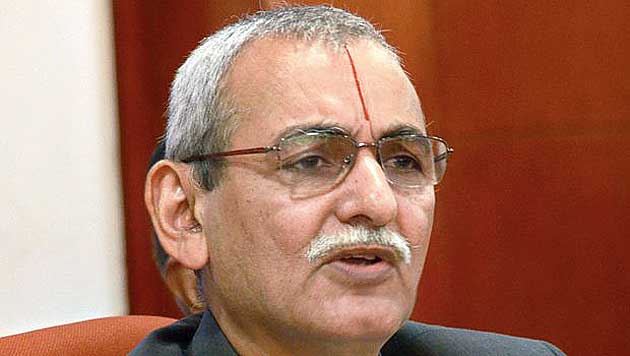 Days before K.V. Chowdary’s appointment as CVC, Bhushan and Ram Jethmalani had written separately to the Prime Minister that the officer was unsuitable for the post.
Telegraph file picture
Imran Ahmed Siddiqui   |   New Delhi   |   Published 13.01.19, 09:33 PM

Central vigilance commissioner K.V. Chowdary, now in the limelight for probing corruption allegations against ousted CBI director Alok Verma, was himself under the Supreme Court’s scrutiny over accusations of graft that a non-government organisation had levelled against him.

The apex court had, however, dismissed in July last year the petition that the NGO, Common Cause, had filed for an order to quash Chowdary’s appointment.

It was the second time that the appointment of the CVC — the main anti-corruption watchdog in the absence of a Lok Pal — had come under judicial scrutiny.

Earlier, in 2011, the court had set aside the appointment of the then CVC, P.J. Thomas, as he was facing prosecution in a corruption case at that time.

In Chowdary’s case, the top court had said that complaints accusing him of not having a “clean record” could not be taken at face value.

Chowdary, a 1978-batch Indian Revenue Service officer, had been appointed head of the Central Board of Direct Taxes (CBDT) by the Narendra Modi government before being named the central vigilance chief in June 2015 after his retirement.

Lawyer-activist Prashant Bhushan, who had appeared for the NGO, had brought up Chowdary’s “dubious” credentials, saying his name had figured in a diary maintained at the residence of former CBI director Ranjit Sinha, who is facing corruption charges.

He had also alleged that Chowdary did not take action in the controversial Niira Radia phone-tapping case when he was posted in the income tax department that works under the CBDT.

The controversy relates to taped telephonic conversations between Radia, a political lobbyist, a then minister and senior journalists, politicians and corporate houses.

The petitioner, Common Cause, had argued that Chowdary’s appointment went against the concept of institutional integrity that says the government must refrain from appointing tainted persons to key posts such as the CVC. This ruling had come in the case involving Thomas.

A bureaucrat posted in the Union home ministry said Chowdary was the first officer outside the Indian Administrative Service to be appointed chief of the anti-corruption watchdog.

“He is said to be close to a powerful Union minister and it was he who had proposed the name of Chowdary to Prime Minister Modi for the CVC’s post. He is the first non-IAS officer to be appointed CVC as the post is traditionally earmarked for a retired IAS officer,” the bureaucrat said.

Days before Chowdary’s appointment as CVC, Bhushan and veteran lawyer Ram Jethmalani had written separately to Prime Minister Modi that the officer was unsuitable for the post.

“This is the greatest disaster that will fall on this unfortunate nation,” Jethmalani had written before making some sweeping allegations.

In an earlier letter, Jethmalani had questioned the Modi government’s decision to make Chowdary an ex-officio member of the special investigation team on black money.

Soon after the government announced Chowdary’s appointment as the new CVC chief on June 6, 2015, Jethmalani had written another letter to Modi saying there was no point raising the issue with the Prime Minister any more.

He had signed off with the words: “My diminishing respect for you ends today.”

Bhushan, in his letter, had opposed Chowdary’s appointment saying “his name figures four times in the list of persons who visited former CBI director Ranjit Sinha at his official residence” in 2014 when he was being probed by the CBI in a scam.

The CBI had later cleared Chowdary’s name in the controversy.

Chowdary, during his stint in the income tax department, had headed the probe into money-laundering allegations against meat exporter Moin Qureshi.

Both Verma and his benched deputy, Rakesh Asthana, have accused each other of taking bribes from a Hyderabad businessman, Satish Sana, an accused in the Moin Qureshi case, to sabotage the probe.

Chowdary could not be reached for comment despite several attempts by this newspaper on Saturday.