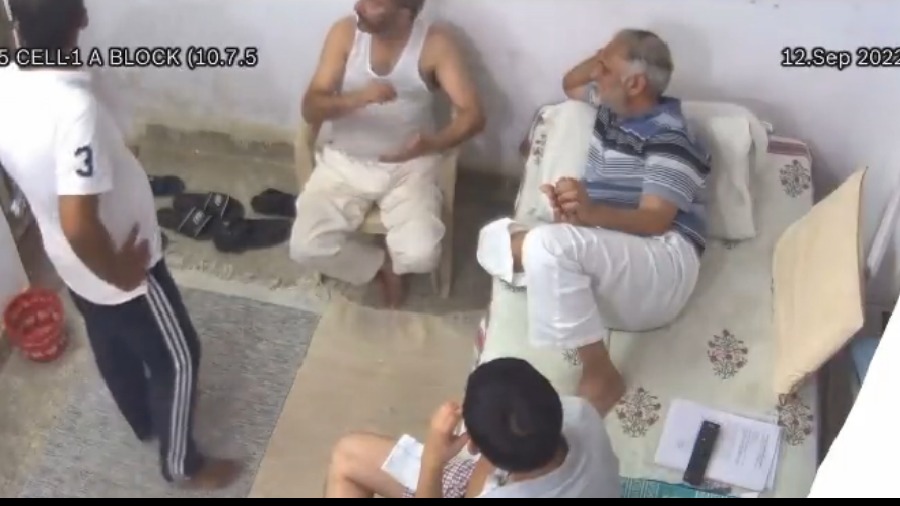 Jain, who is in the eye of a political storm over leaked videos purportedly showing him getting massages and other special facilities in the jail, has urged a court here to put a stop on CCTV camera footage of his cell being "leaked" to the media.

The purported video of the Aam Aadmi Party (AAP) leader meeting the jail superintendent was shared on social media by some BJP leaders.

Earlier this month, a Tihar jail superintendent was suspended for alleged involvement in providing "special treatment" to Jain, who is in prison since May 31 in a money laundering case registered by the Enforcement Directorate (ED).

Sources had said that the suspended officer, Ajit Kumar, was the superintendent of jail number 7 in the prison complex and was from the DANICS cadre.

Jain could be seen in earlier purported videos getting back and foot massages in his cell, reading some documents and talking to visitors while lying on a bed. Mineral water bottles and a remote are also seen. In one video, he was seen getting a head massage while sitting on a chair.

BJP leaders had alleged that he was getting massages from a rape accused. It was also alleged by them that Jain was getting facilities inside the jail against rules.

The AAP had earlier said the BJP is trying to malign the image of Delhi Chief Minister and its national convener Arvind Kejriwal ahead of the December 4 Municipal Corporation of Delhi polls as it has no real issues to talk about.

On the massage videos, the Kejriwal-led party has said Jain was receiving physiotherapy in the jail.

The ED probing the money laundering charges against Jain had claimed in a court that he was getting "special treatment" inside the Tihar jail. It had also presented CCTV footage to substantiate the claim.

The agency on Tuesday told a Delhi court that it had no role in the alleged leakage of CCTV footage of Jain reportedly getting special treatment inside the prison cell. The jailed AAP minister had filed a plea seeking contempt proceedings against the agency for allegedly leaking the videos to the media.

Delhi: Jain to get food as per rules