An unnamed woman has alleged that the writer-cum-comedian, who was a year senior to her at the Banaras Hindu University, had engaged in sexual misconduct when they were part of a dramatics society 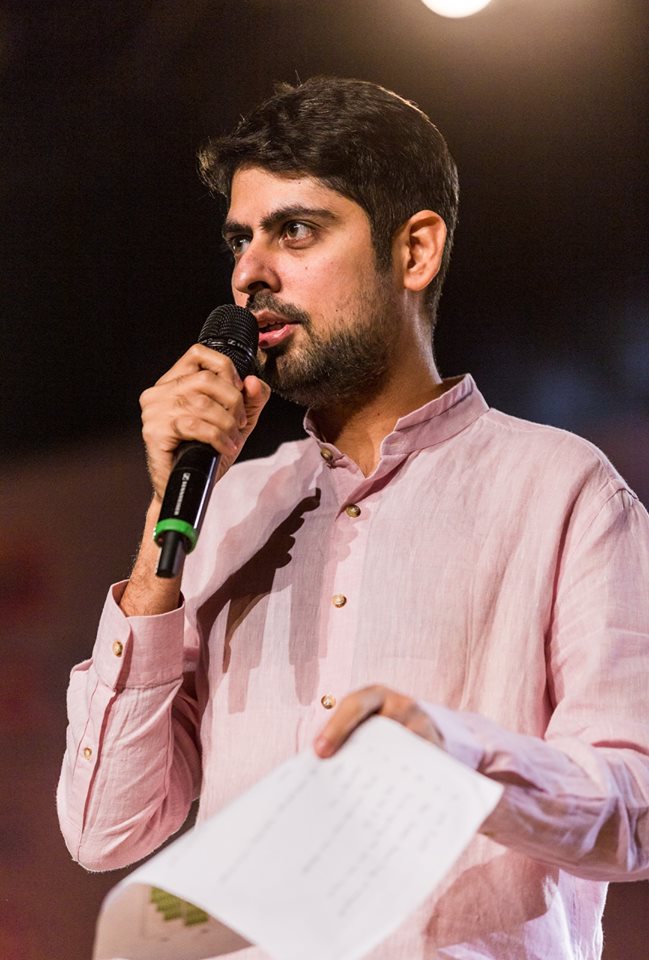 Writer-lyricist Varun Grover has categorically denied the sexual harassment allegations levelled against him by an anonymous person during his college days, calling it an attempt to silence his voice in the #MeToo movement.

Grover, who is one of the few people from the film industry who has been vocal about gender equality, said the screenshot doing the rounds on the social media was “untrue” and “misleading”.

“I completely, totally, categorically deny all the allegations being made. The screenshot in question is untrue, misleading, and defamatory to say the least,” Grover posted on Twitter.

In a second and more detailed statement, the screenwriter offered a point-by-point rebuttal about the details mentioned in the accusatory screenshot and said they can be cross-checked further.

“The account shared is rife with inconsistencies, blatant lies and details that can be cross-checked very easily with any of hundred or more students who were performing or keenly watching theatre in my college at that time,” he wrote in the statement, posted on Twitter.

Here's my detailed statement about the completely fabricated, misleading, and defamatory allegations against me. Am absolutely willing to cooperate and clear my name. Let's not allow such agenda-driven tactics to derail this movement please. pic.twitter.com/VTFeIjygcl

Grover, 38, said none of the sequence of the events described in that anonymous screenshot ever happened.

“I deny all of it with all the conviction I have in my bone. At the least, it smells like a case to silence my voice at this important time in the #MeToo moment. But in the larger context, it could be a ploy to muddy the waters and sabotage the entire movement all together,” he said.

Grover, who is also active as a stand-up comedian and known for his anti-establishment satire, said he was ready to submit himself to any “legal or independent” inquiry.

“I know it is hard to reconcile the two – ‘believe women’ and ‘don’t put any allegations on me’. I have been thrown this curve ball and I will find a way but at the end of the day, a complete lie can’t be allowed to roam free while truth sits concerned in a dungeon. I have complete faith in my own innocence and integrity and will be happy to face any inquiry (legal or independent) and present my case if the person in question decides to go ahead,” he said.

“I have never touched any person inappropriately in my life. To sum it up, this play or anything in its vicinity, in terms of themes or characters never happened...

“I know it would be disheartening for so many people to read these allegations about me and I understand if you want to keep distance or believe them for now. But I will promise you, I will clear my name from this defamatory tactic. Till then, keep #MeToo alive and don't let such stray cases hamper your spirits,” he added.

Filmmakers Anurag Kashyap and Neeraj Ghaywan, who have frequently collaborated with Grover, came forward in the writer’s support.

“This man I have known so closely and so so long that I refuse to believe any allegations about him. #believethevictim and investigate the claims and also be careful to not let vested interests sabotage a long pending genuine movement,” Kashyap tweeted.

This man I have known so closely and so so long that I refuse to believe any allegations about him . #believethevictim and investigate the claims and also be careful to not let vested interests sabotage a long pending genuine movement https://t.co/A4bkVgF9Hb

Ghaywan, who has worked with Grover on Maasan, said it was impossible for him to believe that the writer would do such a thing.

“I know Varun for the large part of my life. I can never believe he would do such a thing. Never. Those allegations reek of vindictive behaviour and not a shred of truth in them. Absolutely, 100 per cent, in solidarity with his statement below,” he tweeted.

The director said it was appalling how “such slanderous allegations are trying to sabotage the #MeToo movement in India”.

“Varun is someone who is truly putting his weight and career behind for this movement. It is horribly irresponsible of whoever is behind this to malign him,” he added.

Ghaywan said his response to the allegations against Grover was emotional.

“This is my truth, what I believe in and I wanted to put it out there. You can wait for the truth to come in due course.”