The woman, who requested anonymity, posted her statement through the Twitter handle of a journalist 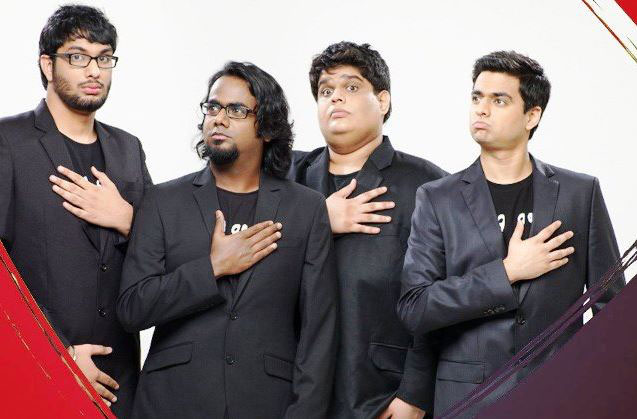 'It makes me sick to see people celebrate him when they don't know the context and costs.”

Khamba acknowledged misbehaving on being rejected but said he never violated her consent.

'I am aware of the person who's stated the incident... in 2015 we had hooked up consensually multiple times. But I categorically deny the incident mentioned in October and December. I was not forceful.

”It is true that I developed feelings for her while she was dating someone else. During that time, given our friendship and history, I felt rejected and was angry and did not behave appropriately at all. It had become a toxic relationship and I'd like to apologise unconditionally for it like I had done in the past. That behaviour was extremely uncalled for. She rightly stopped talking to me,” Khamba said.

He said the woman reached out to him and they tried being friends again, but he was already in a relationship with his now wife.

'She was uncomfortable with our past history because of which I stopped talking to her. I'm sorry for my bad behaviour and all he hurt it caused her but I categorically deny any violation of consent,” he added.

The revelation comes in the wake of a former member of AIB company, Utsav Chakraborty being accused by multiple women of sending his unsolicited nude pictures.

AIB had said last week that it has decided to de-list every video featuring the comedian.

Utsav had apologised for his behaviour in a series of tweets and said he has “no excuse” for it.

One of the founding members of group AIB, Gursimran Khamba, has been accused by a woman of misconduct but comedian has categorically denied “any violation of consent”.

The woman, who requested anonymity, posted her statement through the Twitter handle of a journalist.

She said she and the comedian had “hooked up two-three times, consensually and continued being friends” but things escalated when on two separate occasions, Khamba tried “repeatedly to make out with me while we were hanging out”.

'He lay down on top of me on the couch, I had to physically shove him away, turn my face or push his. He would then stop. And we would hang out, ignoring the entire thing. I continued being friends with him.”

The woman said the comic later realised he had feelings for her but by that time she was already in a relationship.

'This led to drunk calls, threat to ruin friendships, emotional blackmail and (emotional) abuse that went on for five months. In 2016, in Delhi, when we hung out, he wanted to come over, I said no. He said he didn't want to do anything, just spend time with me. I don't disbelieve this. But I said no. This was followed by him being angry and nasty and abusive.

”My equation with him has led to incredible stress, anxiety and a burden I carry even today in terms of how I conduct myself and navigate relationships, trust and general insecurity issues,” she said.

The woman said she decided to come forward because she was sick of the hypocrisy when he is “lauded as a smart, level headed woke” man.