Drill in Valley: Call reporters and beat them 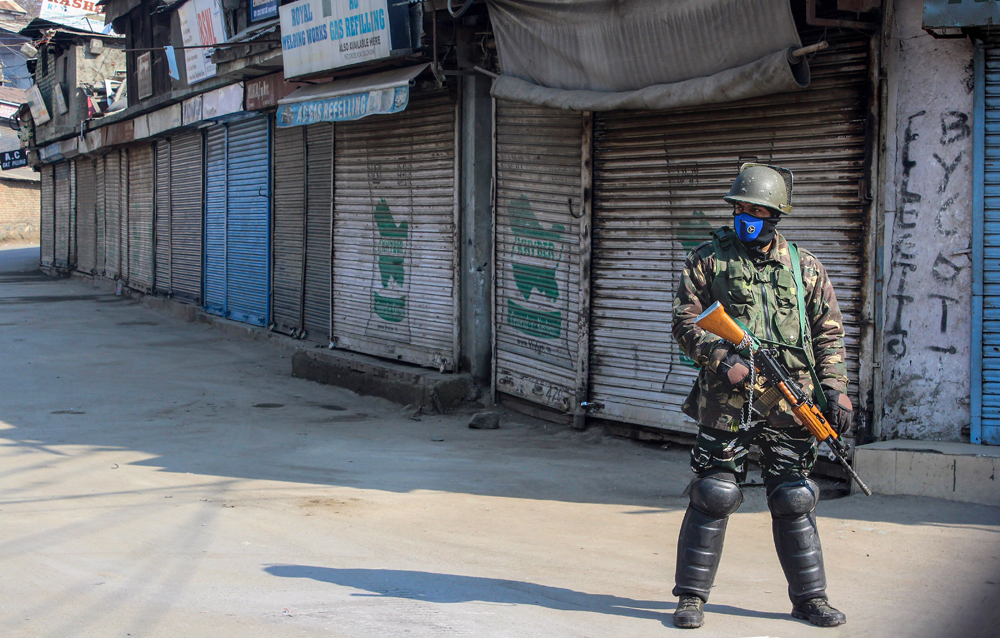 Journalists in Kashmir have broken their silence on alleged police excesses, listing specific instances of assaults, threats and intimidation to reveal their sources during the six-month lockdown linked to the revocation of the special status of Jammu and Kashmir.

None of the journalists revealed their sources. Source protection or source confidentiality is one of the pillars of independent journalism that journalists have zealously guarded in parts of the world, risking imprisonment and worse. Source protection is based on a recognition that without a credible guarantee of anonymity, many would be deterred from sharing information of public interest with journalists.

The Kashmir Press Club convened a formal meeting on Monday to express concern. All journalist associations in the Valley joined the meeting.

The journalists blamed the government for failing to provide an enabling environment to operate freely.

The immediate trigger for the meeting was the recent questioning by police of two journalists for carrying a statement of the Jammu and Kashmir Liberation Front (JKLF).

Senior journalist Naseer Ganai, who works with Outlook magazine, and journalist Haroon Nabi were summoned to the counter-insurgency centre on February 8, where they were questioned for reporting a JKLF statement.

“I was asked to reveal the email ID from which I had got the statement,” a Press Club statement quoted Ganai as saying.

At a meeting with journalists later, Valley police chief Vijay Kumar had defended the decision to question the journalists, saying the JKLF was a banned organisation and its call for a shutdown amounted to instigating the people.

A spokesperson for the Press Club pointed out that journalists faced a prolonged Internet shutdown since August 5, which was a crippling obstacle in performing professional duties.

“The harassment and questioning of journalists in Kashmir on flimsy grounds by the J&K Police for their work is, in fact, a damning verdict on the appalling condition in which media is operating.”

The spokesperson said the restrictions on the Internet and “forcibly seeking undertakings from news organisations for allowing limited Internet access, constant surveillance by police and physical attacks and summons” were all “tools designed and aimed to ensure (that) only (the) government-promoted version is heard outside”.

“However, the meeting today made it clear that journalists are within their rights to report about the happenings from Kashmir impartially and truthfully.”

“On August 14, 2019, government forces barged into my house and detained me. I was kept inside the police station for a night. My family reached the media facilitation centre where they along with the media briefed the government about my detention and then finally I was released,” the Press Club quoted Irfan as saying.