Vadra questioned for second day in a row by Enforcement Directorate 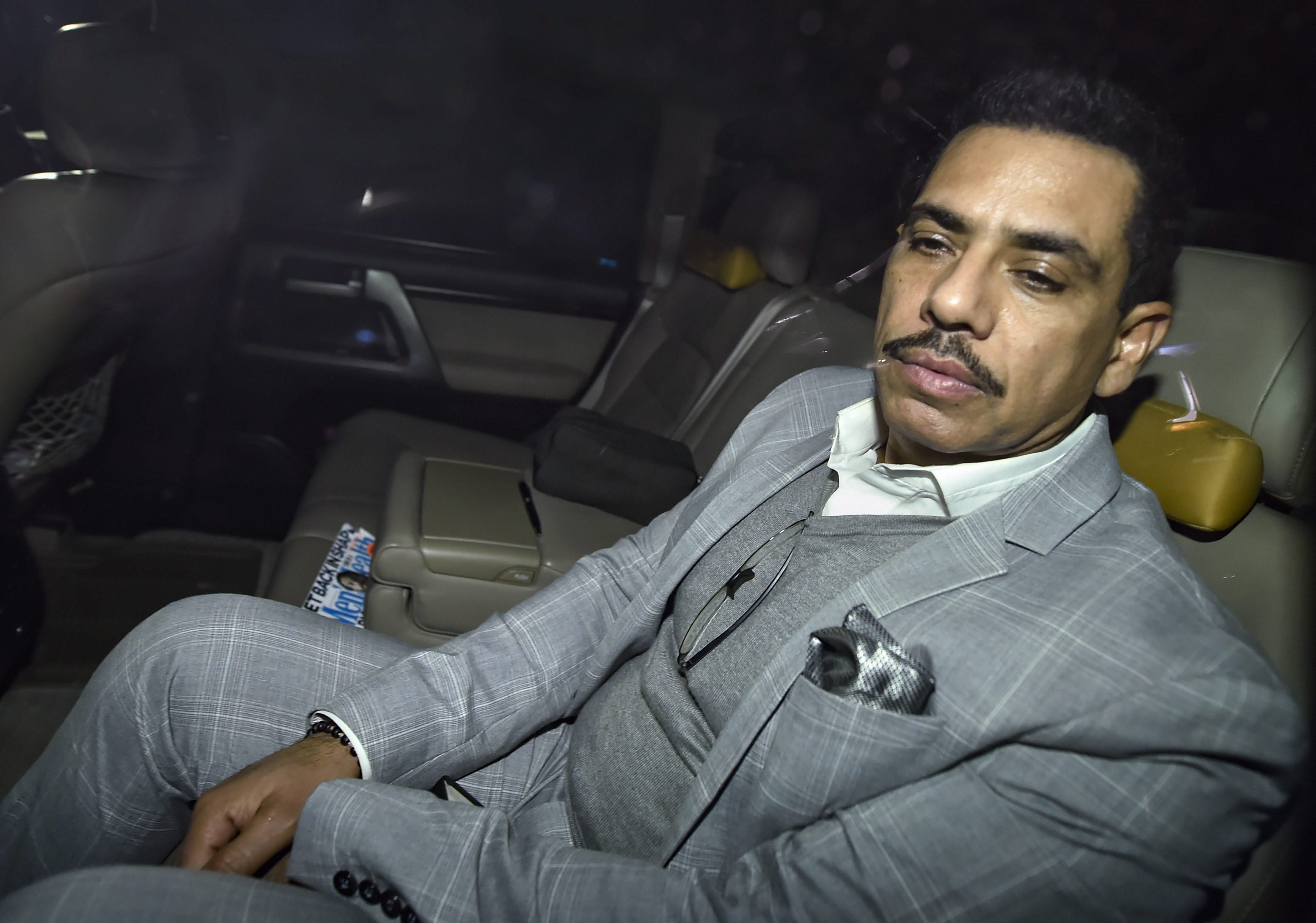 Robert Vadra, Congress chief Rahul Gandhi's brother-in-law, appeared before the Enforcement Directorate for the second day on Thursday in connection with a probe into allegations that he laundered money to purchase illegal foreign assets.

Vadra, who was grilled for five-and-a-half hours for the first time in the case on Wednesday, arrived at the ED office in Jamnagar House in central Delhi at 11.25 am, about an hour after his team of lawyers.

Officials said Vadra was required to rejoin the probe on Thursday as he needed to answer more questions on allegedly acquiring immovable assets in the UK.

His statement will be recorded under the Prevention of Money Laundering Act (PMLA) as was done on Wednesday, they added.

He was asked about a dozen questions by three ED officials, among them the investigating officer in the case.

His appearance before the ED on Wednesday acquired political overtones with his wife Priyanka Gandhi, recently appointed Congress general secretary in charge of eastern Uttar Pradesh, accompanying him to the investigating agency's office. She took charge of her new post at the Congress' national headquarters on Akbar Road after that.

'He is my husband, he is my family... I support my family,' Priyanka said in a show of support to Vadra, who returned from London on Wednesday.

This is the first time that Vadra is appearing before any probe agency in connection with alleged dubious financial dealings.

On February 2, he was directed by a Delhi court to appear before the central probe agency and cooperate after he knocked at its door seeking anticipatory bail in the money laundering case.

Vadra has denied allegations of possessing illegal foreign assets and termed these a political witch-hunt against him. He said he was being 'hounded and harassed' to subserve political ends.

His lawyer said Wednesday night that Vadra had replied to every question put to him.

The ED case against Vadra relates to allegations of money laundering in the purchase of a London-based property located at 12, Bryanston Square worth 1.9 million GBP, which is allegedly owned by him.

The agency also told the court that it had received information about various new properties in London which belong to Vadra. These include two houses, one worth 5 million GBP and the other 4 million GBP, six other flats and more properties.

In December last year, the ED conducted raids in the case and grilled his close aide Manoj Arora, an employee of Skylight Hospitality LLP, a firm linked to Vadra as well as others.

The agency told the court that it filed a PMLA case against Arora after his role cropped up during the probe of another case by the Income Tax Department under the 2015 anti-black money legislation against absconding defence dealer Sanjay Bhandari.

It alleged that the London-based property was bought by Bhandari for 1.9 million GBP and sold in 2010 for the same amount despite incurring additional expenses of approximately 65,900 GBP on its renovation.

The BJP seized on the questioning of Vadra on Wednesday to attack the Congress and alleged that he got kickbacks from petroleum and defence deals took place during the UPA regime.

Vadra is also supposed to be present before the ED on February 12 in Jaipur in another money laundering case related to a land scam in Bikaner. The Rajasthan High Court had directed him to cooperate with the agency in the case.