Avalanche triggered by snowfall likely cause of flash flood: Geologist

Weather scientists, however, said heavy snow had been neither forecast nor observed in Chamoli district on Friday or Saturday 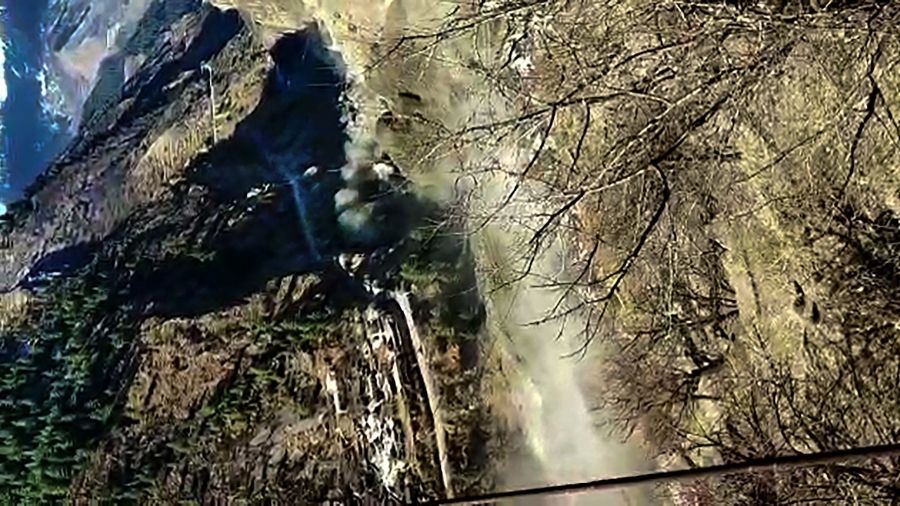 On Monday, Uttarakhand chief minister Trivendra Singh Rawat too said after a meeting with state government scientists, who had on Sunday suggested a glacial burst, that what had occurred was an avalanche.
PTI
G.S. Mudur, Piyush Srivastava   |   New Delhi   |   Published 09.02.21, 02:20 AM

An avalanche triggered by snowfall — and not glacial ice sundering — was the likely cause of Sunday’s devastation in Uttarakhand, scientists said on Monday using satellite imagery.

Weather scientists, however, said heavy snow had been neither forecast nor observed in Chamoli district on Friday or Saturday.

“A preliminary analysis suggests that heavy snowfall on Friday and Saturday led to an accumulation of a snow pile that caused an avalanche,” Santosh Kumar Rai, head of glacial studies at the Wadia Institute of Himalayan Geology, Dehra Dun, told The Telegraph.

He said the institute had sent five scientists to the site to reconstruct the sequence of events that led to the flash flood. They are expected to complete the survey in two or three days.

“We’ll have a report by the end of the week,” Rai said.

A satellite imagery analysis by scientists at the Indian Institute of Remote Sensing, Dehra Dun, suggested the accumulated snow pile was missing on Sunday, Rai said.

During the avalanche, the snow rolling down would have melt through friction. The gravel, mud and rocks it carried would have added momentum to the flood as it swept through the Niti valley in Chamoli.

Some scientists had on Sunday, relying on official descriptions of the trigger as a glacial burst, speculated that a chunk of glacial ice may have separated and led to a glacial lake outburst flood (GLOF), an event typically caused by heavy rain or snowfall.

But Rai said the terrain’s steep slope at the site makes the accumulation of water and the formation of a lake unlikely.

Daily avalanche warning bulletins from the Defence Geoinformatics Research Establishment, issued on Thursday, Friday and Saturday, had each assessed the “danger level” as “1”, meaning “generally safe conditions” with any snow on the slopes considered “generally stable with isolated instability”.

But scientists acknowledge that avalanches and landslides belong to a class of phenomena difficult to predict.

India Meteorological Department scientists, however, said snowfall had been mild to moderate in Chamoli district.

Observatories at Gairsain, Tharuli, Chamoli, Karnprayag and Joshimath – all sites within Chamoli district – had recorded rain or snow between 8.5mm and 12mm from 8.30am on Thursday to 8.30am on Friday, and none thereafter till Saturday, a senior IMD scientist said.

“These are amounts that we would label mild or moderate – not heavy,” the scientist told this newspaper. “But these are the amounts at the specific locations of our observatories – in mountainous terrain, there could be variations in the readings at different areas.”

Geoscientist Dan Shugar from the University of Calgary, Canada, had been among the earliest to suggest on the basis of satellite imagery on Sunday night that the flash flood in Chamoli had been caused by a large landslide onto a glacier.

On Monday, Uttarakhand chief minister Trivendra Singh Rawat too said after a meeting with state government scientists, who had on Sunday suggested a glacial burst, that what had occurred was an avalanche.

“Scientists of the Indian Space Research Organisation told us there was a landslide at a point where snowfall had taken place two or three days ago. As a result, lakhs of tonnes of ice slipped and led to the calamity,” he said.

It seems the theory of a glacier break was advanced initially because there are a large number of glaciers in Uttarakhand, including Dronagiri, Badrinath, Santopath, Hiprawamak and Bhagirathi in Chamoli district alone.

ISRO, DRDO scientists looking into cause